A New Era of Mission

In his book entitled “Anthropological Insights for Missionaries,” Paul G. Hiebert writes:
There is a gulf between ourselves and the people to whom we go in service.
There is an even greater gulf between the Bible’s historical and cultural setting and contemporary life.  How do we bridge these gulfs and make possible the effective cross-cultural and cross-historical communication of the gospel?  Clearly we need to understand the gospel in its historical and cultural setting.  Without this, we have no message.  We also need a clear understanding of ourselves and the people we serve in diverse historical and cultural contexts.  Without this, we are in danger of proclaiming a meaningless and irrelevant message.

Our mission, Asians For Christ, emphasizes the importance of solid and sound doctrine based on biblical truth as well as being sensitive with cultural setting of people we serve so that the message would not be misunderstood or be foreign to the people, and ultimately many lost souls would be reached with the Good News of Jesus’ redemption.

The Context of Lisu ethnicity
Lisu people live throughout several countries; China, Myanmar, India, Laos and Thailand.  Now a day, you will find some Lisu people in Malaysia, Australia and even in the United State of America.  They came to the USA first as political refugees and then holding the USA citizenship after living some years.  Out of approximately 2,000,000, 1/3 of the Lisu people are Christians. The majority of Lisu are spiritists.  Most of the Lisu in Myanmar and India are Christians, most of the Lisu in China and Thailand are nonbelievers, and not even one person of Lisu in Laos is nonbeliever.  Mission history confirms that Lisu Christians were the ethnic people who converted Chinese, Rawang, and Nu people in Myanmar and converted Lahu and Wa people in China.  Traditionally, the Lisu people had no written language.  The Lisu script was invented by J. O. Fraser, the first missionary of Lisu in the early 19th century.  It is common that the nonbelievers would not know how to read and write this script.  Indeed, most of them are illiterate.  In other words, they have not even known how to read the Bible.

The Incarnated Mission:
In order to incarnate the Word of God to the Lisu people in their cultural setting, we held the Lisu cultural conference and exhibition during Feb 28-March 4, 2014 in Chiangmai and Mae Hong Son provinces, Thailand.  Since many of Lisu people are animists and illiterate, our mission endeavors to promote the Lisu people who live in China, Myanmar, India, Laos and Thailand, to learn how to read and write Lisu so that they, whether they are believers or not, will be able to read God’s Word in their own language.

In February, we spent most of our time and effort to prepare this conference.  The conference turned out to be the real blessing from our living God and Lord.  It was well accepted, attended and supported by Christians and non-Christians, native people and missionaries.  We had over 60 Lisu key governmental leaders, both Christians and non-Christians, from several places in China, for instance; Nujiang, Baoshan, Dehong, Wexei and Lijiang.  We also had two Lisu senators and a minister from Myanmar and several thousands of Lisu people in Thailand participating at this conference.   The conference agreed to conclude that every Lisu whether being believers or non-believers should study the Lisu script.  Praise the Lord!

Why is teaching the Lisu script very important for mission works?  Because after learning the Lisu alphabets, the Bible is the only available tool for practicing the Lisu language.   In addition, we believe that the Bible is God’s Living Word, and after they read the Bible, God will work in their hearts and lead them to repentance, be baptized for the forgiveness of sins and to receive God’s salvation by His grace through faith in Jesus Christ (Ephesians 2:8-9).  We have seen that this is the only avenue for reaching out many lost souls among the Lisu people in China, Myanmar, Thailand and Laos.  Our ultimate goal has been reached and our efforts have been paid off because many Lisu people in China have requested us to teach them how to read and write in Lisu after the conference.  Praise the Lord!

Indeed, God is even moving ahead of us among the pagan government on this issue.  For instance, the government of Myanmar enacts the law that every Lisu needs to know the Lisu script.  The Chinese government also promotes this ideology.  Actually, this is the best chance for a mission work because only Christian workers are able to teach the Lisu script.  Now it is the time to harvest what we had sown at the conference.  Please keep this ministry in your prayers! 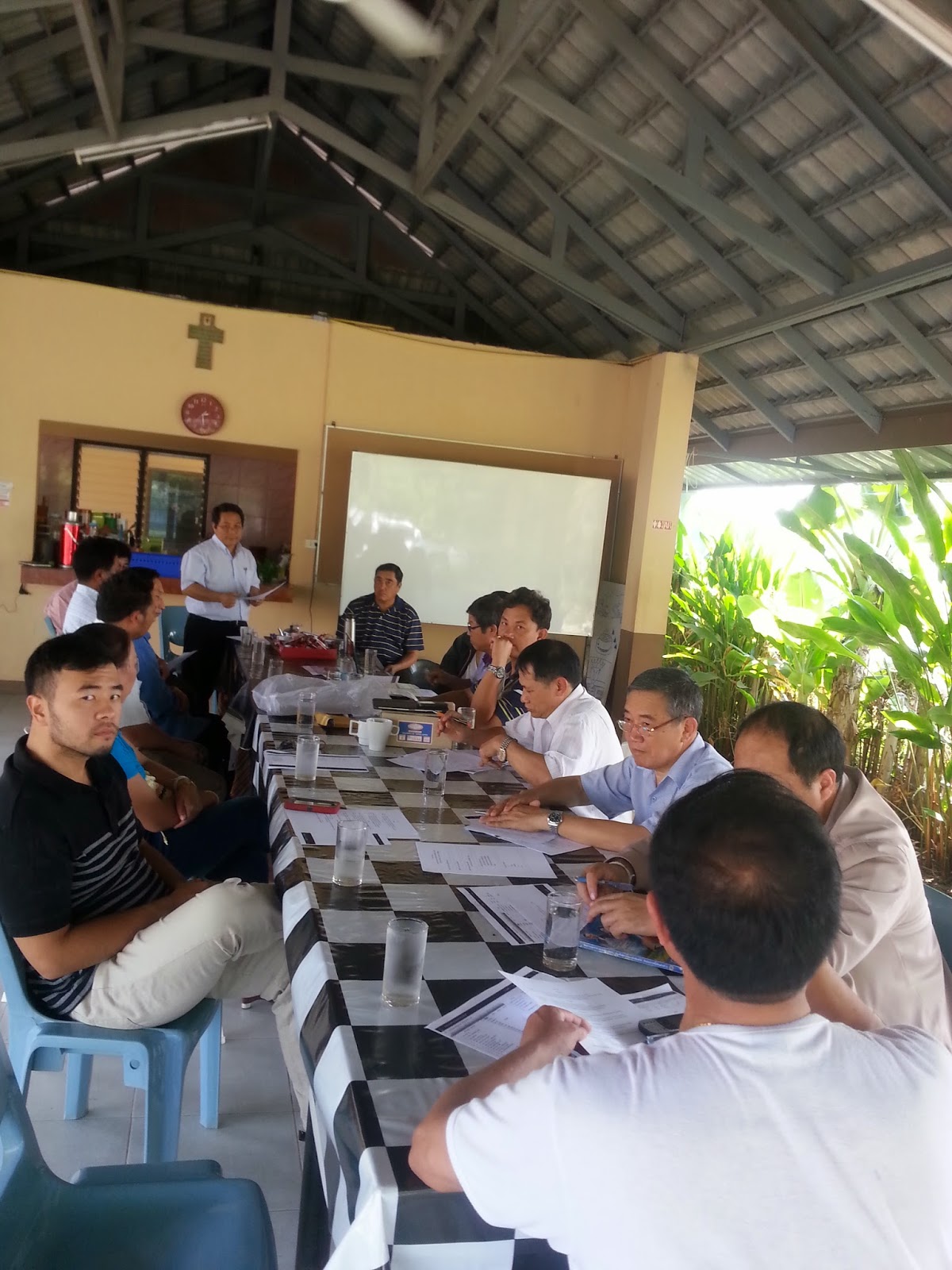 Meeting with Lisu leaders in Chiangmai for
preparing the conference 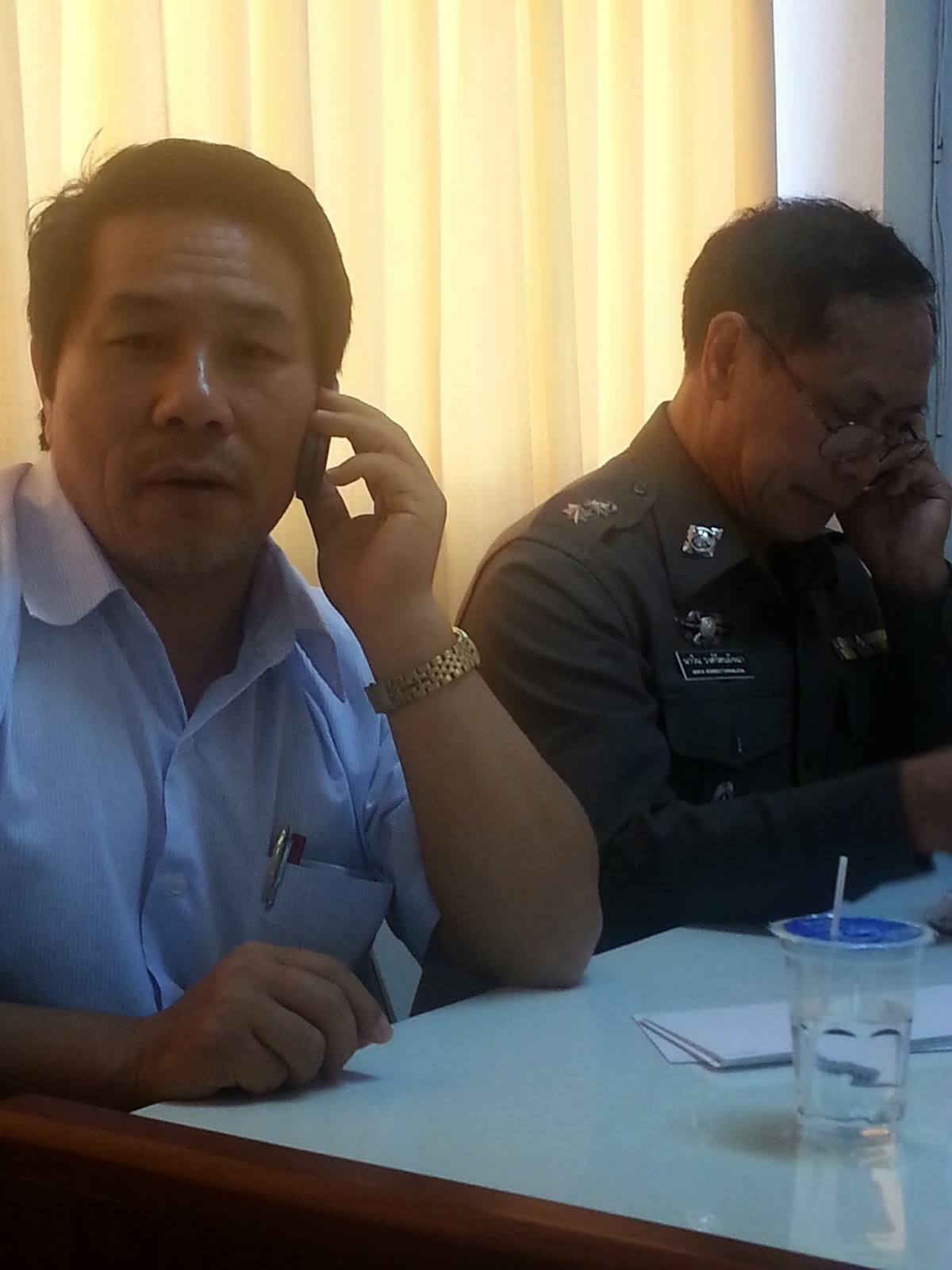 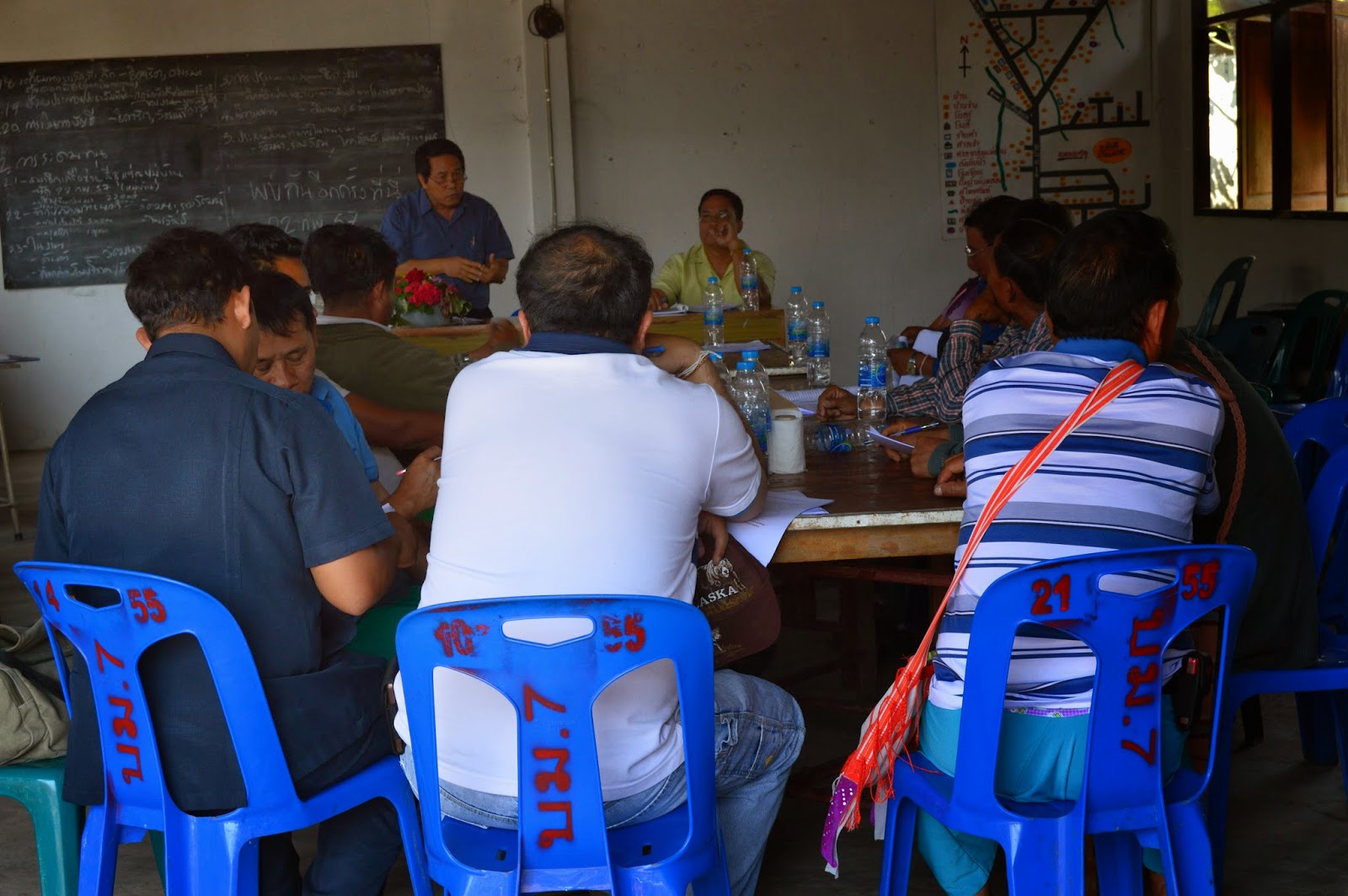 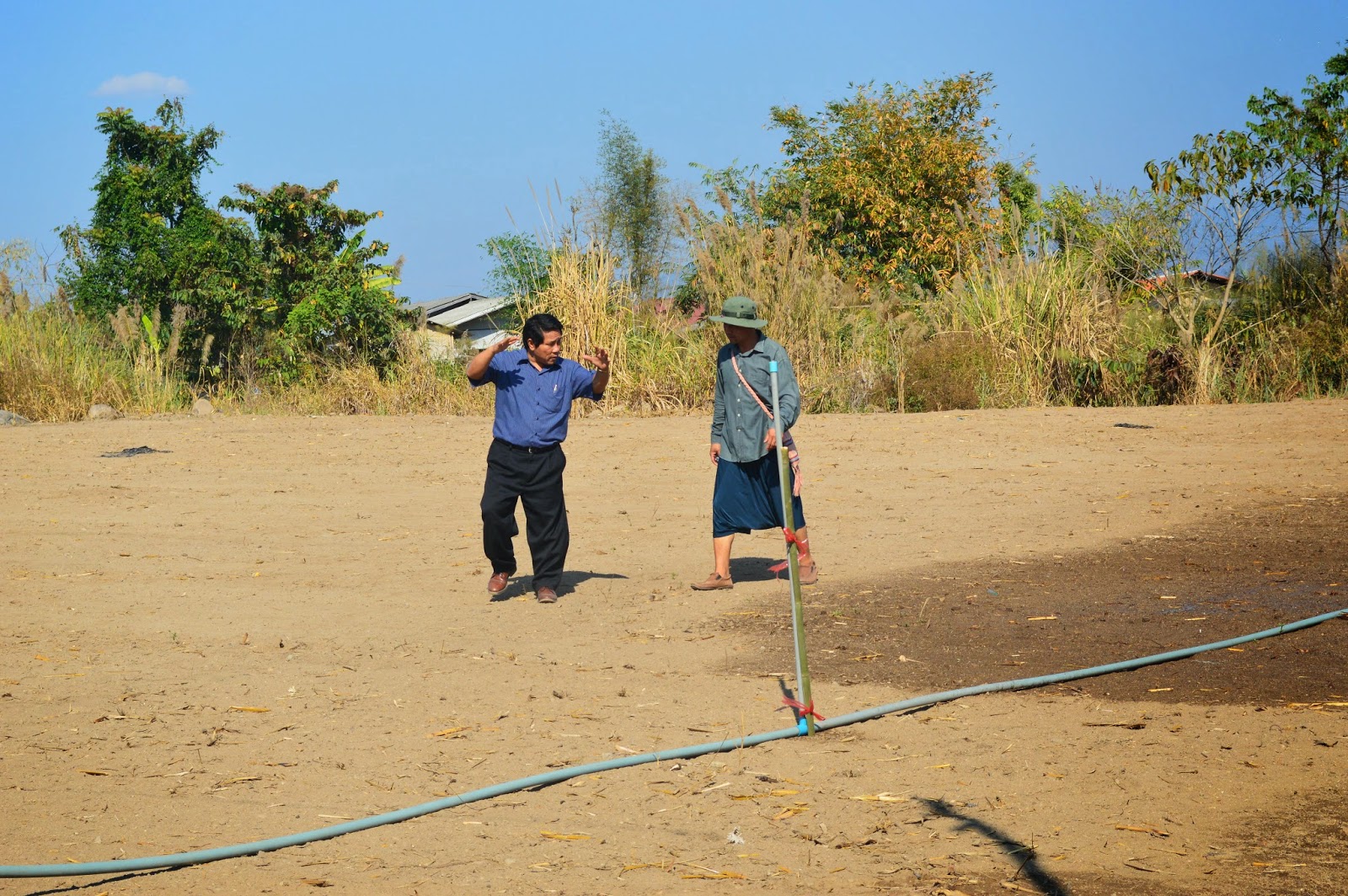 Preparing the location for the cultural exhibition 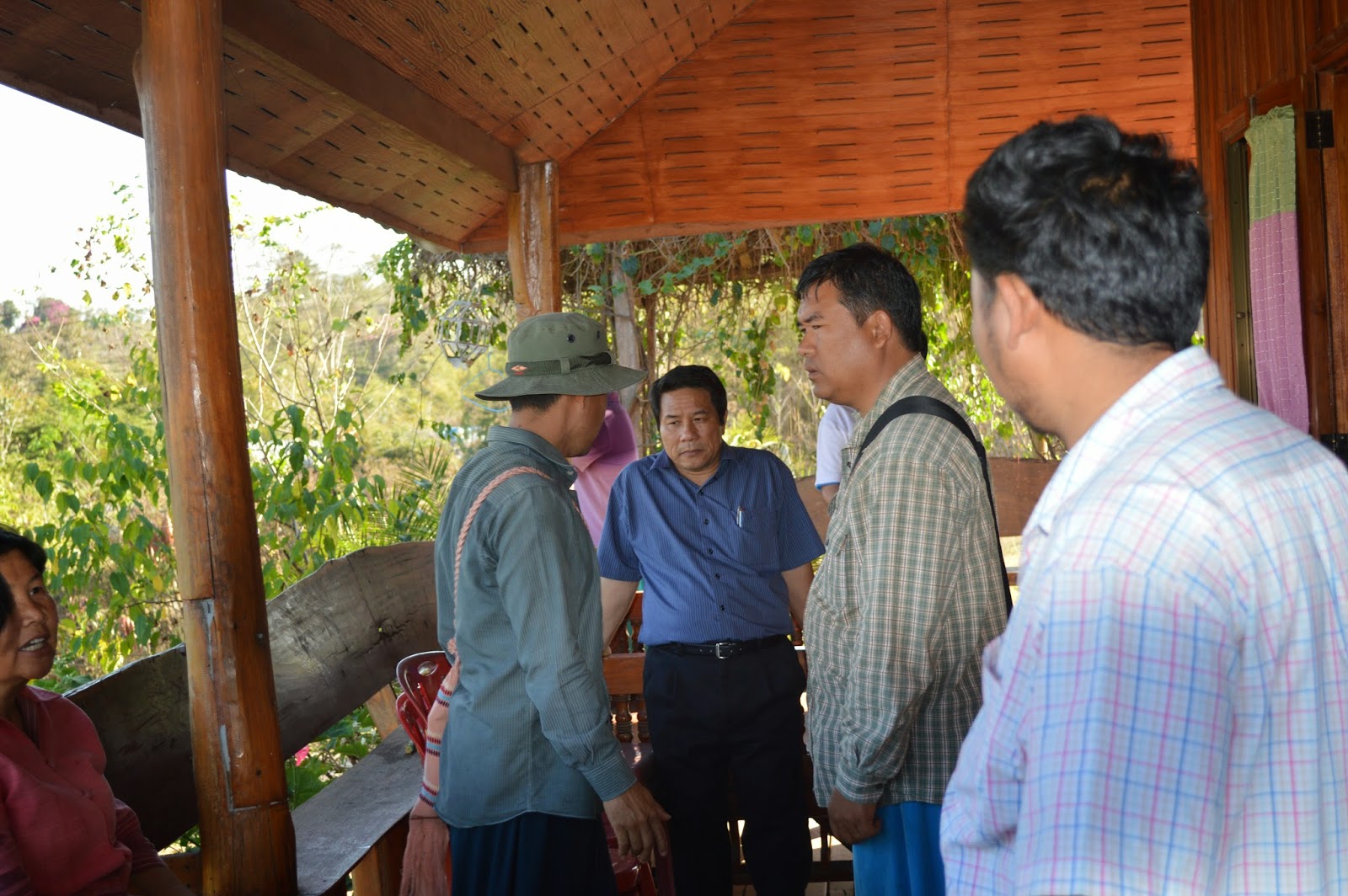 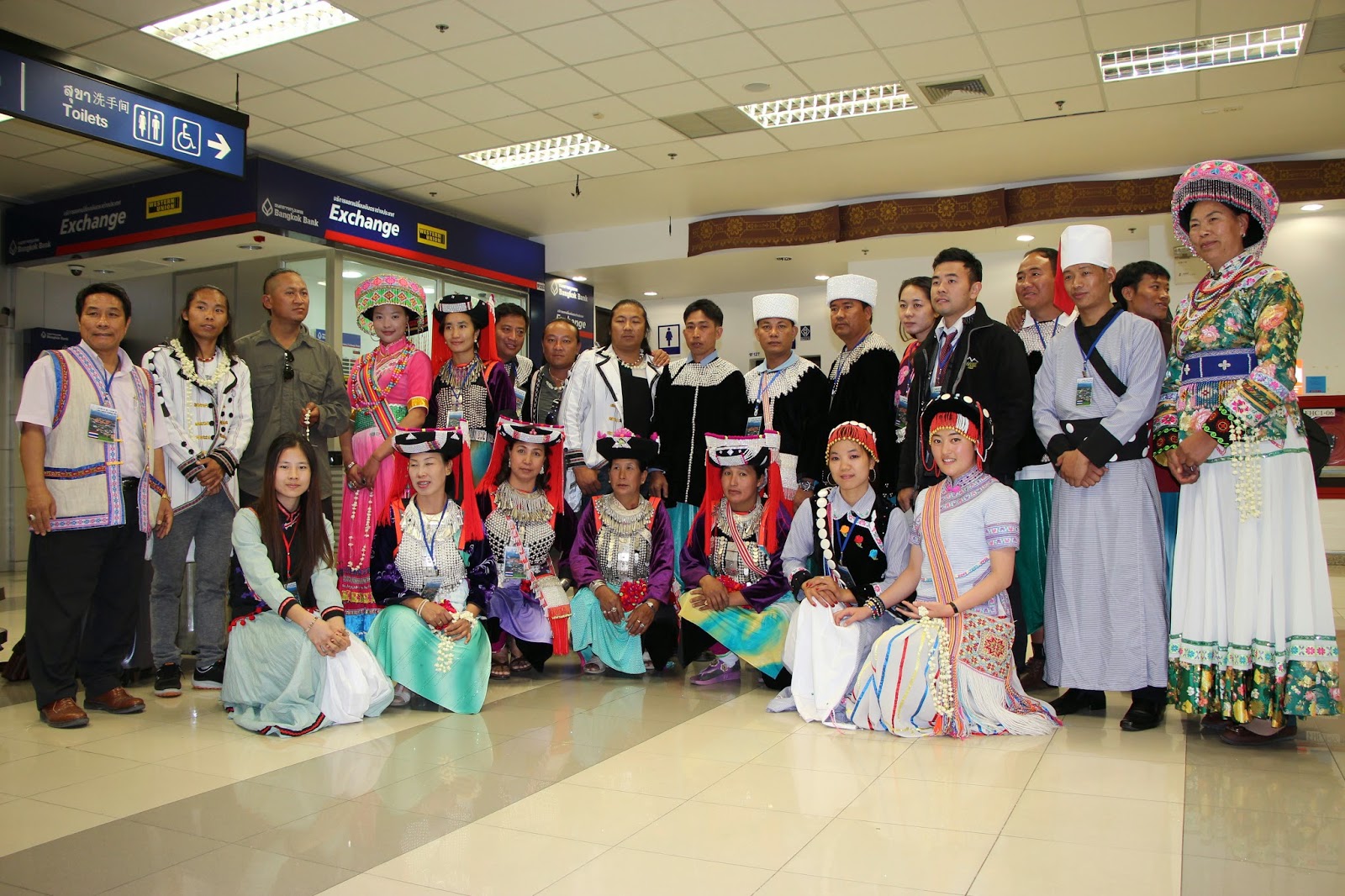 Picking up Chinese Lisu at the airport 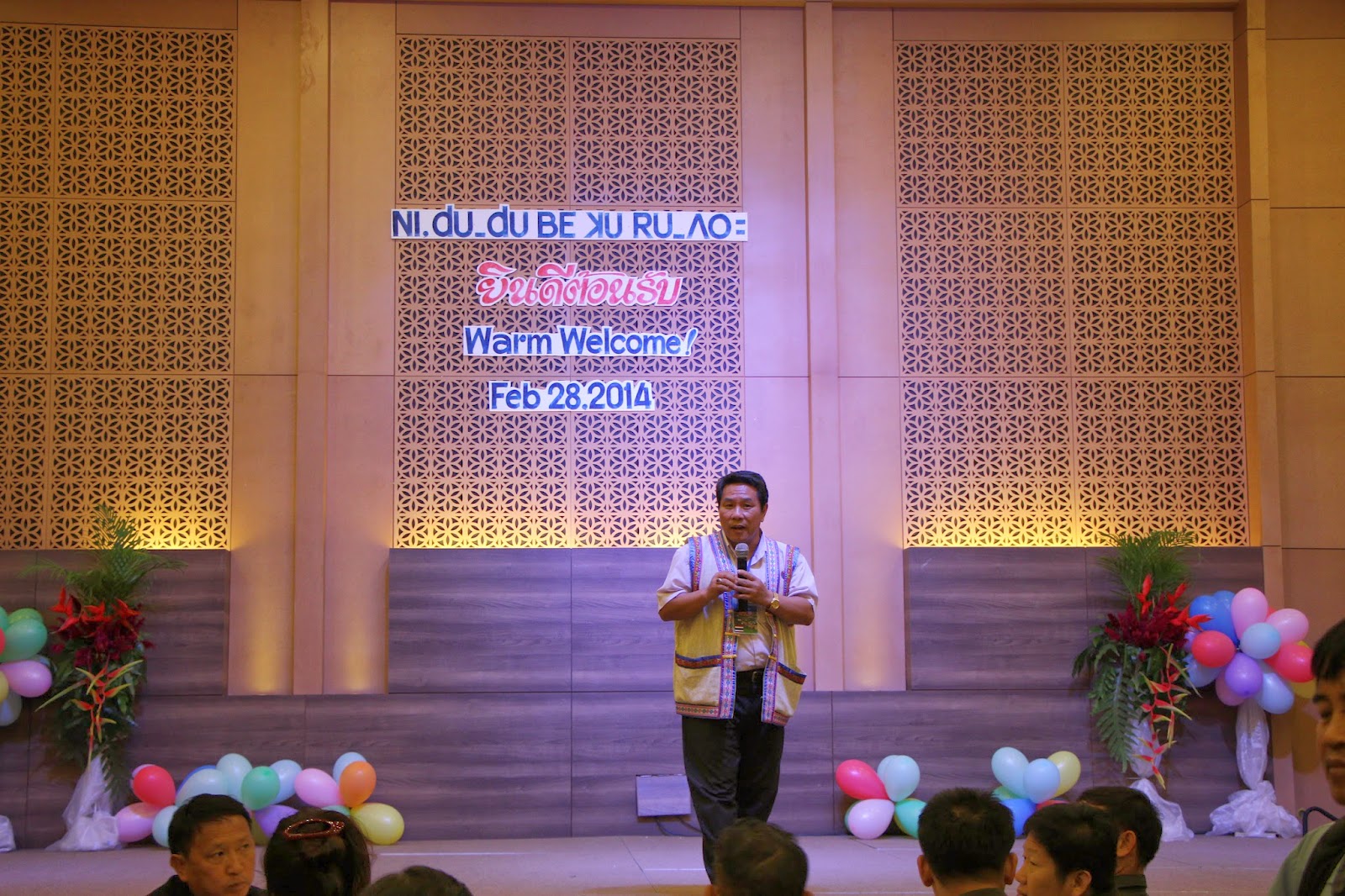 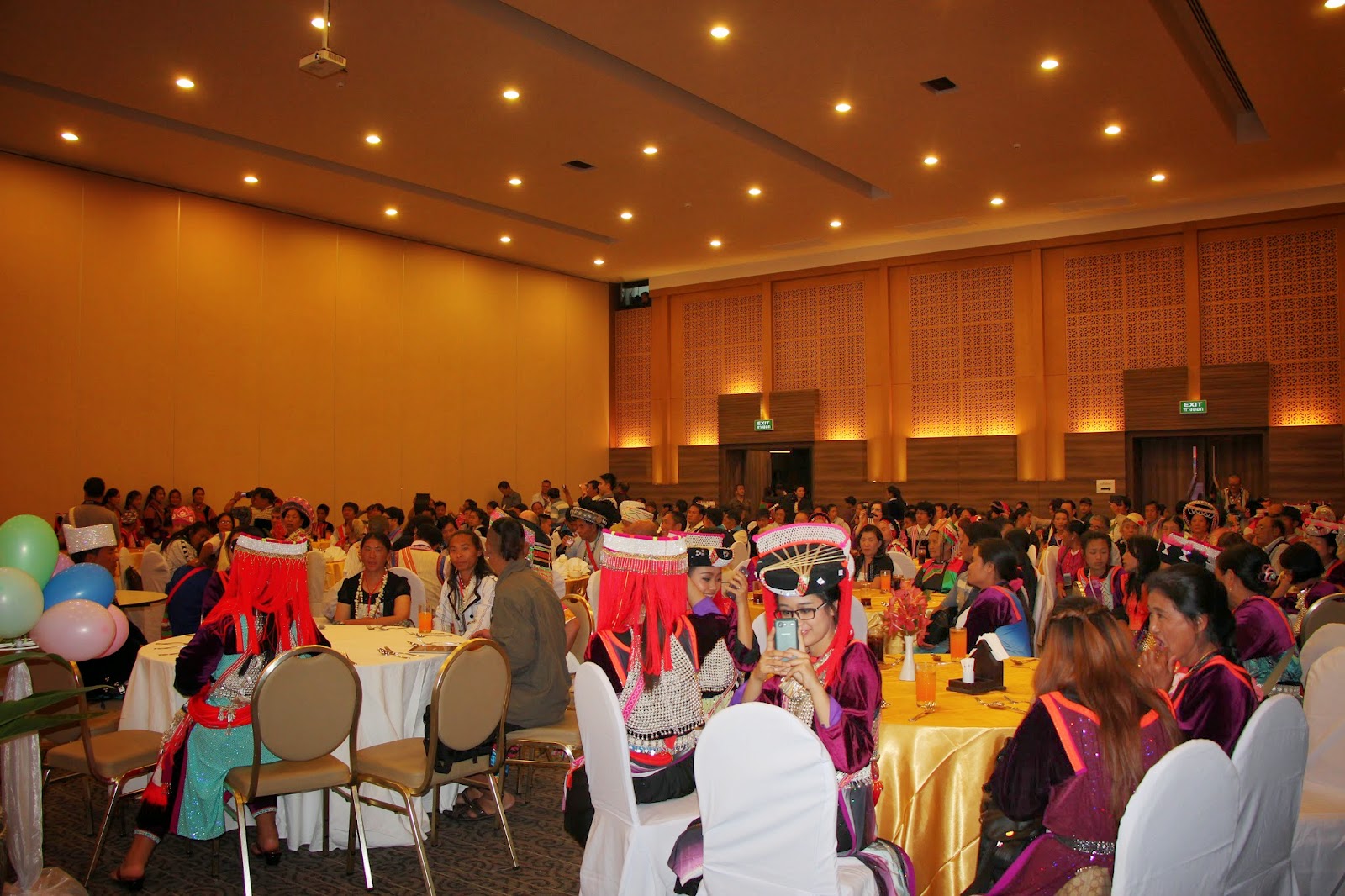 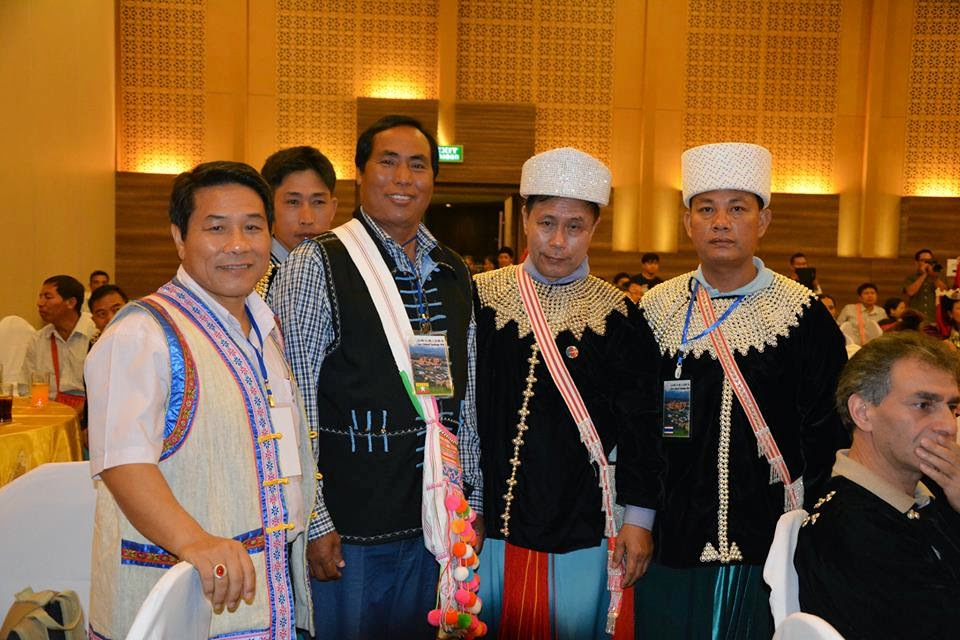 The most popular Christian singer from Myanmar 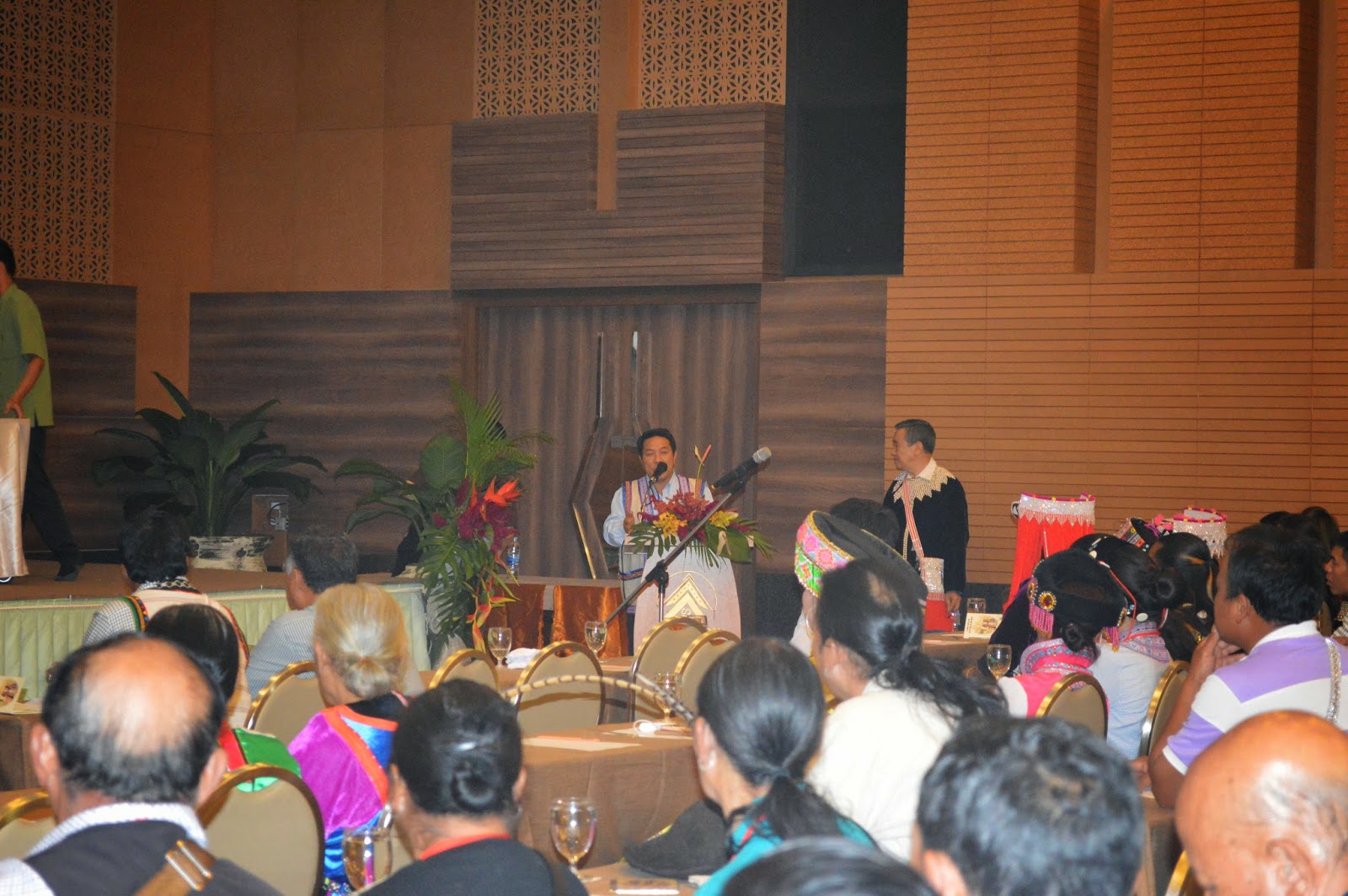 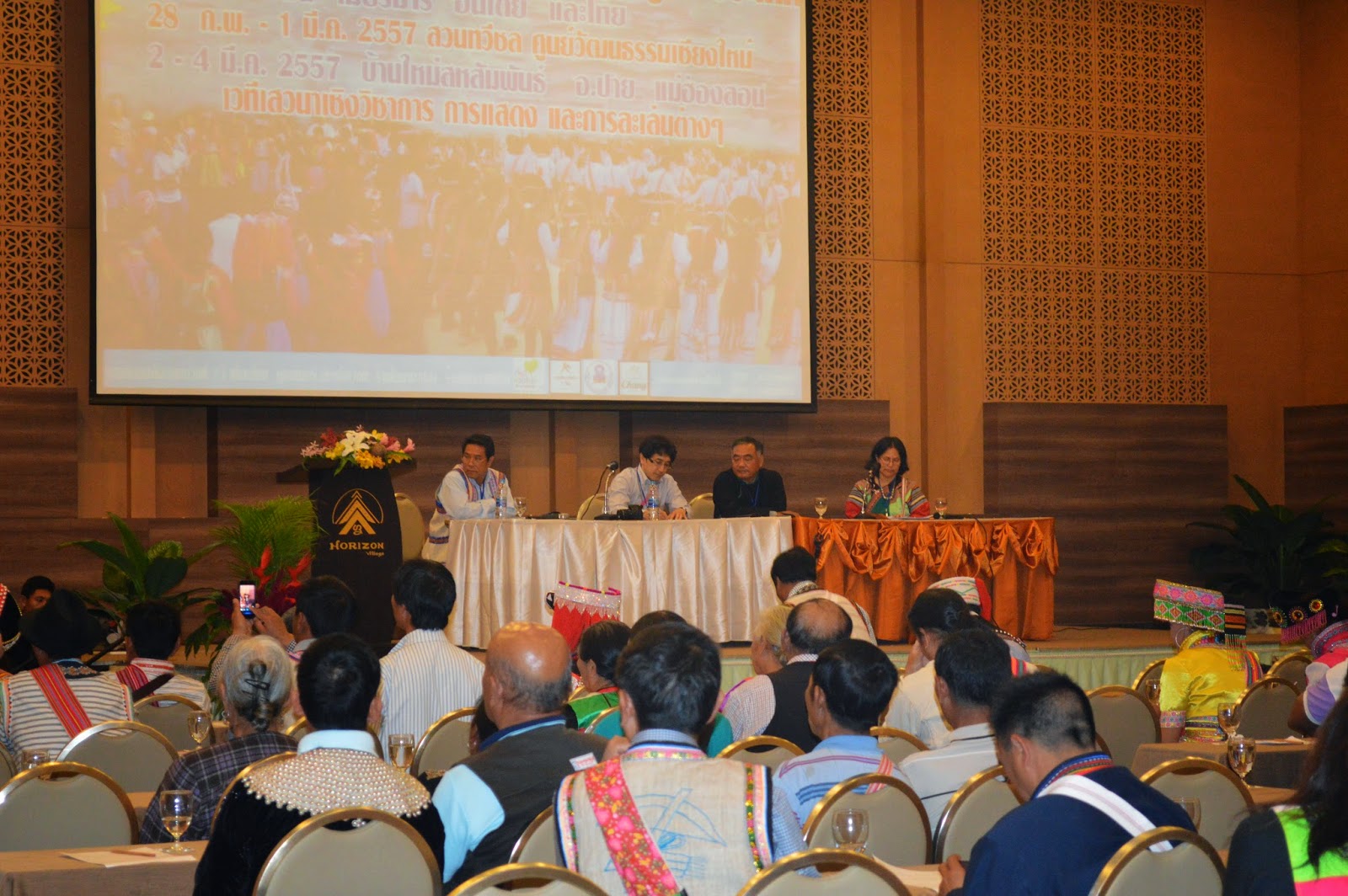 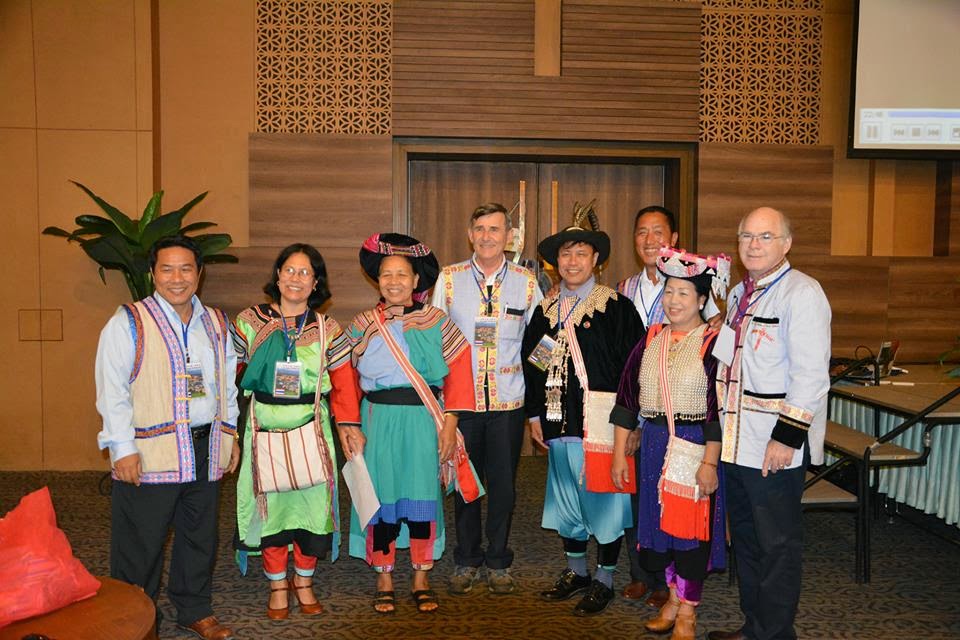 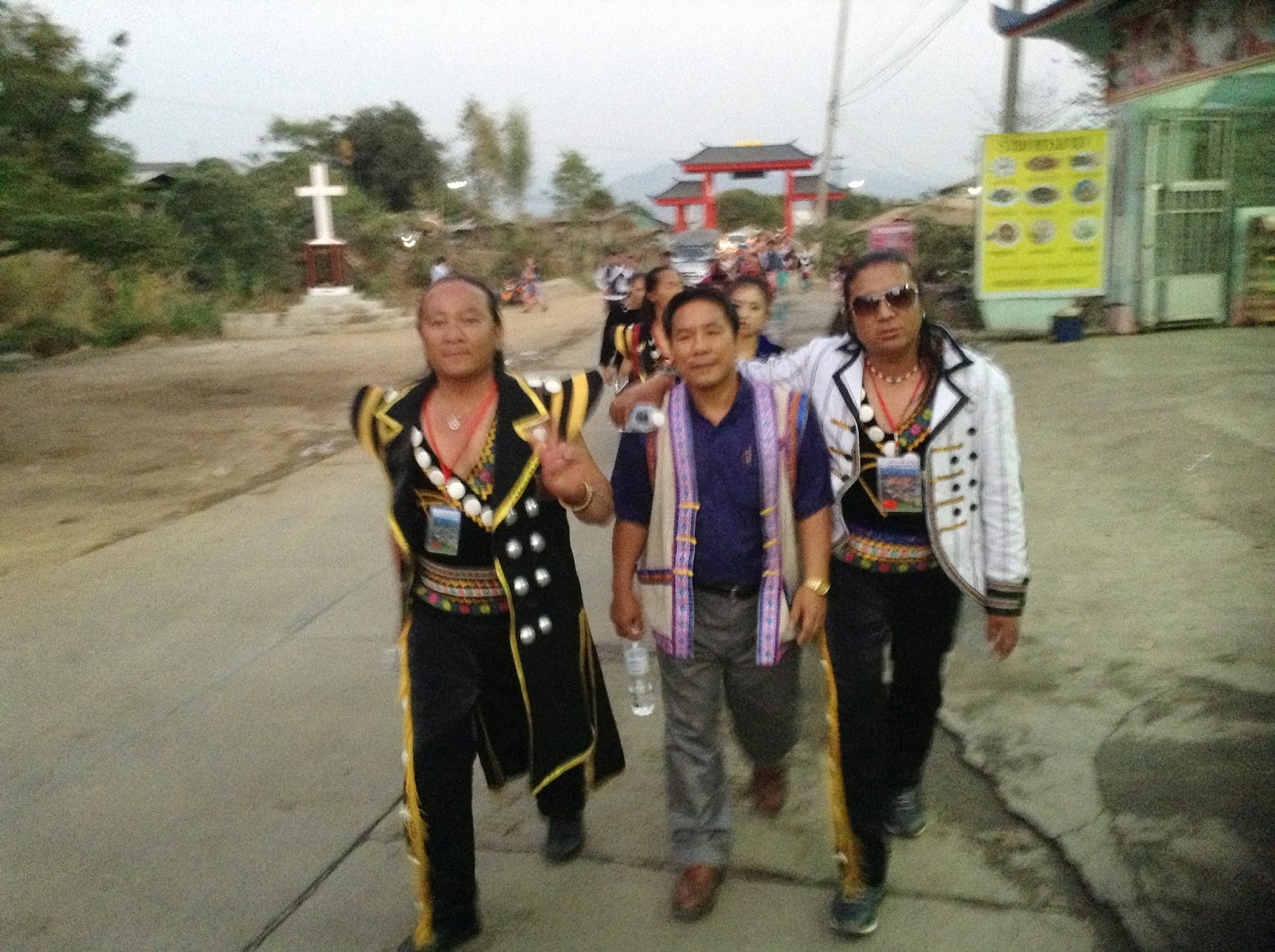 The winner of the Chinese Idol in 2010 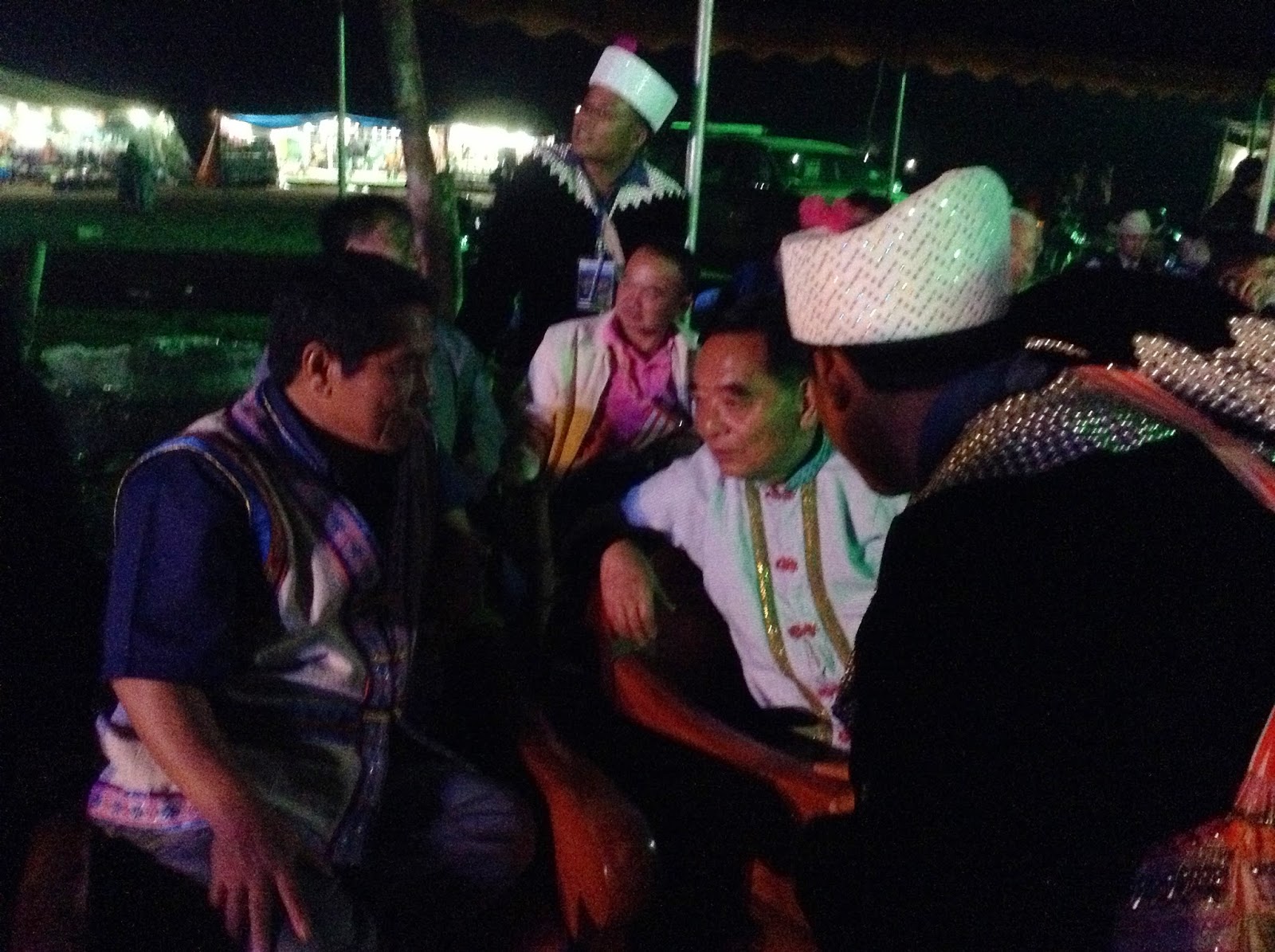 The chairman of Lisu culture in China 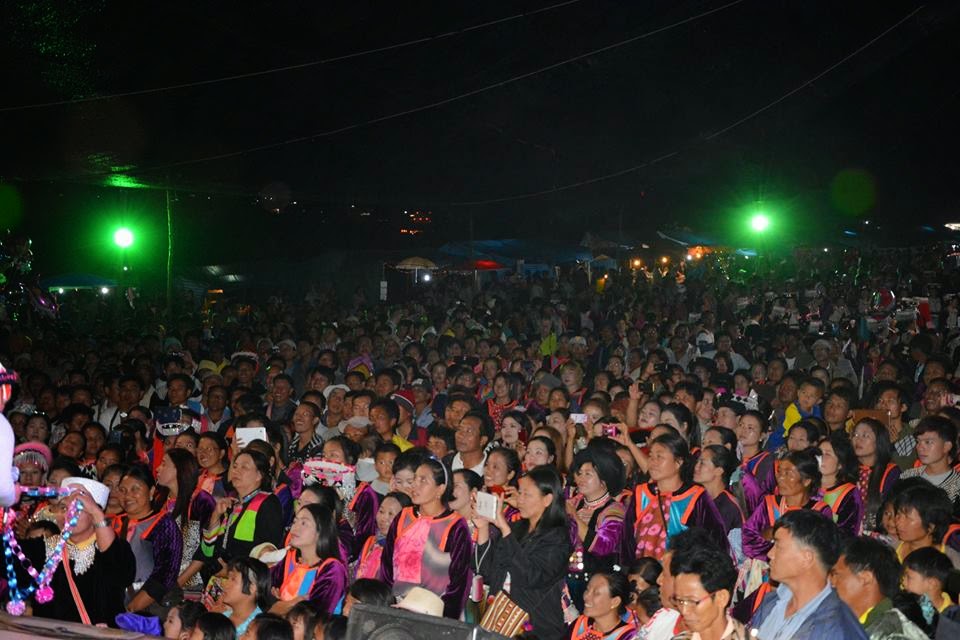 The Thailand-Lisu attended at this event 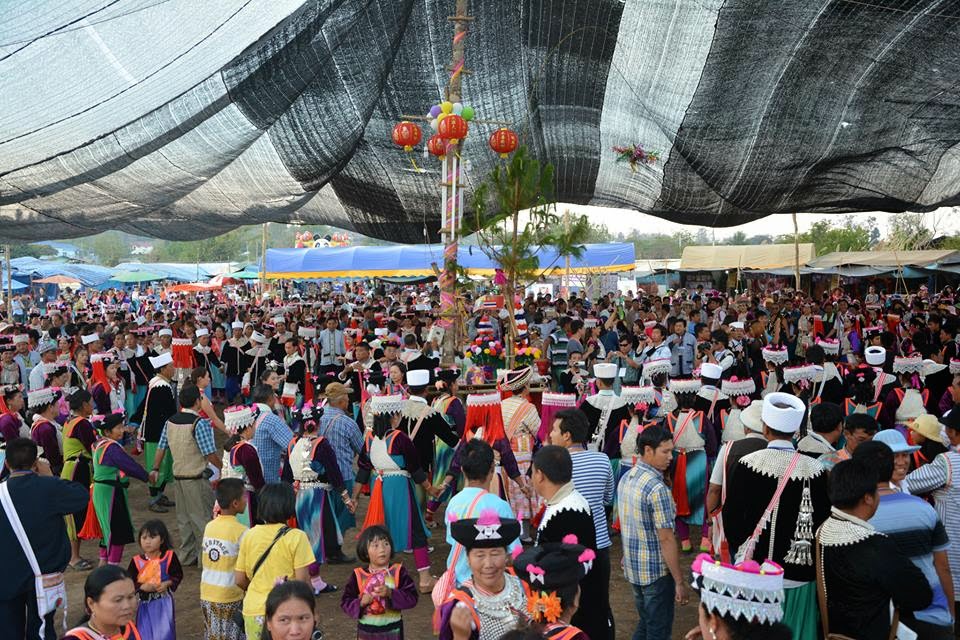 The First Mission trip to Myanmar
After the conference, Stephen led 10 nonbeliever Lisu leaders from Lijiang, China to visit Christian Lisu in Myanmar.  During the 10 days in Myanmar (March 5-13), it was an eye opening trip for these nonbeliever Lisu of China.  They visited several Lisu churches and met hundreds of Lisu Christians.  Most of them had experienced the differences between the life of Christians and non-Christians.  The visit has changed their mindsets and worldview about Christianity.  At least one of them came to Stephen and asked him to pray for her.  She made her decision to accept Christ.  She told everyone that as soon as she returned to China she will register to the Chinese government for her baptism.  According to the Chinese law, any one desiring to accept Jesus must register to the Chinese government and receive the permission prior to any baptismal performance. 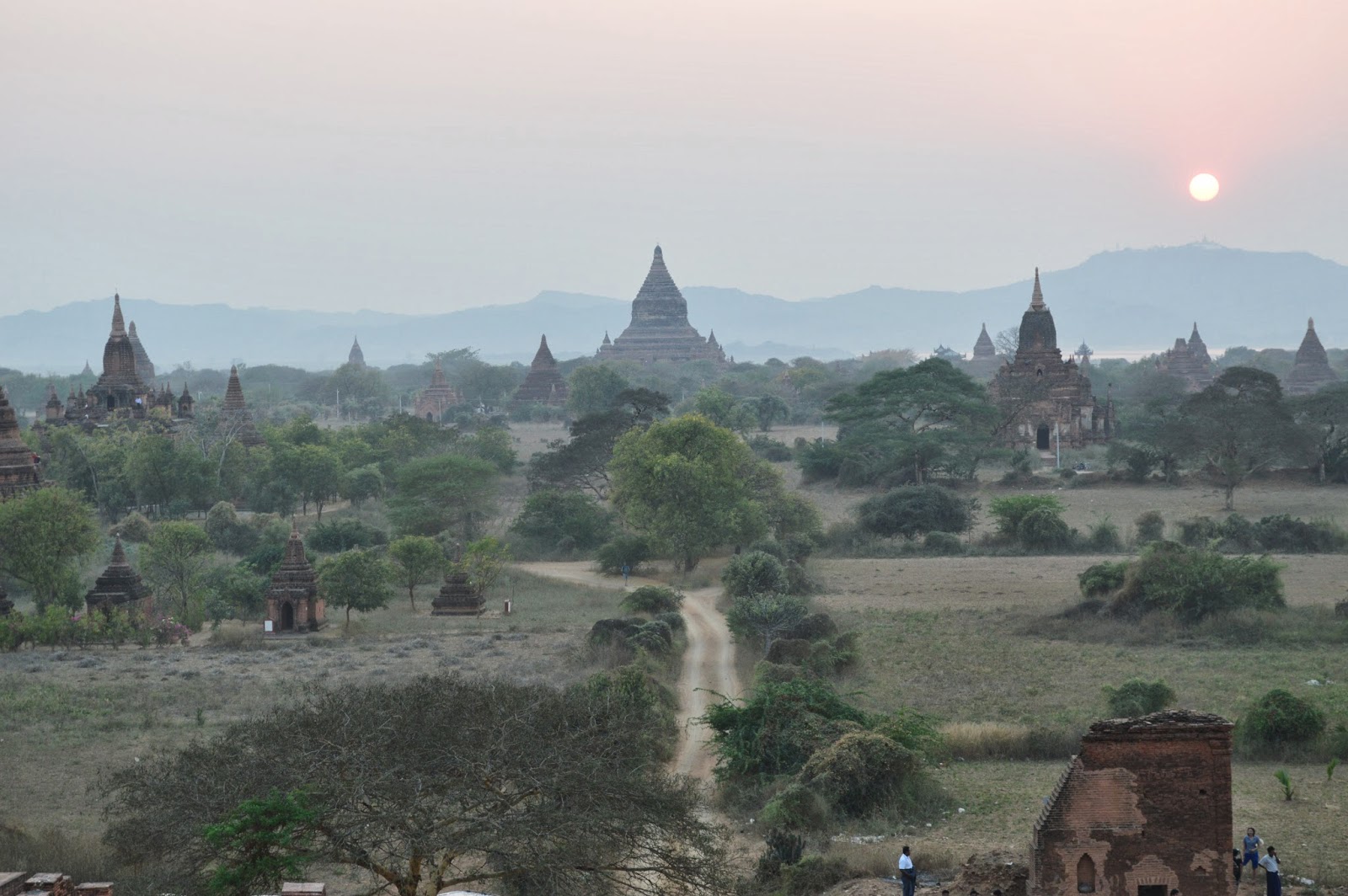 Bagan, the ancient city of Myanmar 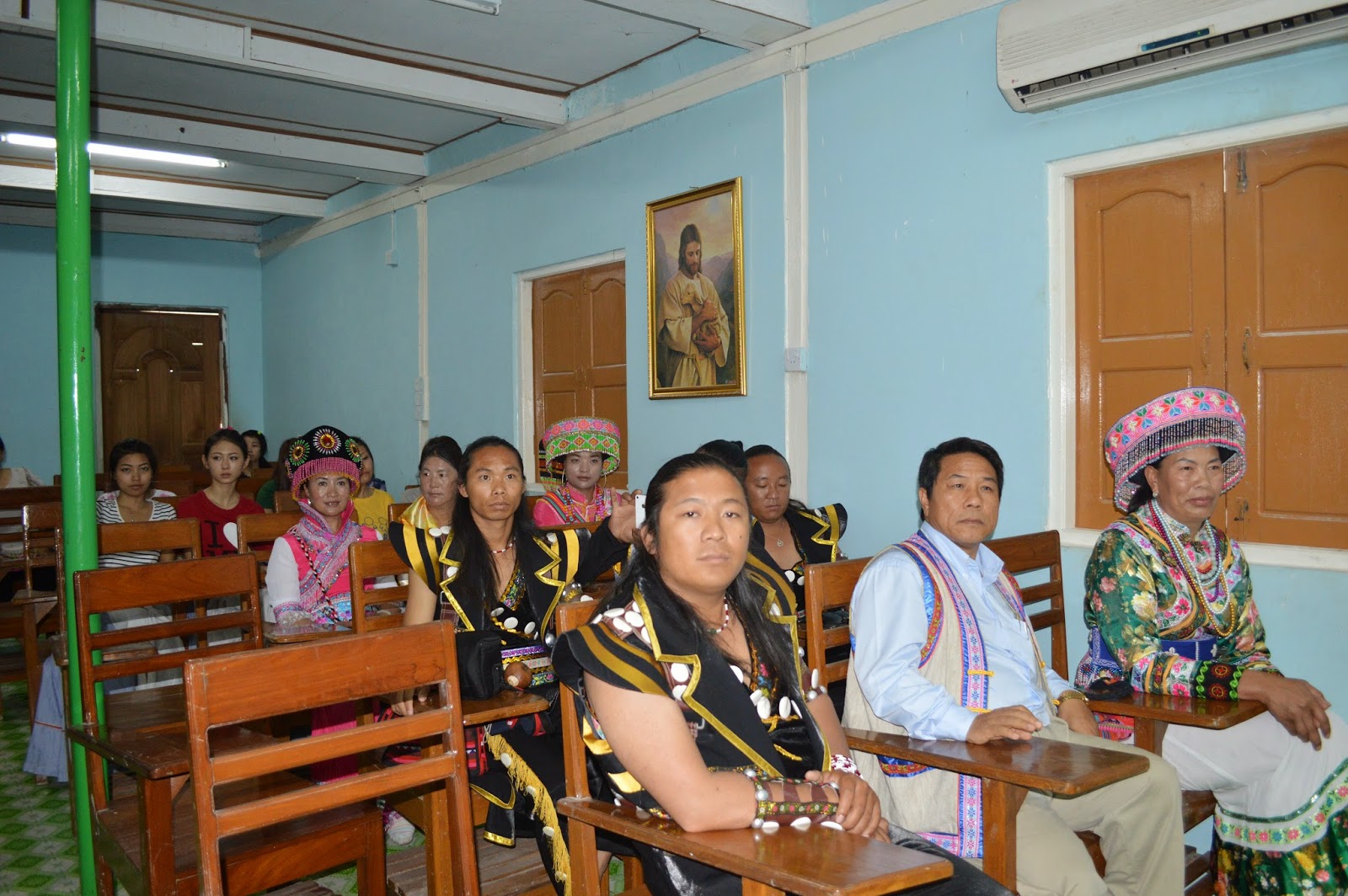 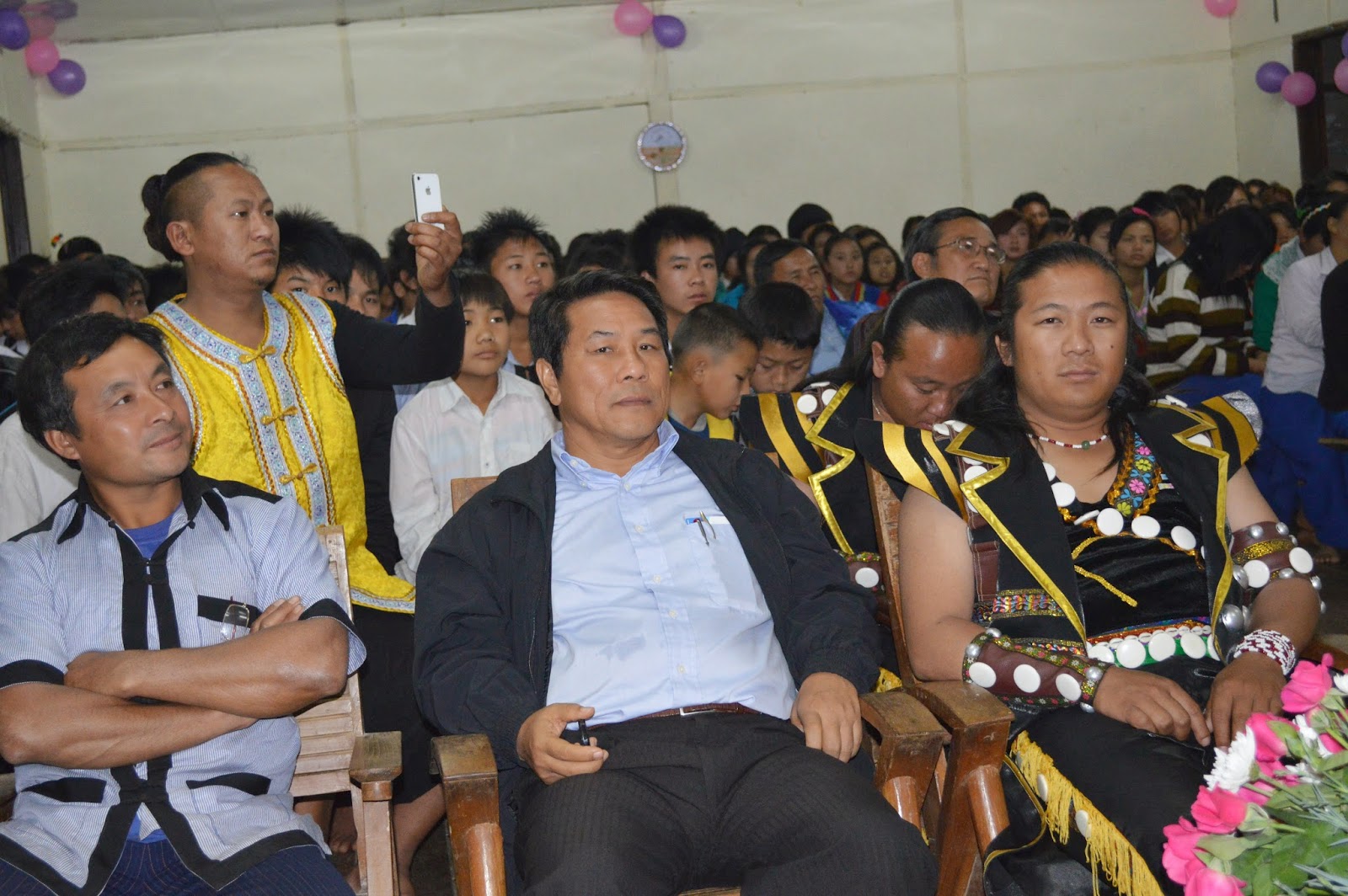 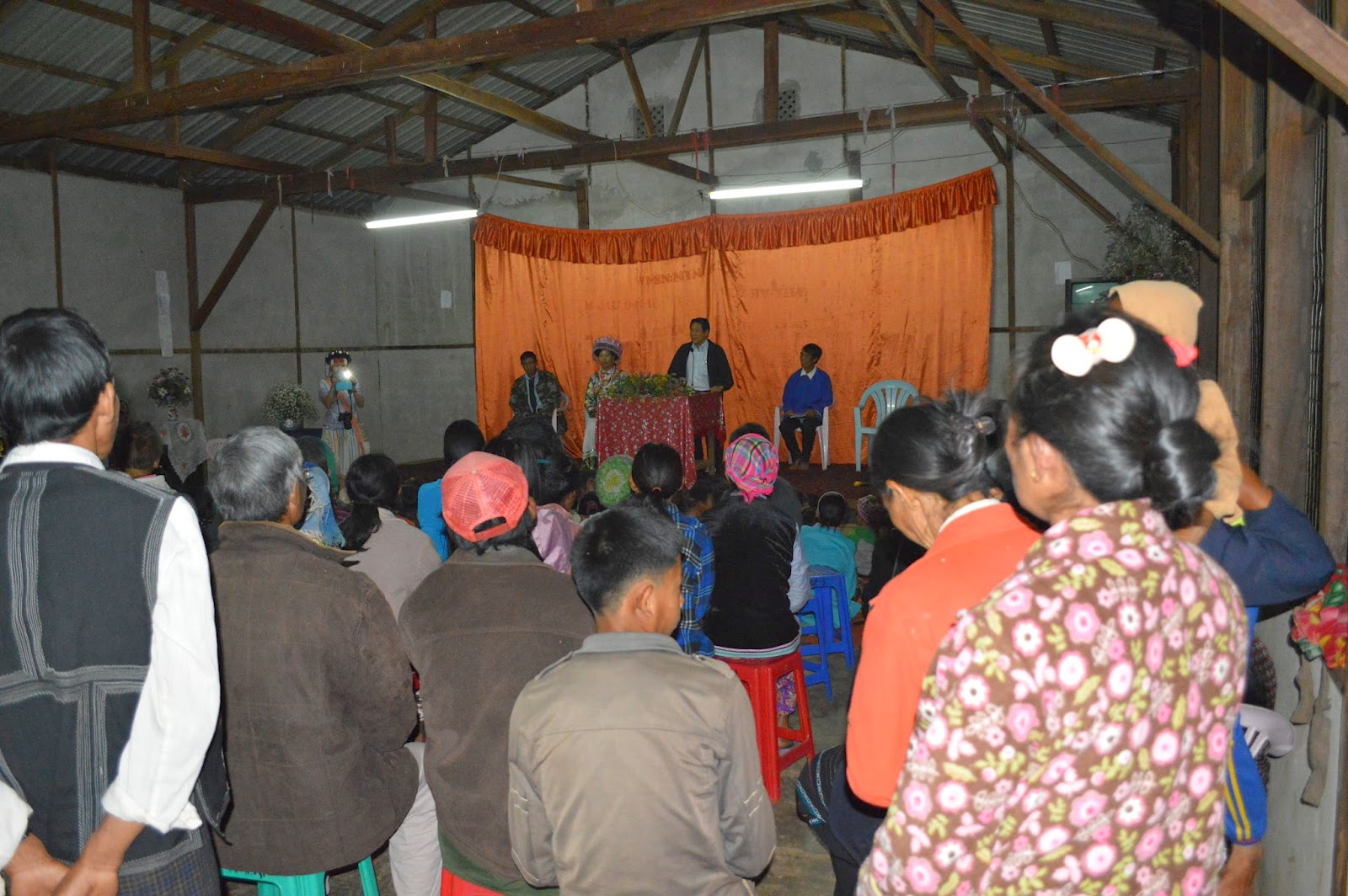 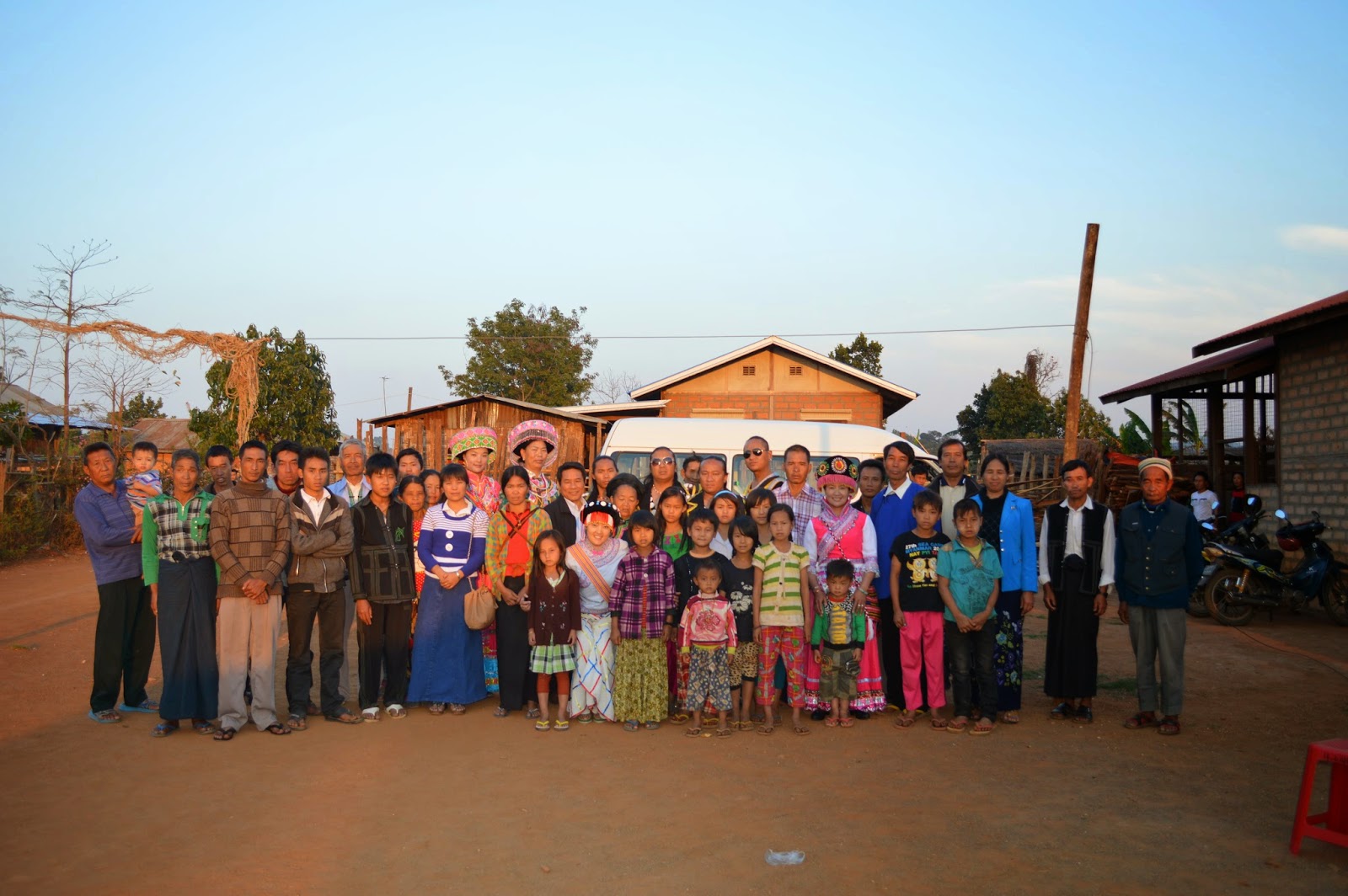 A group picture with church leaders at Pying Oo Lwin 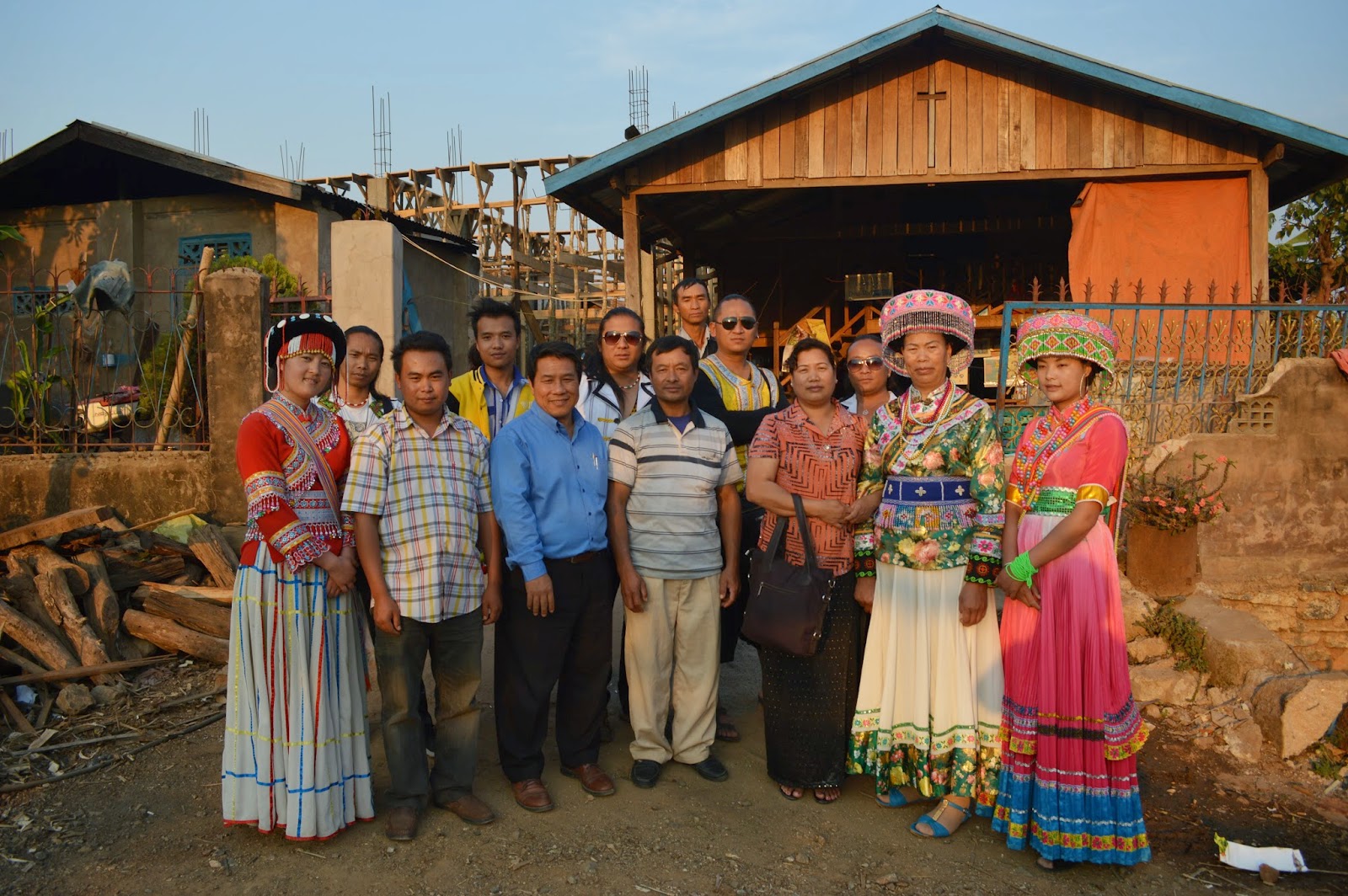 Family:
Though it was a very tiresome month, every one of the Wongratanamajchas played significant roles at the conference.  Mary took care of those female leaders from China.  Nick and John are serving as staffs.  Isaac entertained our guests with his innocent and attractive character.  Becky is a living demonstrator of God’s saving power during the conference.

At the moment, every one of the Wongratanamajchas, except John, is in a great health.  John has a stomach infection with bacteria.  He was hospitalized for a few days and now he is at home.  Much appreciation for your continual prayers for John!  Nick is busy in preparing lessons for teaching Christian youth at their camp in Myitkyina, the Northern part of Myanmar, this upcoming April.  Isaac and Becky are on their break.  Stephen is preparing himself for the upcoming several mission trips.  All evangelistic trips must be done before the raining season in June.  Due to traveling to remote areas, please accept our apology in advance for the blog will not be updated on the regular basis for the next few months. 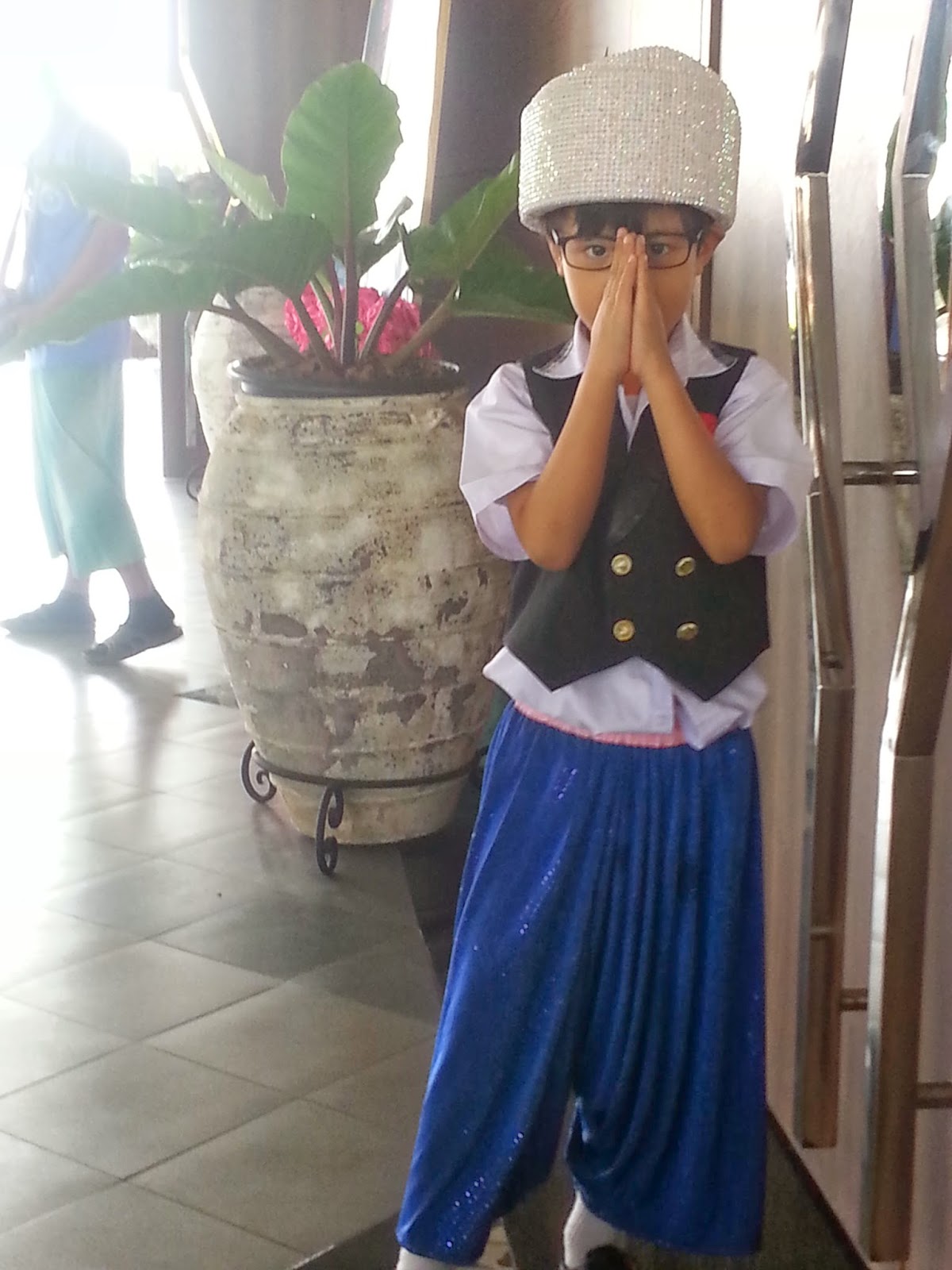 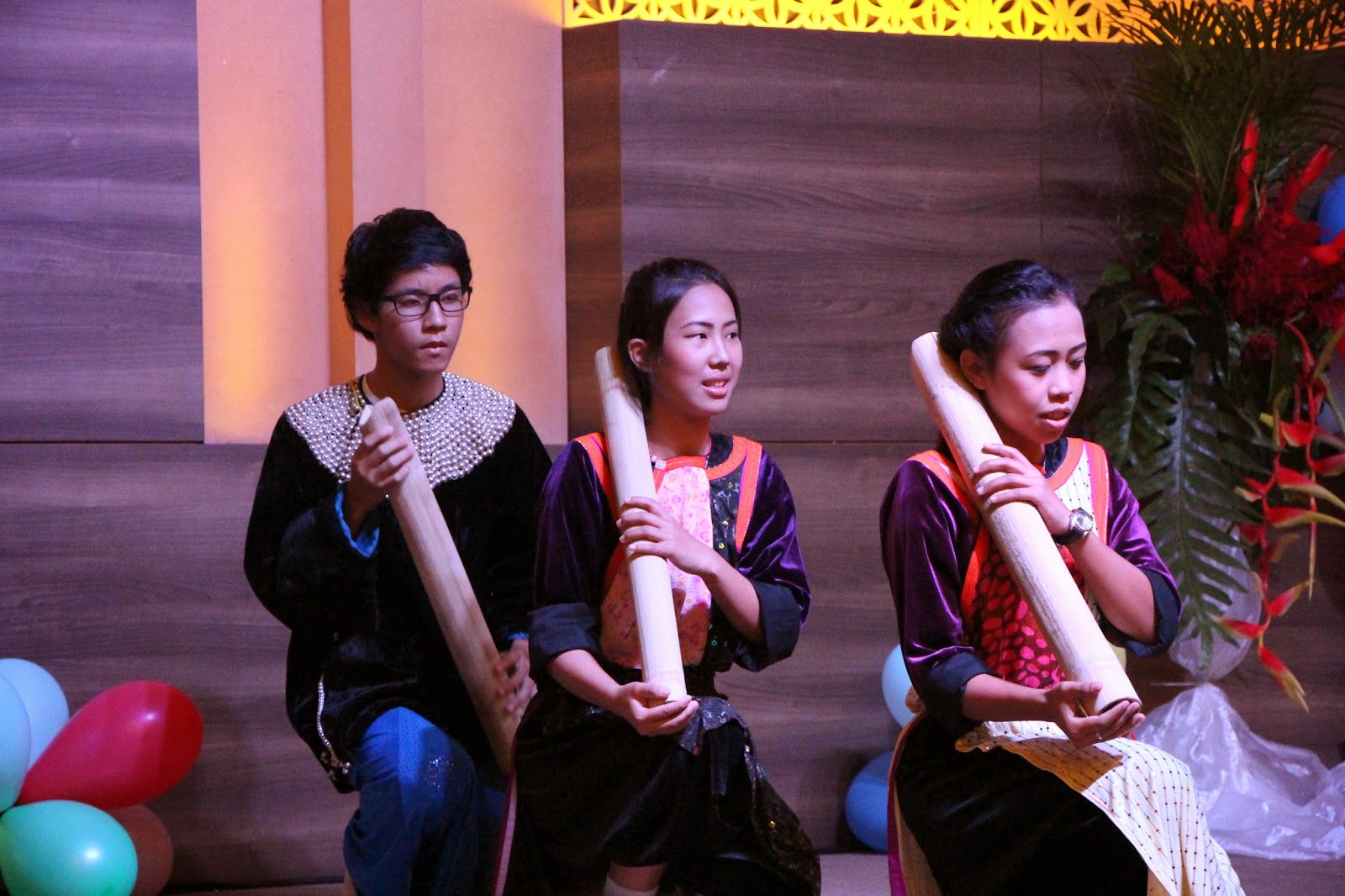 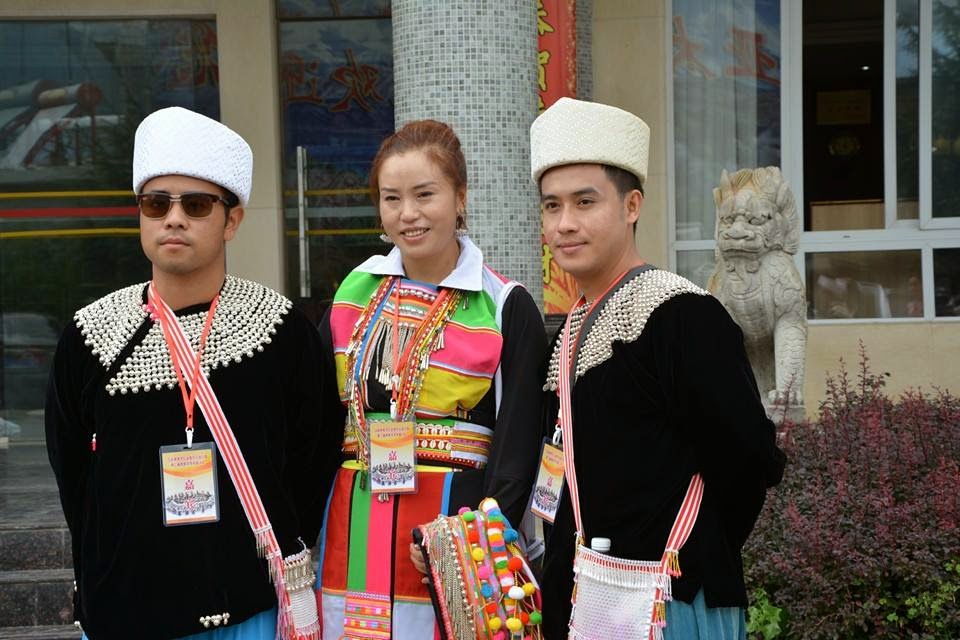 Nick with a women leader from Dehong, China 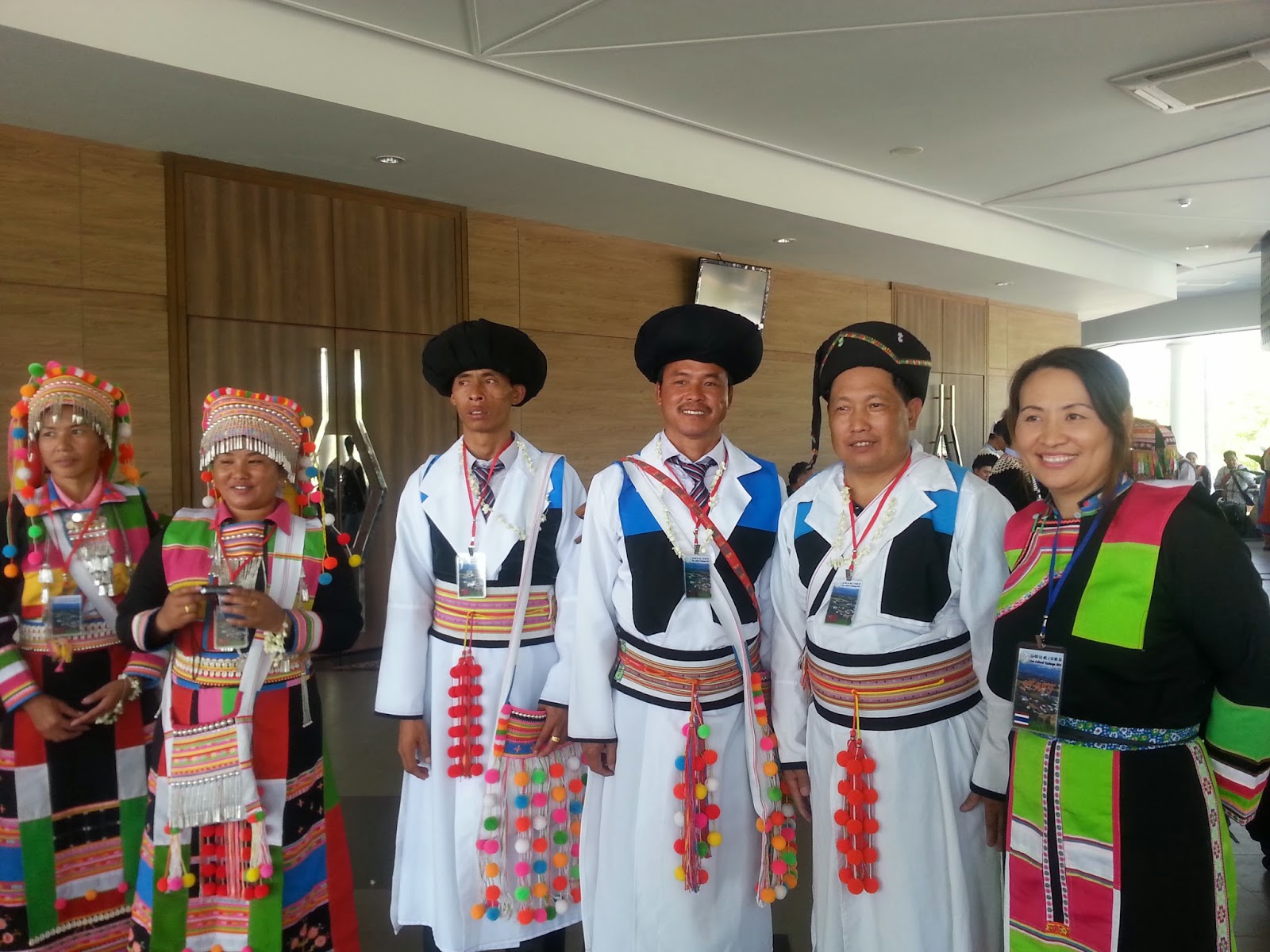 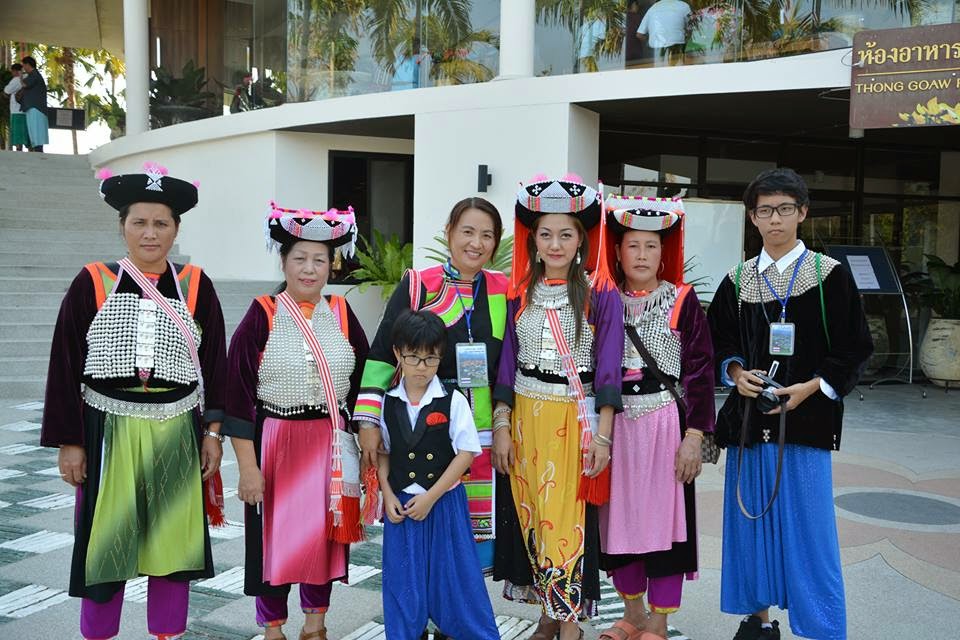 Mary, Isaac and John with the Thailand Lisu

Much appreciation for your partnering in carrying out the Great Commission to the Lost people and making His disciples in all the ethnic groups of people in Southeast Asia and China.