Please join with us in prayer for Thailand!  Why praying for Thailand is so significant?  We have to understand that Thailand is the hub, the key strategic site for almost all missionary works in Southeast Asia and China.
We are extremely concerned about the violent escalation, blocking of polling stations for pre-election on January 26 by Thailand’s anti-democracy.  For your general knowledge, Thailand will have general elections on February 2, 2014.  The group of Thailand’s anti-democracy wants a non-elected government composed of technocrats to run Thailand.  Yuriko-Koike, a former Ministry of Defense of Japan, well described Thailand’s crisis in her recent article that Thailand is teetering on the edge of the political abyss and increasingly anarchic unrest. Asia’s democracies now risk confronting the same harsh question that the United States faced when Mao Zedong marched into Beijing, and again when Ayatollah Ruhollah Khomeini ousted the Shah in Iran.  She then astutely asked question: Who lost Thailand?

Equipping presently active ministers, Christian workers and leaders, with the Word of God is the major goal of Asia International Seminary.  All of these ministers are serving full time in their mission works, some in evangelism, carrying out the Great Commission to the unbelievers, some training the young Christians for a periods of time, some are pastoring their congregations and others are running youth camps.
Praise the Lord!  We have a little over 20 ministers who has attended at AIS in the past three years.  Here are some ministries where our students are serving.  For instance, Lydia, Ah Lay Bo and Simee Khi are teaching Bible at their hometowns.  Lydia lives in Mogok in Madalay division.  She is teaching at Mogok Bible training Center.  Ah Lay Bo is living at Lashio, northeastern part of Myanmar.  Every year from January to the end of March, Lydia and Ah lay Bo, with their comrades, offer biblical courses for young Christians at their centers.  These Bible study courses are offered free of charge, however, each student must provide his/her own food.  Usually, each student would bring in 600 liters of rice plus approximately $35 and they would pool in their resources into one community supply for the three months.  This type of biblical study has been the main source not only for providing effective and productive leaders among the Lisu churches, but also native evangelists; carrying out the Gospel to non-believers for a century, from the early stage of Lisu conversion from Animistic belief to Christ in the early 19th century  till the present days. 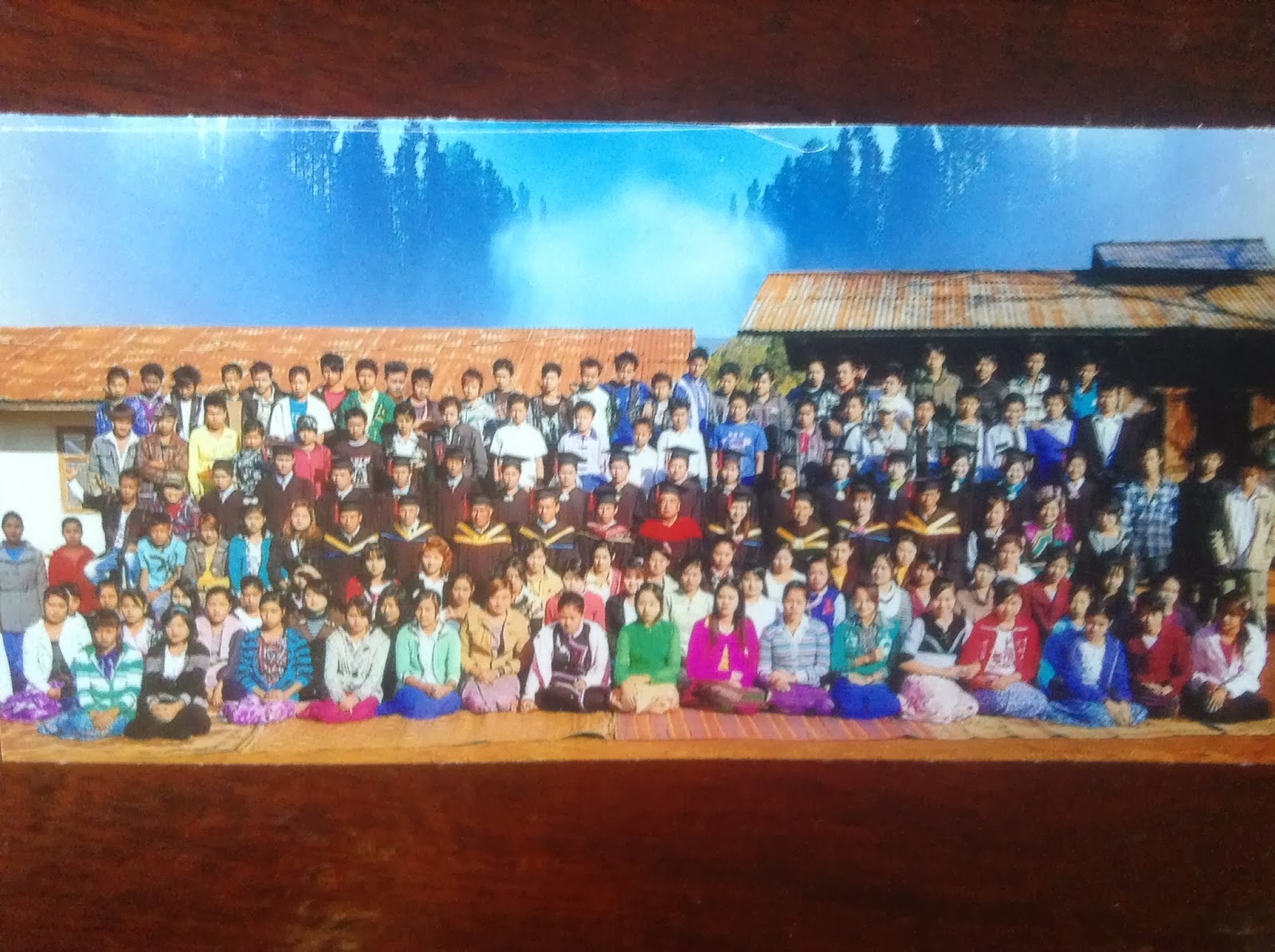 A group photos of Lydia at her Bible training center 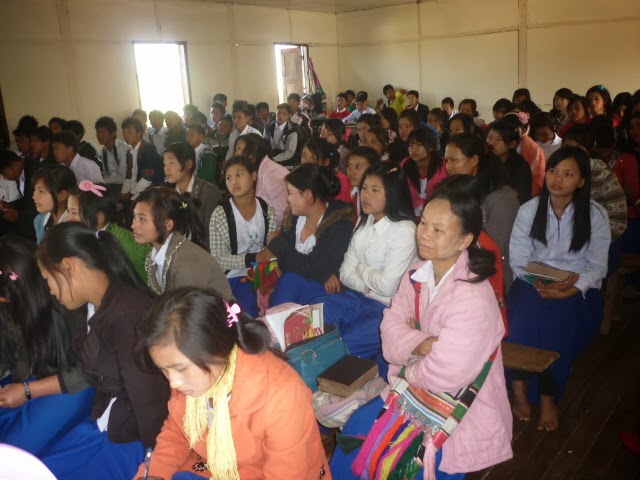 In this year, Ah Lay Bo in particular has 128 students who are from four different denominations and thirty local churches.  Since his students have increased dramatically, leading to several difficulties; however, water is the topmost priority.  Because they share the water well with an orphanage, (where there are 30 orphans) which the water cannot supply enough liquid for even these orphans, they are now facing water shortage.  They are praying that if God is willing they would like to drill for water from about 100-150 meter deep underground in order to provide enough water throughout the year, not only for the Bible students, but also for the orphanage.  This water drilling system costs $3,000.  We deeply appreciate in advance, if God is moving any church or individual, for providing this need. 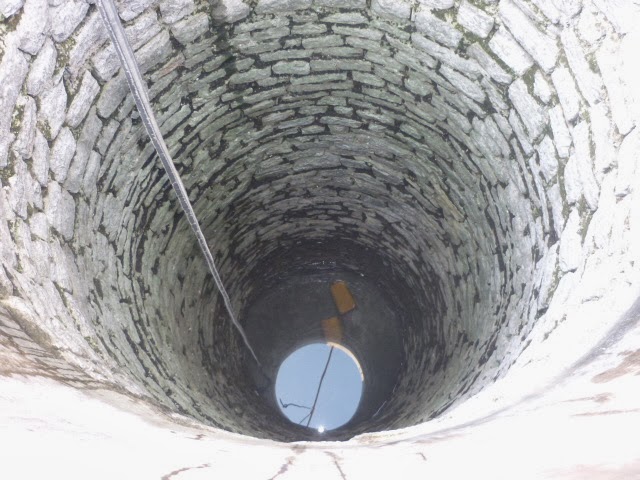 The well (the only source of water)

Another student of AIS is Simee Khi, who lives in Kachin State, the northern part of Myanmar.  Simee Khi is serving God in various ways; teaching at the Bible college, evangelizing to nonbelievers, and running camp for the youth.  Each year, there are over 400 young Christians that attend the youth camp.  After having seen Nick’s conducting youth at the central Myanmar in the past October 2013, and having learned English with Nick while studying at AIS in the past year, he has requested for Nick to go to Myitkyina, where there are approximately 200,000 Lisu people living in over 400 villages around the Myitkyina area of the Kachin State in northern Myanmar, for a week long teaching youth with the Word of God.  Since Nick has no regular support for his ministry, he needs to raise $1,000 for this particular mission trip.  Please lift Nick up in your prayers for his challenging ministry. 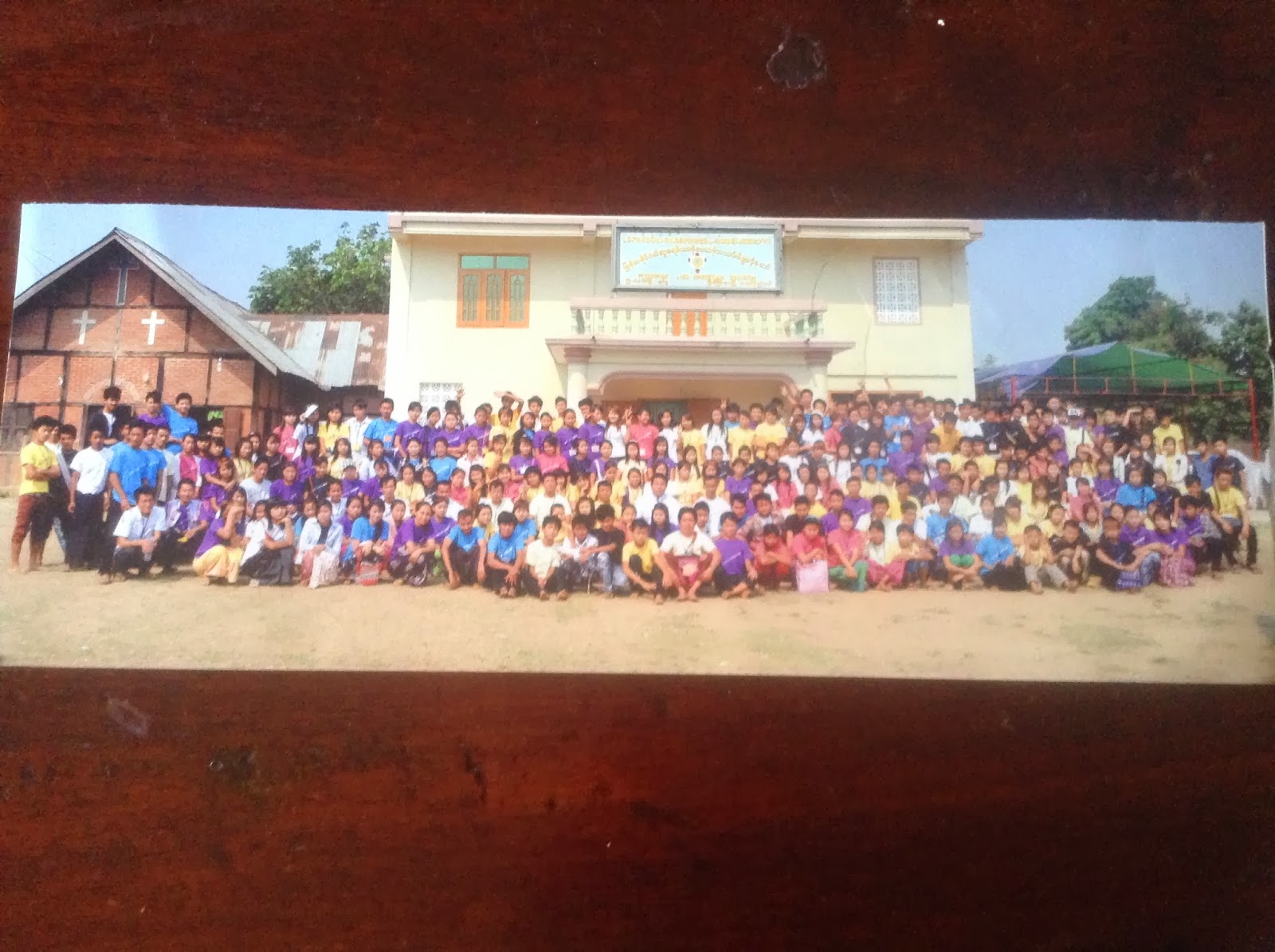 A group photos of youth camp at Myitkyina in 2013

PRAY FOR THE COMING MISSION TRIPS

A recent estimation of 800,000 Lisu live throughout Myanmar, however, many of these Lisu people live in very remote places, far away from towns and hospitals. One could reach some of these Lisu villages only on foot.  Due to the fact that they live in remote areas, thousands of these Lisu people have died because of Tuberculosis and Malaria.  Farmers cannot work in their fields because of their health conditions, thus impacting their livelihood. Many children who are sick cannot attend their schools; even worse, many children’s lives have already been lost.  Since our mission trip in Myanmar is focusing in these remote villages, particularly, non-believers, we do greatly appreciate your prayers for our health and security.

Throughout 2013 the medical mission program of Asians For Christ, in partnership with Alliance Christian Mission International (ACMI), Atlanta Christian Church (Atlanta, IL) and in collaboration with IDES, was able to help several hundreds of patients.  For instance, a Christian woman named Sunami is the mother of seven kids living in the Shan state. She is a farmer and helps her husband work in the rice fields, which is about 40-50 miles away from their house (2 hour ride on the motorcycle through small rugged trails). Last June, Sunami and her husband went to the forest to collect bamboo shoots in order to earn some extra income. As a result, they were bitten by mosquitoes and were infected with a deadly Malaria infection. Since they had no money, they could not afford to buy any medication.  This medical program helped her get medicine and mosquito nets for her family. Now, Sunami is doing fine! She is now able to take care of her kids and also help her husband in the fields to feed the family again.

During last year’s evangelistic trip, Stephen met a very lovely- 12-year-old- girl named Yohana.  Stephen was requested to pray for the health of this little girl.  Stephen found out that she could not continue her schooling because she had weak muscles, so she had difficulties walking by herself.  To make a long story short, Stephen gave her a bottle of vitamins (Stephen always carried a box of medicine during his evangelistic trip) for he knew that she was lacking the proper nutrition.  Now, Yohana is back to her school and very active in leading her friends and people around her to Christ. 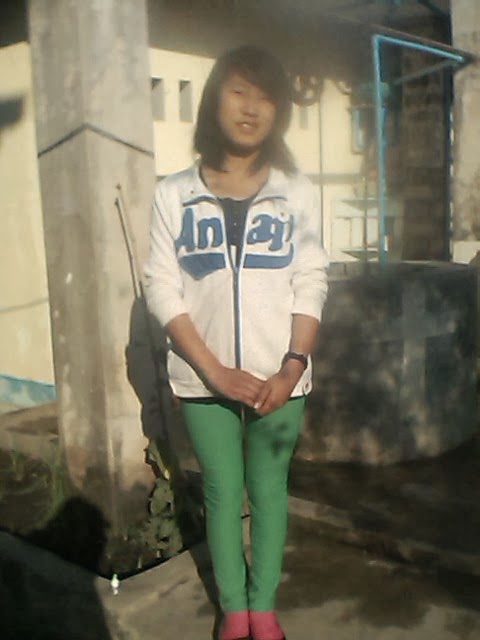 Every one of the Wongratanamajcha’s is doing great.   In the midst of Thailand political unrest, we are praying fervently that this political turmoil will not end up in a civil war.  We don’t know when and how this political crisis would end.  We are monitoring it closely so that our family will be secure.  We deeply appreciate your prayers for us.

Your partnering in advancing for His Kingdom always has been treasured and has made the world a different place.

In Christ Alone,
Stephen and Mary