The second leadership conference in Pying Oo Lwin, Myanmar (another name for Burma) is the highlight of our mission works on this month, October 2013. The conference was under the overseeing of the Shan State national ministers and organized by Robert Fish (Ah Lay Bo), one of our seminary (AIS) students.  The majority of the Christian leaders came to the conference from Lisu churches at the central region of Myanmar and over 50 leaders came from the Northern part, particularly Myitkyina; and some church leaders at the boarder of China-Myanmar also attended this conference. A little over 200 church leaders attending this conference.

These Lisu churches have a long history backdating to early 1900s when the first missionary, J. O. Fraser, started to evangelize and convert hundreds of thousands of Lisu animists in China into Christianity.  During the Christian persecution under the Mao Tse-tung revolution, the tens of thousands of Lisu Christians migrated from China into Burma, India and Thailand.  As the nature of Lisu people, loving to tell and share stories, God’s Kingdom has expanded to their neighboring ethnic groups of people, for instance, Rawang, Lahu, Wa, Hmong and Shan. 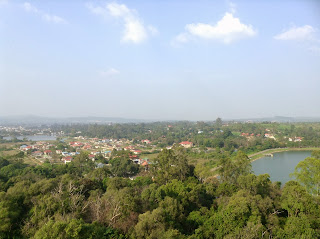 Pying Oo Lwin where the conference was held 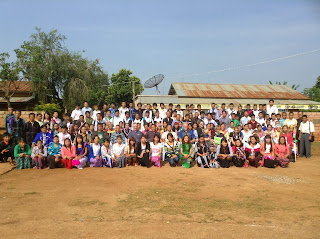 A group picture of everyone at the conference 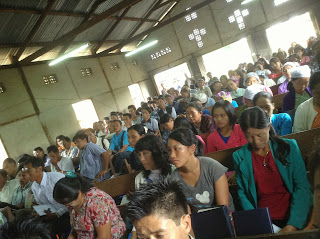 At this conference, a former professor at Cincinnati Christian University and currently a teaching minister at Parkview Church of Christ, Ohio, Dean Hammond spoke on Christian leadership and Nick Wongratanamajcha conducted a daily workshop on Youth Ministry, which is virtually nonexistent but essential among Lisu churches.  If it is God’s willing, Nick and his team (one of the groups attending from Myitkyina– a cooperative of 10 churches asked Nick to start the program with 400 youth in their area) will begin to establish Youth Ministry programs into the thousands of Lisu churches in Burma, China and Thailand.  This is very challenging! 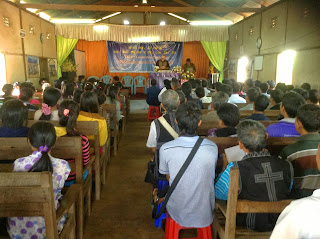 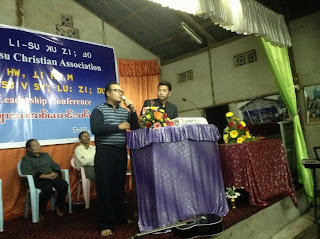 Nick preaching at an evening service 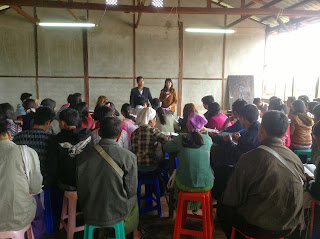 Nick at his Youth Ministry class 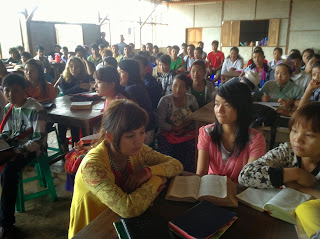 It was a great privilege for me to work with these 200 church leaders.  My spirit was  lifting up while listening to them sing beautiful hymns with angelic voices, seeing probably a third of them sing from the heart without looking at the hymnal books; humbly experiencing how God has moved at the conference; and above all, to speak on the book of Philippians, emphasis on what it means to be heavenly citizens, to the Lisu, a nomadic culture and context—moving around due to the political unsettlement, economic crisis or agricultural depletion.  My desire is to see these Lisu churches in Burma be a life-transforming church based on the Word of God and to be ready and aware of the new era of Burma, which is becoming a more and more open country; at this time of an opening country, both good and evil will come into their homes, society, and their churches. 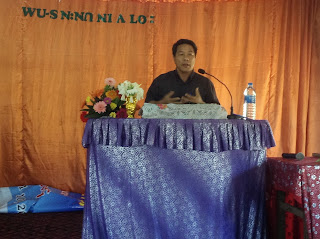 Stephen at his Bible class

Since Burma has changed tremendously in the past few years.  Myanmar, today, looks different from the past.  The country has various potentialities in developing the country in a positive direction.   However, there are many areas needing to be transformed.  Most villagers are very primitive. Reports say that Burma has only two classes of people: the rich and the poor.  The gap between the rich and the poor is a chasm distance.  The rich are extremely rich while the poor are extremely poor.   The country is still far behind in several areas.  The international airport at Mandalay was working without any modern day technology.  This is the only international airport perhaps that has no computer.  The air conditioner wasn’t working at the waiting room. People, even the airport personnel, were chewing bitter nut. It was hard to even understand what they were trying to say when they had their mouth full of bitter nut.  Chewing bitter nut is very popular in Myanmar. Also, foreigners are not permitted to stay at any homes, only hotels.  The roads are mostly one lane.  They drive on the right side of the road while the driver is on the right side, so when the driver would try to pass the car in front, he could not see around him. So, many time we had to grip our hands tightly to our seats. These are just some descriptions of Burma that I would like to share with you. So if you can imagine, this is a country that has been closed off from the world for so long.

The religious discrimination, the clash between Buddhism and Muslim causes severe impact upon social upheaval and political unsettled.  Since Buddhism is the national religion in Burma, the Buddhist movement led by a Buddhist monk named U Wirathu not only encourages the Buddhists to boycott trade with Muslims and shop only at Buddhist-owned stores, but also enforces to burn down many villages and eliminate several towns.  For instance, the riots in Meiktila, 100 miles south of where the conference was held, on March 2013 burnt more than 1300 homes in Muslim neighborhoods and killed 43 people. Also in Lashio, 170 miles north of where the conference was held, from May 28 to 29, 2013 according to the government one person was killed and five injured, included five homes, three mosques, one cinema, four warehouses, 32 shops, two cars and 11 motorbikes were burned.  Both of these incidents were kindled by this Buddhist movement.  While the government has begun to reform and making relations with the West, Myanmar needs to take a firm stand on human rights, pluralism, and security for all of its citizens, promoting the rule of law.  Please pray for people in Myanmar, particularly, Christians that the religious violence and persecution would not expand into churches (which many fear that Christians will become the next victims), rather using this time of conflict to demonstrate God’s love and peace to their neighbors.  Please pray also that the Lisu churches in Myanmar would be rooted in God’s Word, rather than human teachings, particularly, the liberation theology.  Today, this human theology is considered to be the main stream of Christianity in Myanmar.  This type of theology indeed causes division or discrimination which leads to pride and definitely becoming a stumbling block for evangelism.  Pray for the Lisu churches so that they would not be entangled with this evil trap!

Every one of the Wongratanamajcha is doing great.  In fact, this week is the first week in several years that we all have some free time to spend together.  Becky, John and Isaac are on their school break.  Nick and Stephen are on their ministerial and teaching break.  October 23, 2013 is the first day in many years that we went out, having a family picnic at the park.  Praise the Lord for this precious family time!  Mary is still busy taking care of the Burmese students in their daily needs.  The freshman of our Burmese students went back to Burma on October 6, 2013, while another group of Burmese students has just arrived and began studying God’s Word with us since October 17.  This group of students will be scheduled to go back on December 15, 2013.  At the moment, they are studying the Doctrine of God taught by Isaiah Yinthum (Laoyeepa).  Starting from November 5, Stephen will teach for 6 hours a day consecutively to December 12, 2013 (with a break on November 18-22).  Please lift him to God so that he will have energy to serve Him faithfully and accordingly.

We deeply appreciate your prayers and partnership in expanding God’s Kingdom and in making disciples in Southeast Asia and China.