The Wong Lifeline (September 2013 in Focus)

Joshua 1:9 saying “Be strong and courageous; do not be frightened or dismayed, for the Lord your God is with you wherever you go” (NASB).

On the wall in our living room, there is a sticker that says “God is with you in all that you do.”  This notorious sticker always encourages us to serve our Living God and Lord faithfully in every aspect of our family life and ministry.  Yes, indeed God is always with us.

Our recent trip to China on August 26-September 2 was very productive one, though the purpose of the trip was not for ministry directly, it was about cultural exchange under the sponsorship of the Chinese government.  The majority of the attendants are non-believers of China-Lisu, represented 64 counties (62 counties in Yunan province and 2 counties in Sichaun province) and 2 autonomic areas, where all of these counties are being governed by the Lisu mayors and governors.  Each county was granted 5 representatives to attend at this conference.  However, the number of Lisu believers, including the president of Christian in Yunnan, who happens to be a Lisu Christian, attended at this event.  In Yunnan province of China, for your personal knowledge, the largest Christian population comes from the Lisu people.  Stephen led 20 other Lisu leaders, both believers and non-believers, including our son Nick, to represent the Thailand-Lisu.  Some Lisu Christian leaders from Myanmar (Burma) also attended at this event.  University students who helped as attendees, half of them were Christians.  Praise the Lord!  God is moving in this pagan society gradually through the impact and example of the Christian lifestyle.  We believe sooner or later God will turn this country upside down through the Gospel of Jesus Christ.

Stephen’s life and ministry in China is very dramatic.  Above all, it differs from many other Christian workers in China.  At the beginning of Stephen’s mission works in China, it began with persecution from church leaders, who tried to arrest Stephen, but God saved him through non-believers, university professors and other government workers.  Stephen’s first sermon in a church a decade ago in China was permitted by one of the governors from the autonomic areas. God truly has a sense of humor.

After spending several years at the southwestern part of Yunnan province and winning many souls among Wa and Lahu people, and after empowering all God’s Kingdom works to local Christian leaders, our mission work has moved to the northwestern part of Yunnan province, at the border of the former Tibetan area. At first, we felt the strong animosity between believers and non-believers on the cultural issue.  Many nonbeliever felt the threat from Christianity.  We have tried several occasions to demonstrate the alternative connotation, through various speeches, articles and, of course, deeds of the Samaritan manifesto, and conduct.  As we all know that actions speak louder than words for carrying out the Great commission to the lost nations, China in particular.  Now, not only has the animosity turned into fellowship, but many of the government leaders also have acknowledged that Christianity makes people different.  At this conference, they even told their people publicly to take Christians as the example for a high moral standard and preserving Lisu culture through the written and spoken Lisu language, which is hardly found among non-believers.  Praise the Lord! 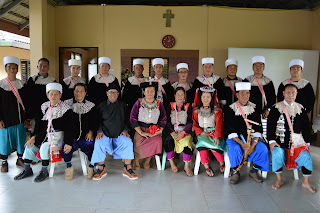 A group of the Thailand-Lisu leaders 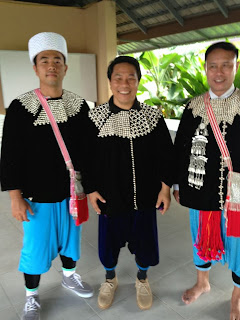 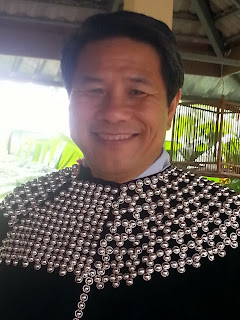 Stephen with a traditional Lisu dress 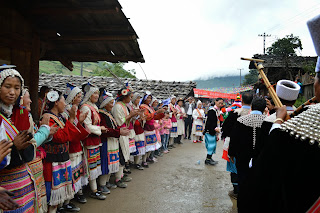 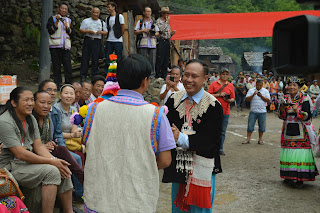 Police Lieutenant Colonel Nawin
is presenting a gift to the host 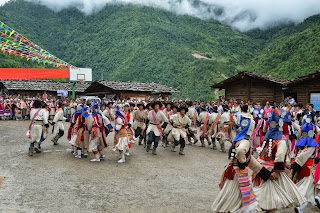 The China-Lisu is performing their traditional dance 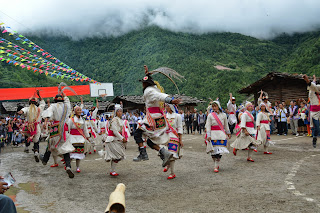 Through the good relationship that we have with the local authorities and leaders, various mission works could be done.  Your continue to pray for all our mission works in winning the lost souls among Lisu people and their neighboring ethnic people, for instance, Tibetan, Naxi and etc, at the border of former Tibetan area is much appreciated.  Also, your partnering, if God is calling, to do a short-term mission trip in the area is welcomed.  Various short-term mission trips can be done at the moment, for instance, a week of English camp, including sports ministry for youth and kids, and medical mission trip. The mission field is growing and many souls are being saved with your help.

Most of our time this month (September) has been spent on training and equipping our Burmese students.  Mary is busying in taking care of their daily needs, Nick is teaching English, and Stephen in particular has taught the Bible intensively starting from 9Am-4Pm from Monday-Friday for 4 consecutive weeks.  At this moment, they are studying in the book of Philippians, emphasizing the contrast between the social values, norms and mindset and the mindset of Christ.  Today, Christian leaders need to have the mindset of Christ in humility, sacrifice for others and walk in the way of Christ, rather than according to the values of the society around us. 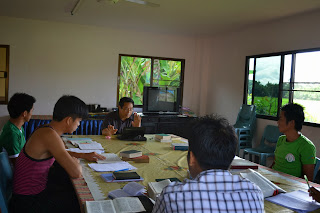 While John has just begun his classes, Isaac and Becky are at the final week of their first semester.  They are taking final exams.  Over all, the Wong family is doing great.  Every weekend the family, with the students of AIS, enjoys visiting various churches at village on the mountains.  Nick and John in particular have a chance to exercise their preaching skills and becoming a Christian model to many youth who are struggling with drug addictions. 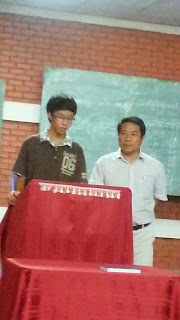 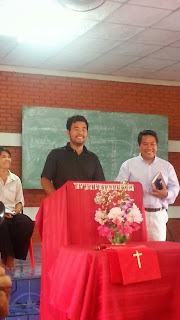 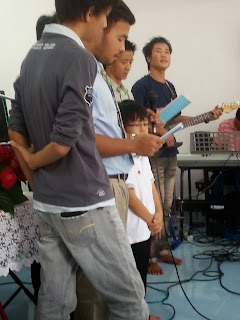 Nick, John, Isaac and Burmese student of AIS are singing a special song at church 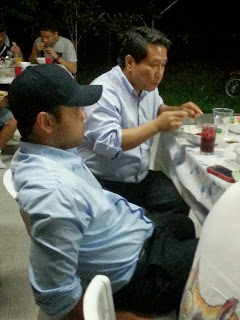 Thank you always for your partnering in carrying out the Great Commission to the lost souls and the making of disciples in Southeast Asia and China.

Ps. Please lift up John's school, Grace International School, in your prayers.  They have done a wonderful job in ministering missionary children.  They now need your supports more than ever so visit them at youtube by viewing at http://www.youtube.com/user/gisthailand