God is working in Southeast Asia! Particularly the country to the east of Thailand, the Gospel is spreading like wildfire and people are coming to Christ on a daily basis. Due to the security issue, we would like to not disclose sensitive details in the blog. Though we would like you to know that many people are coming to Christ and we want to thank God for the great harvest! Glory be to God alone!  Please pray for our missions and our partners in high risks areas on their ministry and their family needs.

After a wonderful month with the mission’s team from Boise Bible College, we thank God for sending even more help our way! In July, right after the BBC team returned to the US, a newly married couple arrived on the mission field only several days after their wedding! Ben and Cristina Meyer study at Biola University and decided that they wanted to start their lives together by serving and experiencing the mission field. We thank God because of missions-minded folks and this kind of dedication to serve is often rare. This is just one of the many reasons that we thank God. And we thank everyone who has been praying for kingdom workers to come and serve with us!

Early in July, with our new help, we went up to a Lahu village called Nong Kio, just north of Chiang Dao (the Lahu are an ethnic group of people similar to the Lisu). This church is full of people whose faith is on fire. Because of the persecution during the Cultural Revolution in China, the church founders fled to Thailand through the jungle roads of Burma.  Even so, because they did not know the Bible well, some of the people practiced their former traditional ways of life using black magic which resulted in the community splitting into five different churches. After Asians For Christ spent many years teaching this group of people the Bible, this church has finally transformed! And since then, this church has become one of the most missions-minded churches in Thailand. They have sent out over 30 native evangelists to various areas in Thailand, Myanmar, Laos and even China. This is the living testimony to show that the Word of God, the Bible, transforms people. Praise the Lord! In this village, Ben was able to give a sermon for the morning service and John preached during the afternoon service.

When we got back to Chiang Mai, we continued to teach English to local Hua Fai government school.  For Thailand’s National Teacher’s Day, we put together funds and bought some pork for a special meal for the students at the school. Generally, the children here are provided a lunch which includes only plain rice or noodles and a side of soup. But for this special meal, they each had several slices of pork! For some of the students, school lunch may be the only meal they get for the day and these kids are definitely in our hearts. After school, Nick would coach the kids in soccer, which is always a great way to spend time with these kids outside of school in an activity that they enjoy!


The following weekend, we went up to Sam Muen Mountain to visit one of the the Lisu villages where Christianity among the Lisu began in Thailand. Stephen’s side of the family used to live at this village and they happened to be one the earliest group of Lisu people who accepted Jesus Christ. From this very remote village, God has been moving among the Lisu people in Thailand because nowadays 1/3 of the Lisu population in Thailand are Christians! Praise Him! The drive up to this remote village took roughly five hours; on top of that, the roads leading up the mountain is among the most treacherous roads in Thailand. Driving up this mountain was a challenge, because the road, barely wider than the average car, is mostly dirt and is filled with large pot holes. The road from Sam Muen Village is unsuitable when it rains, and unfortunately, we had just entered the rainy season. And so, as we drove up the road we prayed that God would allow us to visit the Lisu up there because it had been such a long time since our last visit. We made it there safely and it was an amazing couple of days to visit the people and to encourage the Lisu Church in the area about how God blessed that village many decades ago and how He continues to bless them even until today. It was a blessed and beautiful trip; it did not even rain while we were there, so we had a safe trip down the mountain as well.


Our friend has started his evangelistic works among native Burma people (not ethnic minority). Many Burmese have turned to Christ from their Buddhist faith and now these new believers are seeking to learn more about the Word of God. At the moment, they are in need of Bibles in Mandalay, Myanmar. We recently received a request to send 1000 Bibles into the area. Praise the Lord! At the moment, only 500 Bibles in the Burmese language are available, so in the past week, we sent them all to Myawaddy, the border between Thailand and Myanmar. If God is moving your heart to be a part of this great opportunity to give Bibles to the Buddhist Burma who are seeking His Word, you are welcome to be on board with us. The actual costs of each Bible is $10, but some of the mission organizations like the Bible League of Thailand asks for 3.50$ per book (transportation fee not included). 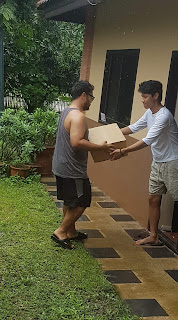 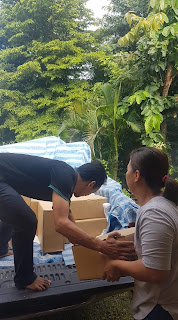 Our family is doing well, God is very good to us. The rain has become more consistent which brings down the temperature, but it also brings out blood thirsty mosquitoes! At the beginning of August, John went back to Boise Bible College in order to prepare for another year of school. This month, Nick preached at a local church about faithfulness and it went very well. He is also teaching to university students and investing a lot of time with the local kids. Mary is doing better but her back is still a bit sore. Becky helped John teach a couple times at the government school and she did a wonderful job. Stephen and Mary together have also been occasionally visiting and praying for elderly people in the mountains. Also, Stephen has also been communicating with a group from neighboring countries, as they want to learn the Bible here at our center. He is also continuing to teach the Bible via electronic devices. Pray for Stephen for his commentary works to be done for many people are persistently asking him about his upcoming books. Please also pray for our missions as God works through us in Southeast Asia and China.