Recently, Chinese anthropology traced Lisu history with documental evidence back to over several hundred B.C.  Lisu is like many other ethnic groups of people who have many unique ways of life and culture--the behaviors, beliefs, values, symbols and language which are passed down from generation to generation.  In fact, the Lisu culture is mainly rooted in both Confucianism and Daoism.  While the aspects of moral life based on Confucianism, as spiritists they relate all the religious rituals with  Daoism.  Since early 1900, thousands of Lisu have accepted Jesus Christ.  Nowadays, one-third of the Lisu in China and Thailand are Christians.  Over 95 percent of Lisu in Burma is Christian.  The number of Christian among Lisu is growing because the unique character of Lisu people love to share their faith with other people.

After accepting Jesus Christ, the Lisu have adopted the western way of life and religious practices; for instance, weddings, funerals, festival celebrations, church services (male and female on different side of the aisle), etc.  In many cases, Lisu is very legalistic (goes beyond what the missionaries taught them at first).  Naturally Lisu likes to make decisions straight forward with right or wrong, dos or don’ts, yes or no, white or black.  A few years ago, I went to Lijiang, Yunnan province of China.  One lady asked me to tell the local Christian leaders to allow her to accept Christ.  So, when I met those Christian leaders, I asked them about the lady.  I was shocked what they told me.  They said due to her occupation she should not be allowed to accept Jesus Christ.  Since the lady was working at the amusement park (similar to Disney Land), the door had been closed becaue the leaders held that dancing was a Christian taboo.
During this month, I have been invited to attend the grand Lisu New Year at Myitkyina in Burma,  approximately 100,000 of Lisu people will attend at this event.  Most of the attendants are Christians.  The highlight of this festival will be a sword-climbing and walking-over-fire by the spirit men from China.  The spiritmen will carry all the wood, water and swords from China in order to perform this ceremony.  Many of Christian Lisu in Burma are very proud of this tradition.  So, some of the leaders called and asked me to attend at this festival.  I told some of them that I won’t be able to attend at this event.  Since I am a servant of God, I won’t be able to attend this evil spirit ceremony.  My words had shocked many leaders.  They thought that this is merely Lisu traditional culture.  I told them these are not merely cultural activities, but indeed an evil spirit related ceremony.  Many of the Lisu Christian leaders have accepted Christ for three-four generations, they don’t even know how to divide between culture and spirit ceremony.  Many church members will be at risk in their spiritual life, misleaded by the ignorant Christian leaders who cannot distinguish between the culture and evil spirit related ceremonies.

Two weeks ago, I was invited to attend at the wedding of my close relative down in Tak province of Thailand. I had found after reaching the village that there was a dispute between the preacher and elder of the church about how to perform the wedding.  The preacher wanted to do according to the western way of wedding ceremony, while the bridegroom’ s parent who happened to be the elder wanted to do according the Lisu traditional wedding.  The Lisu wedding is relative-oriented, marriage is about the connection between two clans, or families, not only for the couple. The first welcoming or family acceptance with family blessings is the vital peak at the wedding ceremony.   So I advised them to merge between the two ways, first doing it in a western concept and then in the Lisu.  The wedding went well and pleased everyone of the villagers, both Christians and non-Christians. 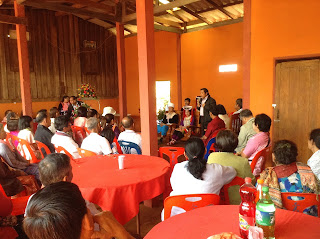 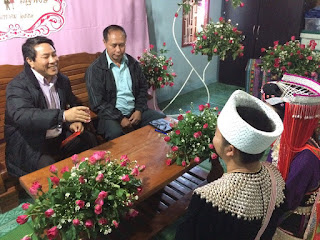 Acceptance to be a member of the family 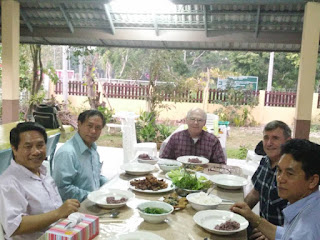 The Wongs in Update:

My commentary on the book of Revelation is at the final stage of proofreading and book formatting.  Usually, the computer uses auto correction and sometimes changes the fonts so I have to do several times of proofreading. For your general knowledge, many of Lisu alphabets are upside down or backward compared to the English alphabets.  Now, I am waiting for the perfect time to publish it.  Hopefully, after the leadership conference in February, I will have time in March to fly to Burma to publish it.  Much appreciation goes to Saxonburg Christian Church who designed the funds for publishing the book. 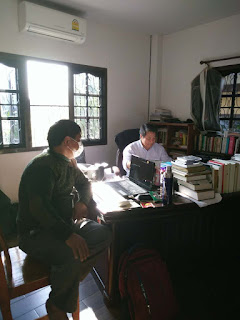 Mary is starting summer crop.  She is hosting guests almost daily.  This is an Asian culture.  Most of the guests will appear at your door without informing you but you have to give them your best hospitality, otherwise, your message has no meaning. 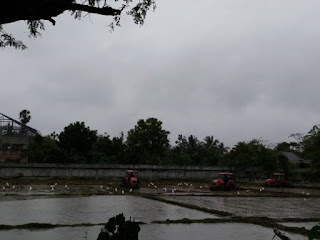 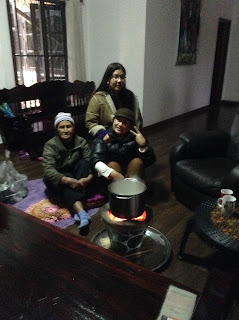 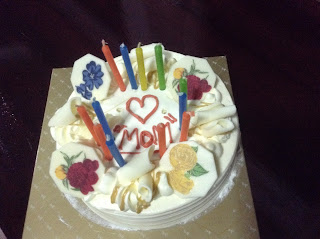 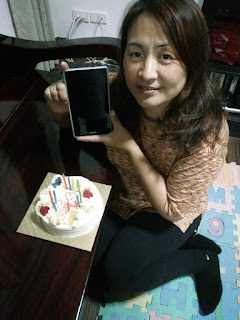 Nick is helping an international church here in Chiangmai with their youth program.  He is a volunteer, teaching the Bible to high school youth at church.  John has sent his application to few Christian colleges and universities.  He will make his final decision soon.  Mary, Isaac and I (perhaps Becky), if God is willing, are thinking to join John to travel to the USA so that we will be able to visit churches and friends while mentally supporting John one way or another.  I am also planning to take some time off from the mission field for doing more on commentary publishing this year.

May God richly bless you,