One of the Lisu ladies in China shared a note on Wechat (app) as following:

Out of 38,000 Lisu people in Huaping, Yunan province of China, this lady is the first and only one who has been searching for the truth about God’s Word.  Through Wechat, Stephen received her exotic note, so Stephen called her and told her that he is a Christian missionary.  She invited him to  visit her hometown during his trip to China.  Stephen also called the vice president of Yunnan Christian convention, which is approved by the Chinese government, to join him on the trip so that Stephen would not break the Chinese law. With the three-self-movement, unless the local authority gives the permission, the outsiders are prohibited sharing the Gospel of Jesus Christ. After the Lisu cultural conference at Weixei, Stephen led his group to Huaping in order to meet her in person and spent time with her in prayers.  Now she has been partnered with Petru, the vice president of Yunnan Christian convention, so that she will be able to study God’s Word via the electronic devices.  Please keep this lady in your prayers till she accepts Jesus Christ as her own personal Lord and God. 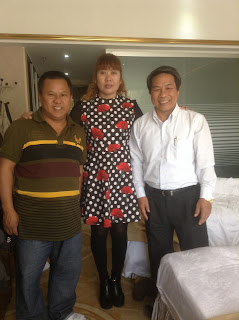 Left to right: Petru, the lady who seeking the truth,
and Stephen 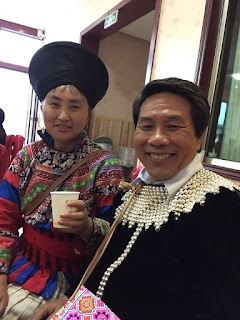 Out of 8,000 Lisu people,
she is the only Christian in Dechang

Why The Lisu Cultural Conference?

Stephen’s ministry in China began with an irony.  While Christian leaders in China attempted to put him in prison, non-believer among the Lisu people protected and hid him out of those persecutors’ hands.  Out of the persecution, God has led Stephen to make friends with many Lisu leaders who are working with the government.  Indeed, God is in charge!  He has appointed Stephen’s friend to become the president of the Yunnan Christian Convention.  The Lisu Cultural Conference has been organized by the Lisu leaders who work for and was supported by the Chinese government.  To attend the cultural conference, it provided an opportunity not only to dialogue but also to demonstrate Christian’s faith and life to the non-believing leaders throughout Yunnan and some part of Sichuan province.  At several occasions, Stephen has been invited to be one of the key speakers at the conferences since 2009.  During these years, God has changed those leaders from extremely anti-Christianity to a desire to hear the Gospel of Jesus Christ.  Many of those leaders state that they will accept Christ after their retirement (By law, they are not allowed to accept Christ).  Some of them allow their wives and children to accept Jesus Christ.  Other leaders always ask Stephen or his Christians friends to pray for them at the table fellowship before each meal.  Praise the Lord!

However, there are some leaders who express their hatred, their willingness to persecute any Christian.  One leader from Yongshi spoke out that any Christian who crosses into his area will be persecuted.  On the other hand, he asked Stephen to visit his area.  This is a great challenging calling! 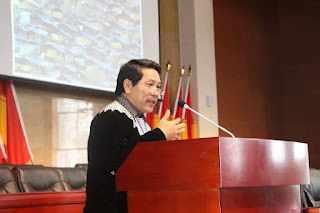 Stephen is giving a speech at the conference 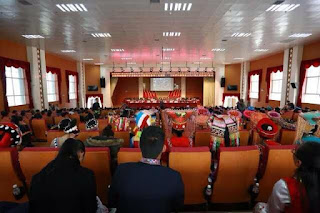 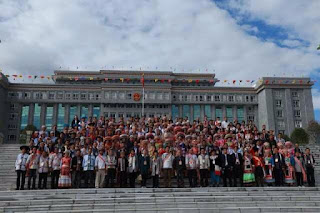 A group picture of the people attending at the conference 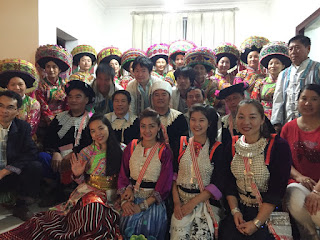 A group picture with Lisu in Huaping 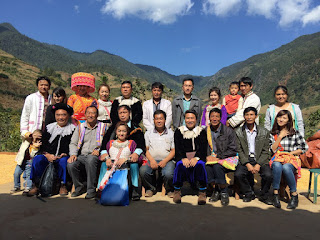 A group picture with Lisu in Sichuan

Almost everywhere we went, almost every non-believing Lisu we met, requesting our group to teach them how to read in Lisu.  We appointed one preacher in particular among our group to take his every opportunity to teach them how to read in Lisu while the rest making fellowship with other leaders.  Even at the public school, they asked the group to teach children about the Lisu language.  It is one of the most effective ministries in reaching out to the non-believers at this moment. 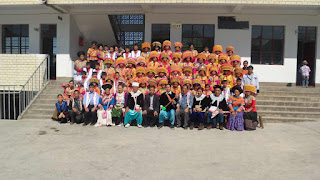 A group picture with Lisu students 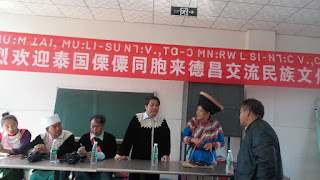 Stephen is teaching the Lisu language to students at Dechang 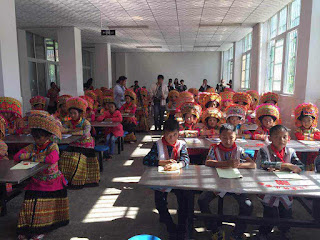 During this trip, the president of Christians in Yunnan province asked Stephen to give a copy of his commentary so that they will be albe to read through and perhaps to give the approval to print them out in China.  May God’s Will be done! 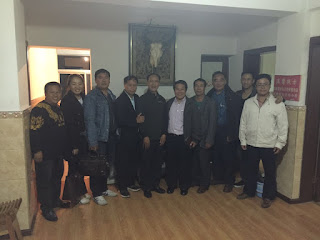 A group picture with the president of Yunnan Christian Convention 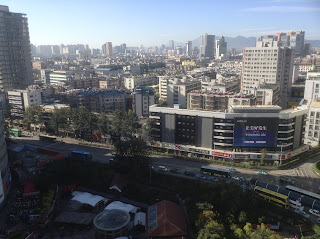 The Wongs in Update

Thanks to Mary who has been fully in charge of the family for the past couple of weeks; driving Isaac to school and managing everyone’s need so that Stephen will be able to work in full-time for His Kingdom.  Her purple jasmine rice (new kind of rice) is ready to be harvested soon. 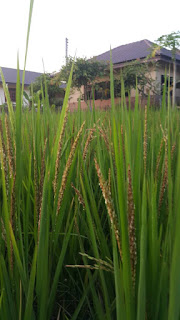 Due to her physical disability,  Becky was continuing to teach English to the dislocated Shan kids at our site. She is also helping Isaac with homework and spending time in reading books with him.  In the past weeks, she had been preparing for her graduation which will take place on November.  This will be a real blessing in her life.

Nick recently took a Thai course in Gemology in Bangkok. The new skill would be used in order to raise money for an orphanage project and youth ministry for the Lisu people in Myanmar.  Though he had never taken a course in Thai and neither can he write in Thai, he scored exceptionally on the test. While staying in Bangkok, he was able to meet many people and attend a church that is dedicated to reaching out to Thai university students.  He has met with recent converts and spent some time with them, and that was very refreshing to see new born Christians. He has a friend in Thailand that has now decided to become a Christian and is getting baptized in the near future. God is good!  God has been awesome in his life.

Over the past couple of months, John has been pretty busy filling out college applications, preparing for the ACT, and doing constant homework assigned from his classes.  Even though it was a lot of work, John enjoys learning and gaining new knowledge every day which helps him pursue his education even further.  Please take the time in praying for his college applications and his ACT test in December.  Pray also for his daily travels back and forth to and from school.

Our gratitude goes to all of you who faithfully take partnering with us in carrying out the Great Commission to the lost souls in Southeast Asia and China through your prayerful and financial supports.  May our living God and Lord continue to bless you.

In Him,
Stephen and Mary