Happy Easter to you all!

For the Easter, to celebrate Jesus' resurrection, we pray that your hearts are revived and transformed with  the love of God and your spirits are renewed with the hope of Jesus’ resurrection.

Mary, Isaac and Stephen just got back home from China last night.  This short mission trip was designed to deliver the money from IDES to tens of thousands of refugees who have flooded into the western part of Lincang at Muang Ting, Pong Kon and Cheungkang in Yunan Province of China.  The intense fighting between the Burmese troops and Kokang independent fighters in the Northeast part of Myanmar, particularly Laukkaing, a self-administered area of Kokang, has killed many innocent people.  Many women and children have been tortured and have been treated inhumanely.  Several thousand homes have been destroyed.

In the western part of Lincang, Asians For Christ has connections with over 50 churches
among Lisu, Lahu and Wa people. Many churches in the area are now sheltering and feeding these displaced people in order to display God’s love in a tangible, need-meeting way.  The fighting looks like an ongoing issue for months to come. The urgent need is related to daily circumstances. The first step in financial help would be to provide for refugees’ daily consumption of food, rice, vegetables, cooking oil and water. 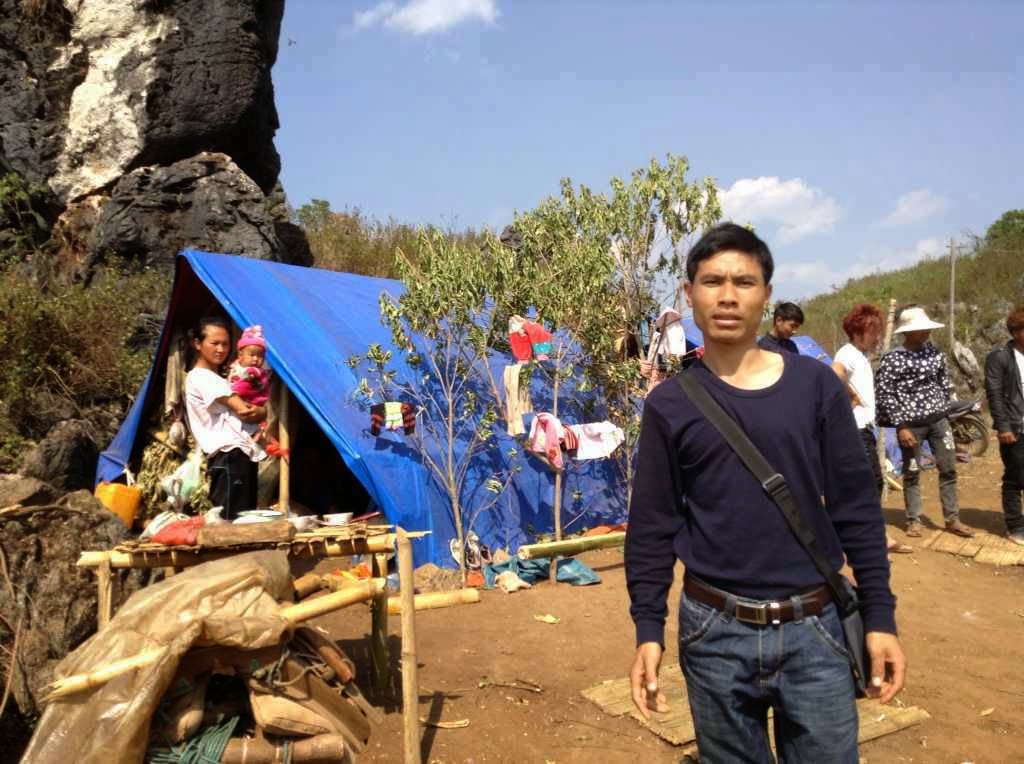 Tali, Chinese Christian leader, in front of the refugee tents 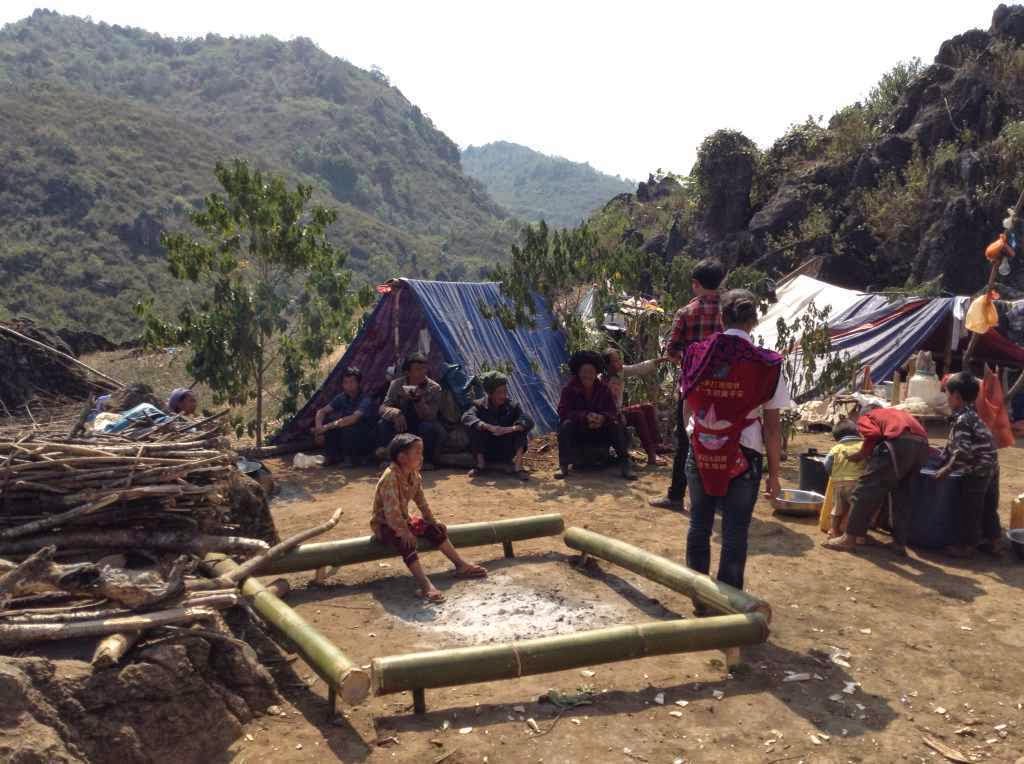 The life of the refugees 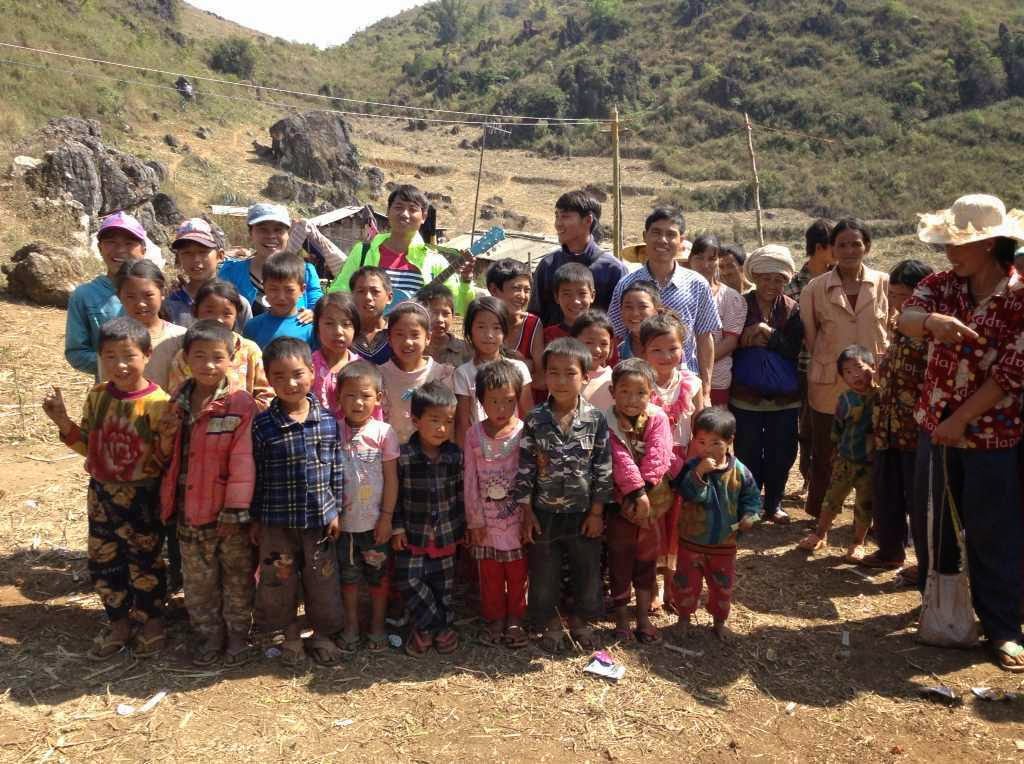 
Mainly for the security and for the future ministry inside Myanmar, the key Christian leaders, Tali (Yee Hong Kui), Ngaw wu and many others,  in the area suggested Stephen not to go and give the necessities to the people, at this moment.  Either side,whether the Burmese government or the Kokang insurgent, may assume that our mission is choosing sides because of this help.  Therefore,  the key Christian leaders sent their representatives to meet us at Kunming.  After meeting with them, we handed all the help to them and provided them with the essential information on how to carefully and faithfully handle this type of ministry for the sake of expanding God’s Kingdom among those displaced people. 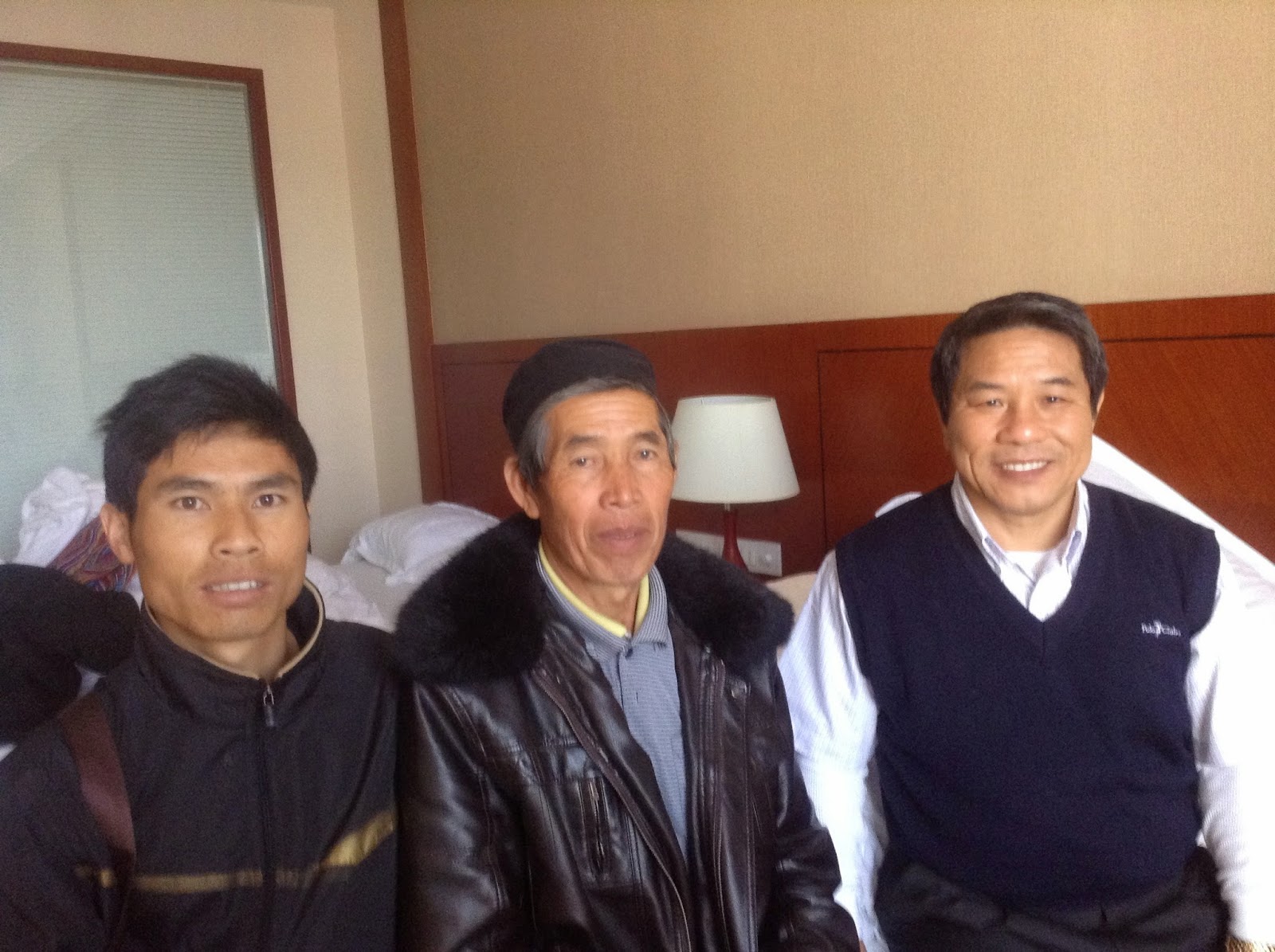 
Mary and Isaac took their time off from their daily activities and joined with Stephen at this particular trip.  Besides Kunming, they also made a trip to Dali and Lijiang to meet Mary’s relatives and friends in China.  It was an exotic trip for Mary and Isaac.  They even tasted a bit of what Stephen’s mission works in China looked like.  Particularly, Isaac had an opportunity to exercise his Chinese since he had learned Chinese as his third language for the past two consecutives years.  He also met many new people and was excited to travel on planes, trains and buses in China.  Sadly, Mary got food poison on her last day in Lijiang.  Friends of ours took her to the hospital to receive an intensive care so that she would be able to fly back home in Thailand. 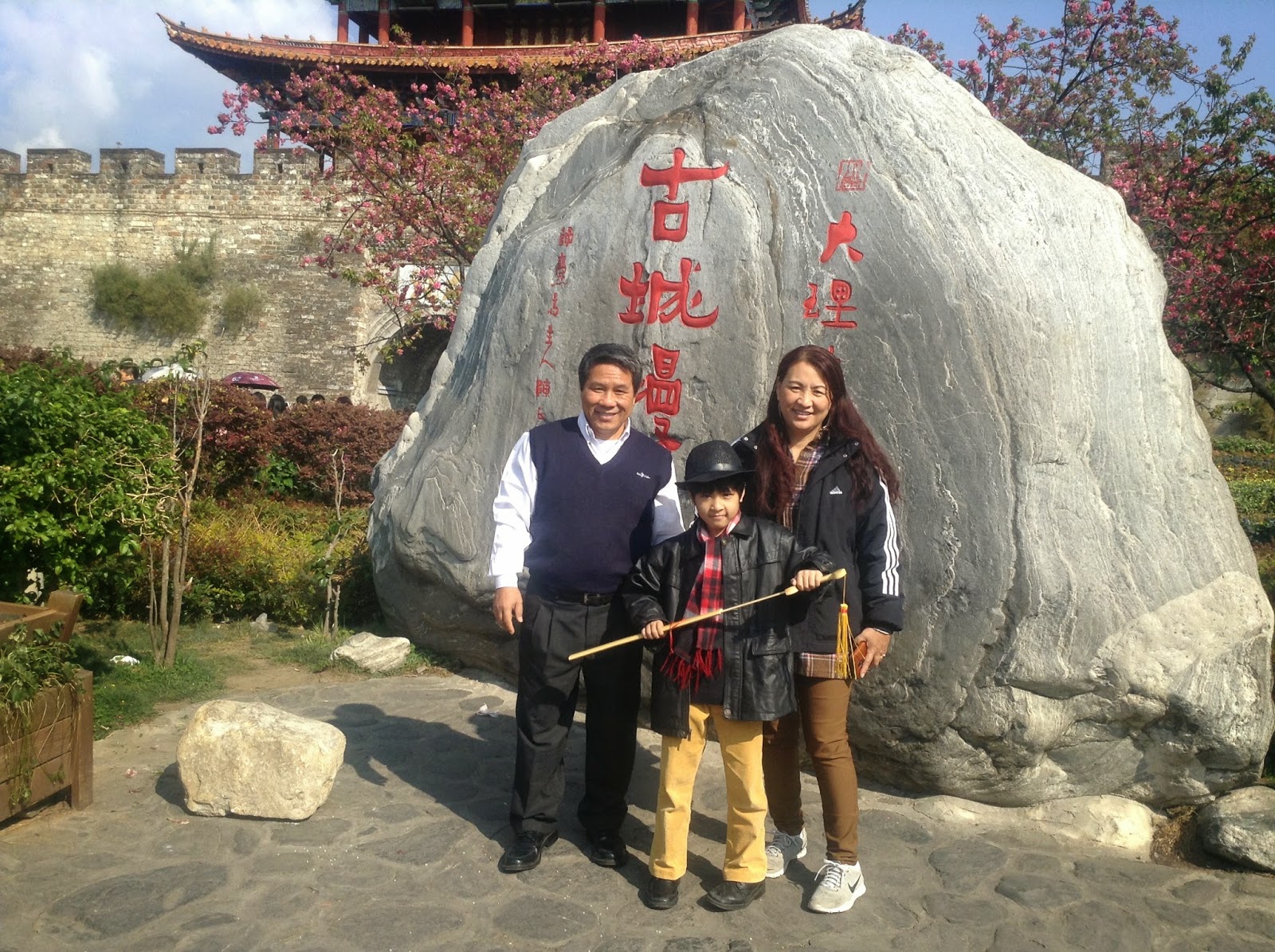 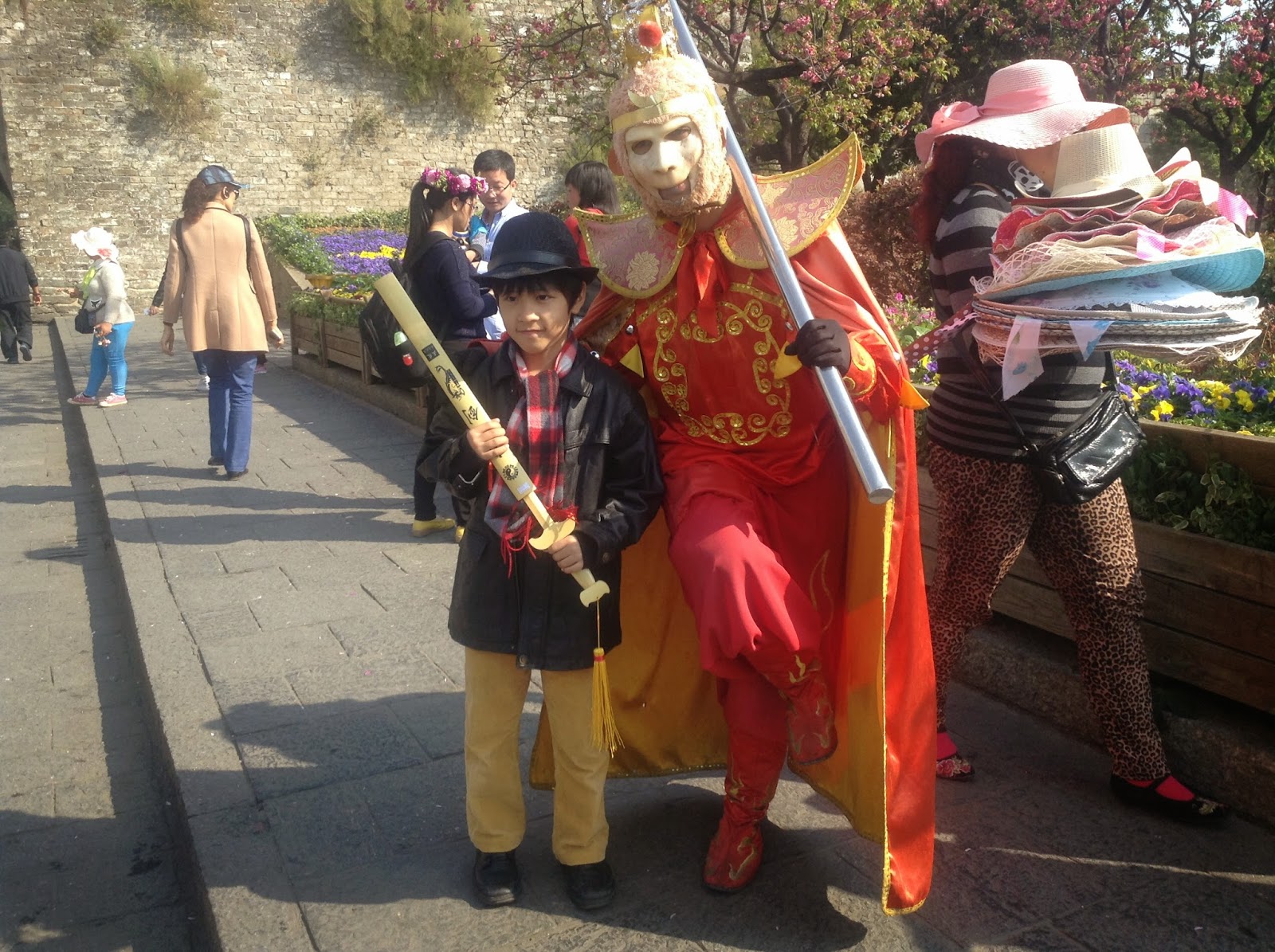 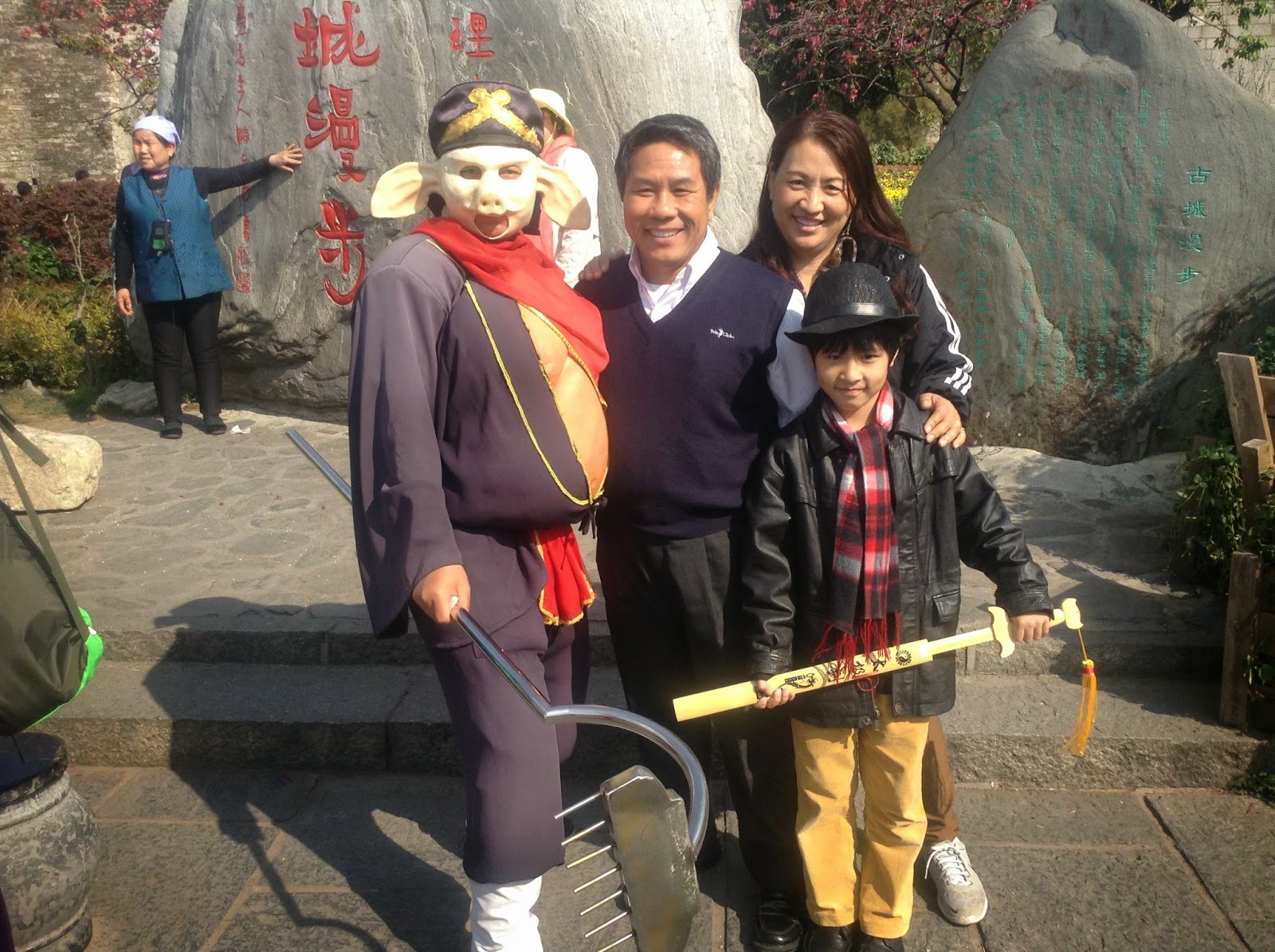 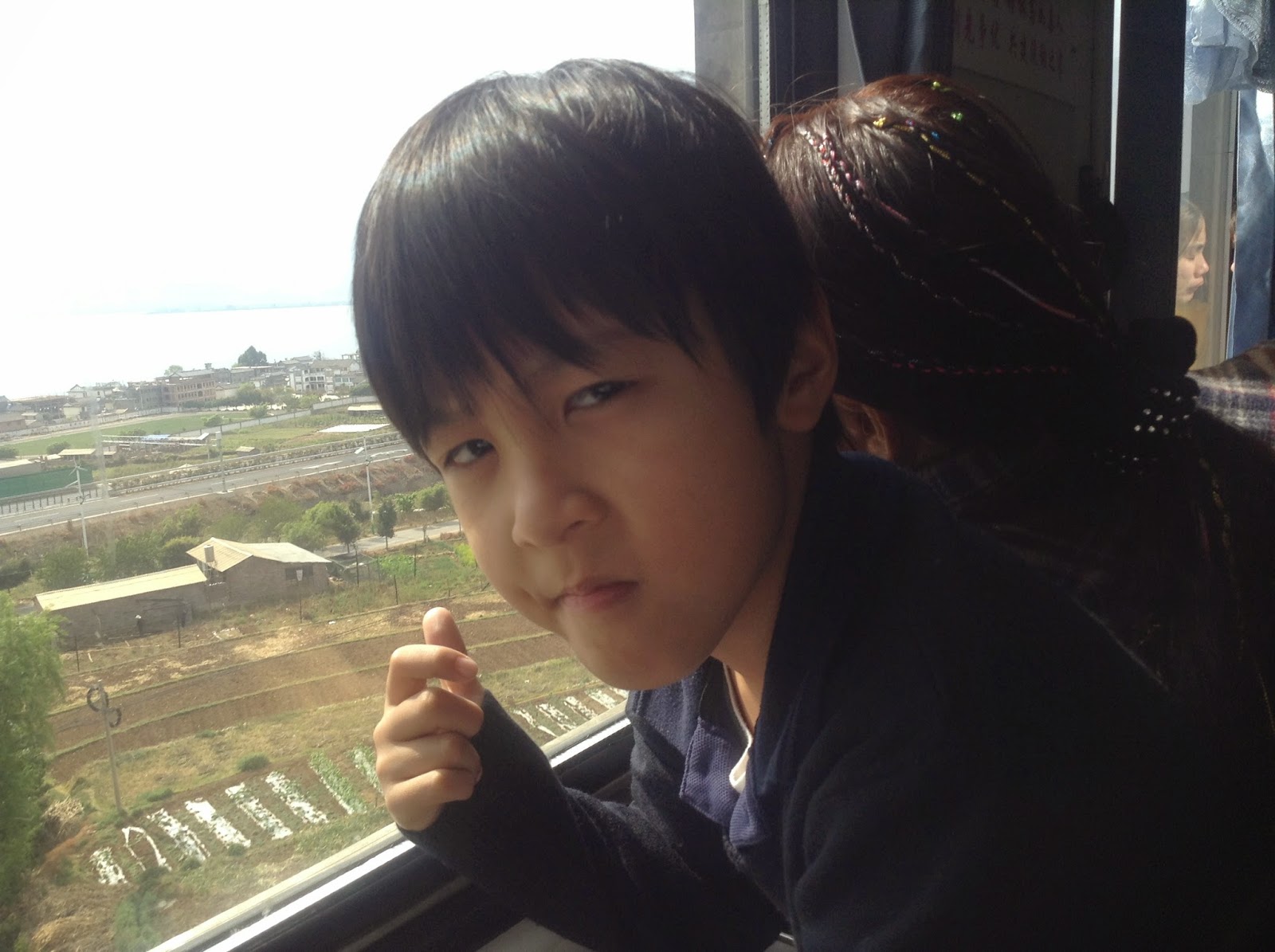 Isaac on the train to Lijiang 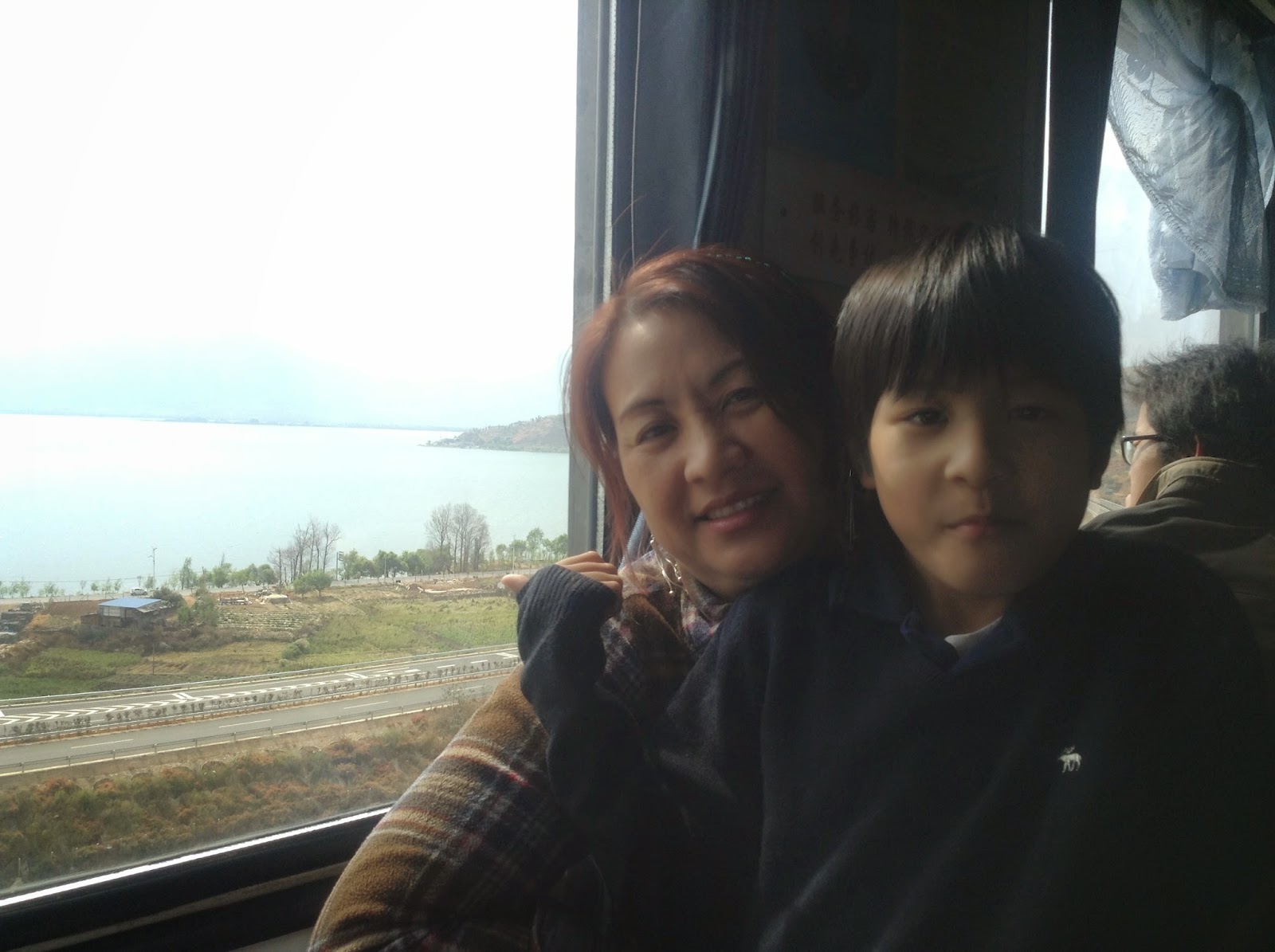 Mary and Isaac on the train to Lijiang, China 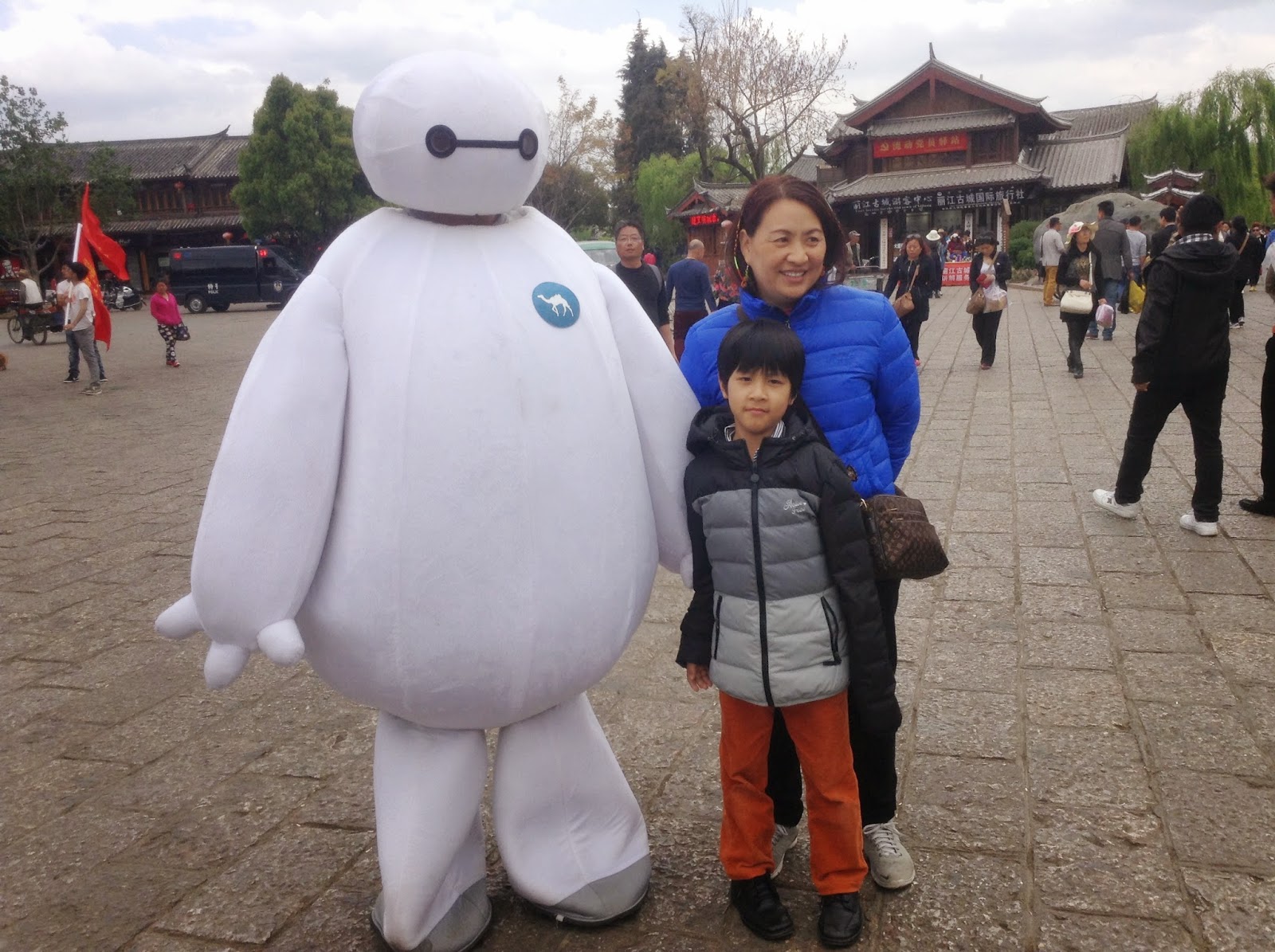 At the Ancient city of Lijiang 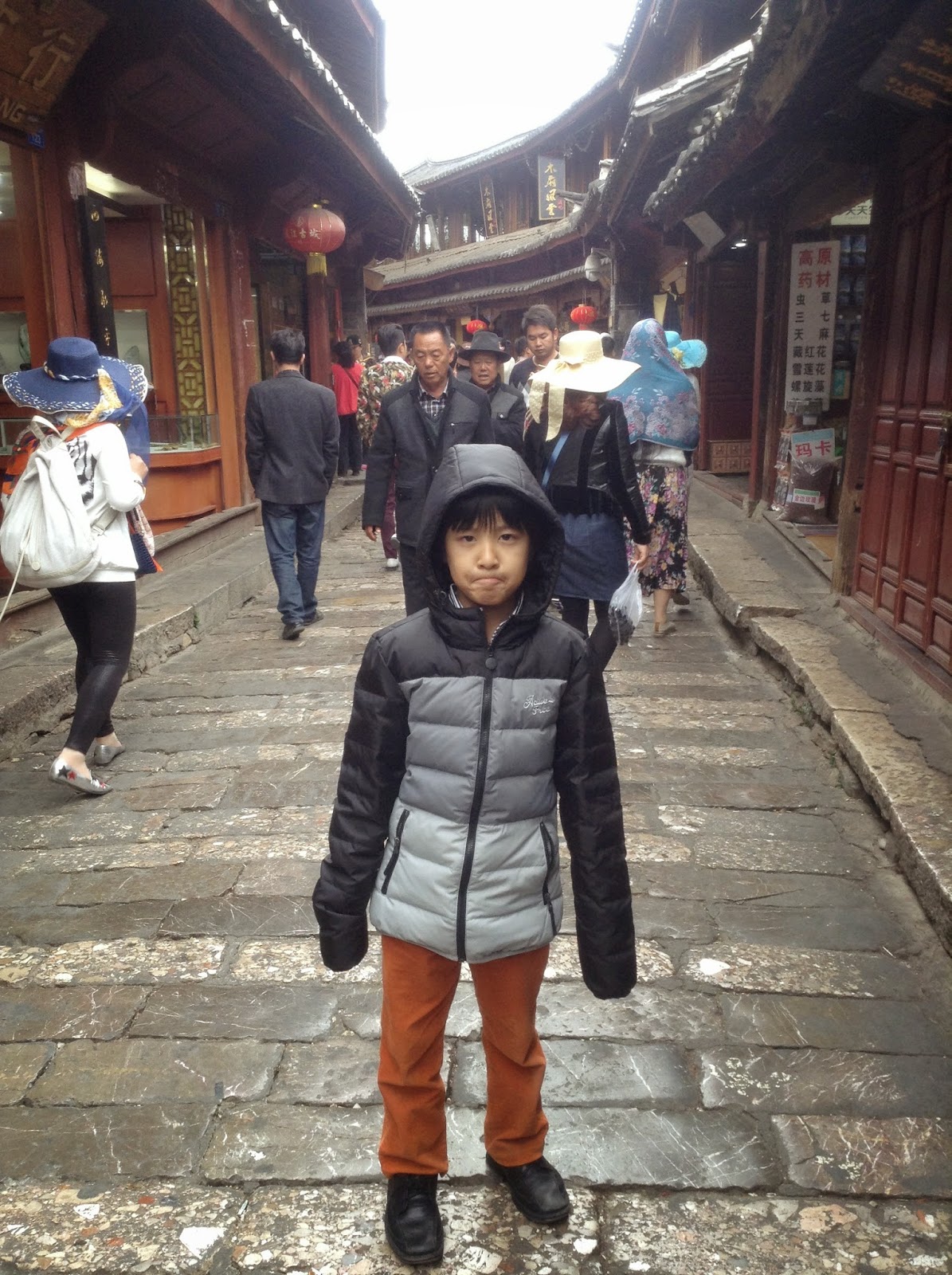 Isaac posing in the Ancient city of Lijiang


The highlight of our ministry this month was conducting the Lisu cultural seminar on March 13-17.  Nowadays, one of the most effective strategies for evangelism is cultural sensitivity.  Indeed, the seminar was well accepted by various groups of mission organizations and missionaries.  Many speakers were selected from both believers and non-believers.  Through this seminar, we are winning minds of those non-believers and hopefully, in the process, winning their souls in the near future.  Obviously, this type of seminars is breaking down the hostility between non-believers and believers among the Lisu people.  Moreover, the evangelistic door has been opened wider. One of the conclusion of this seminar is that every Lisu needs to learn how to read the Lisu language.  Many non-believers in various places in China are calling for Christian evangelists and teachers to teach them how to read and write in Lisu.  This literacy calling in deed is leading them to read the Bible because the Bible is the only available literature among the Lisu people.  Now, we need many ground workers to carry out such need.  Please lift up this need in your prayers so that God would send His workers into the field.

Needless to say in length, God is moving at this exotic event; however, where there is the Spirit of God working, there is also the evil ones in action.  At the end, God is the victor.  As Paul writes in Philippians 2:10-11 “Every knees in heaven and on earth and under the earth will bow down to the name of Jesus and every tongues will confess Lord Jesus Christ.”  Thank you very much for your prayer for this event. 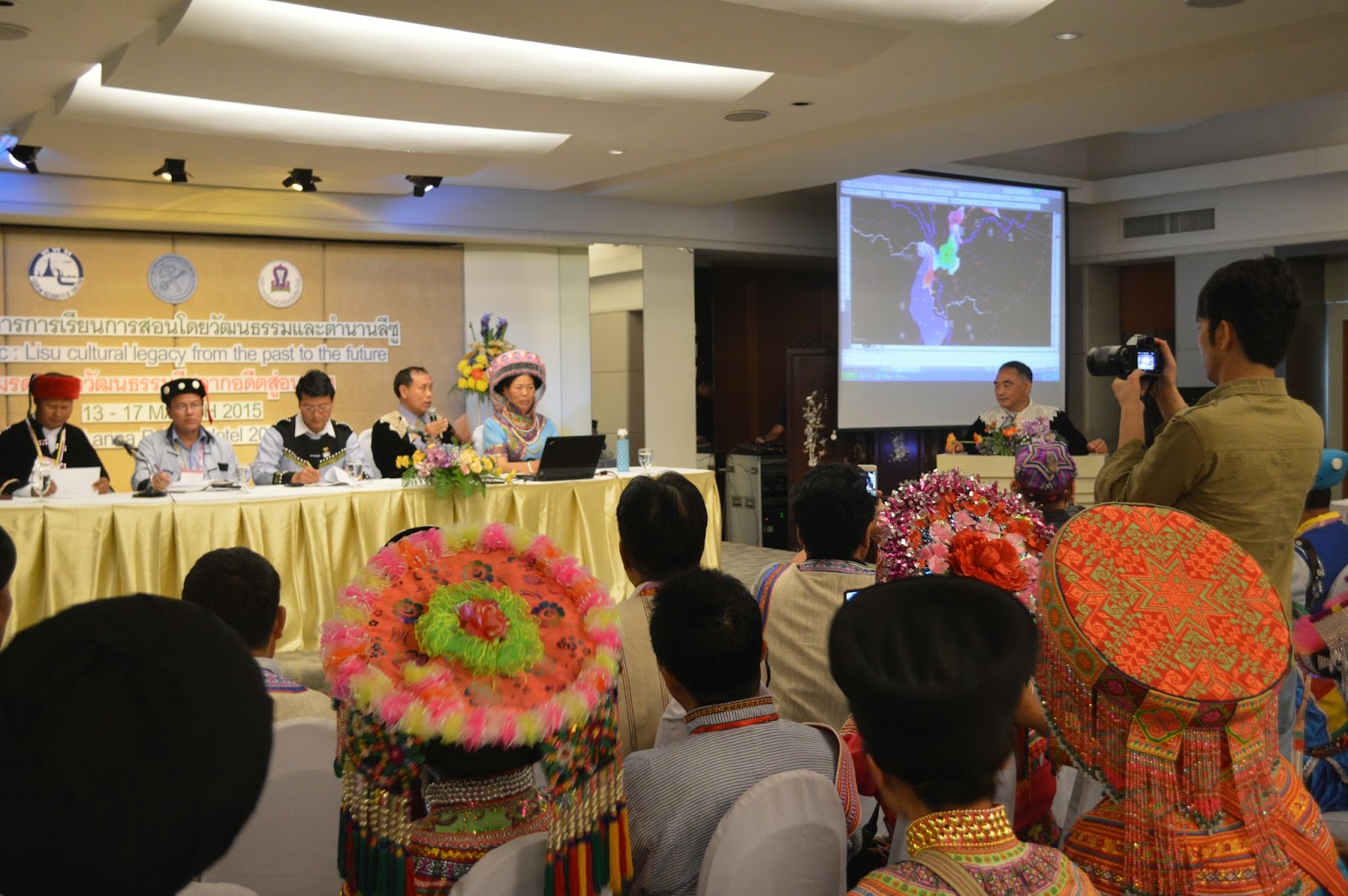 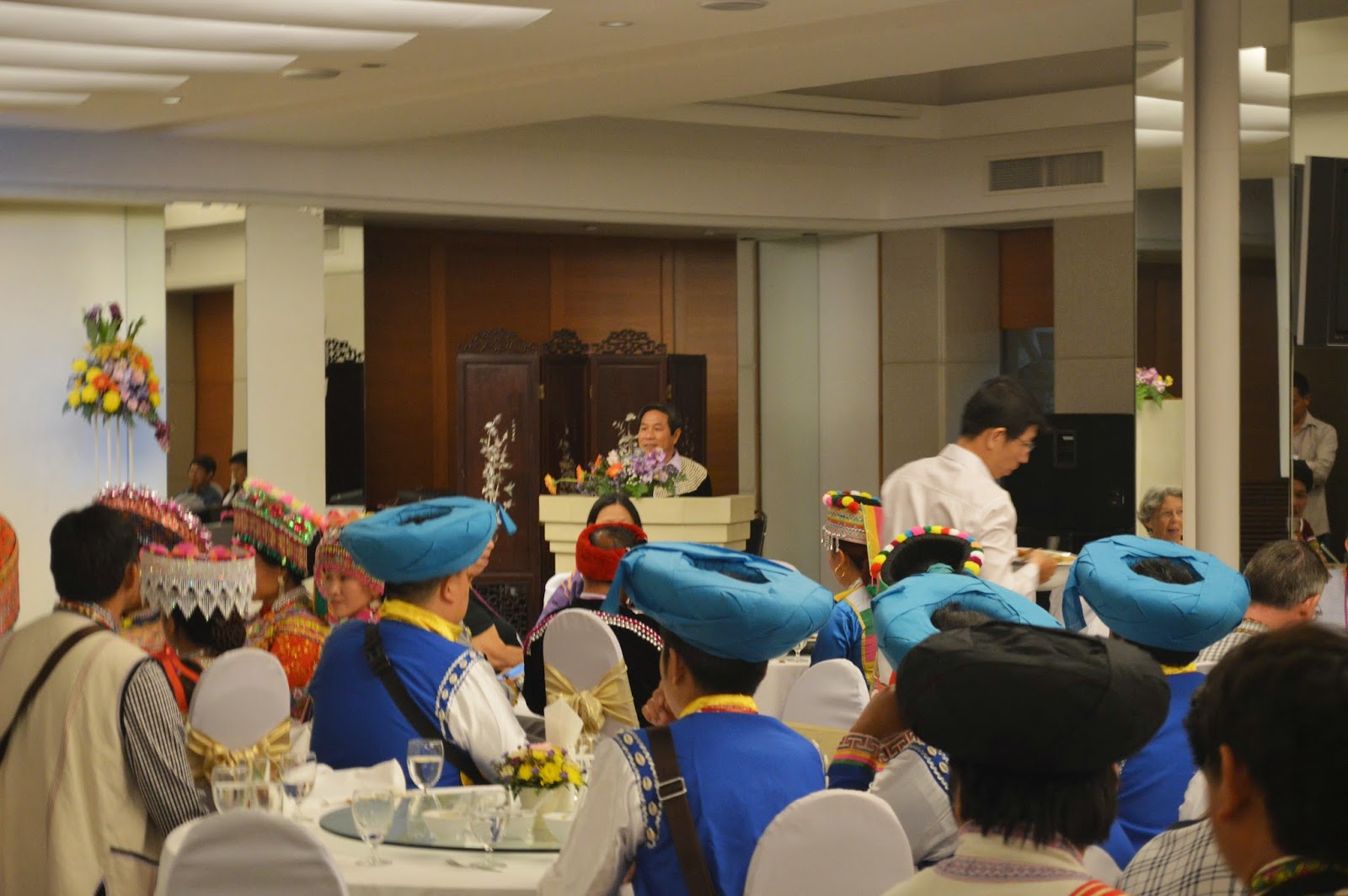 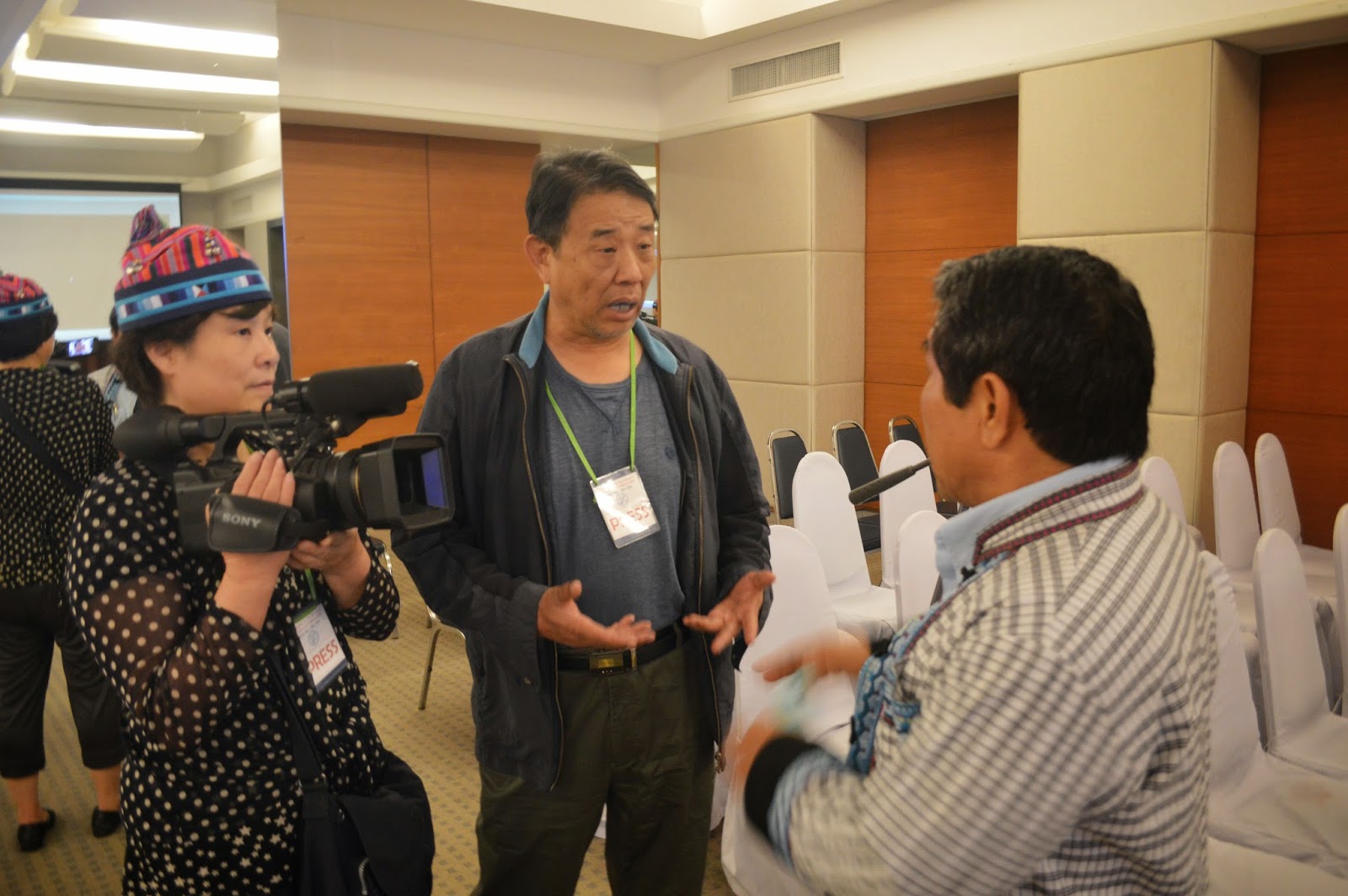 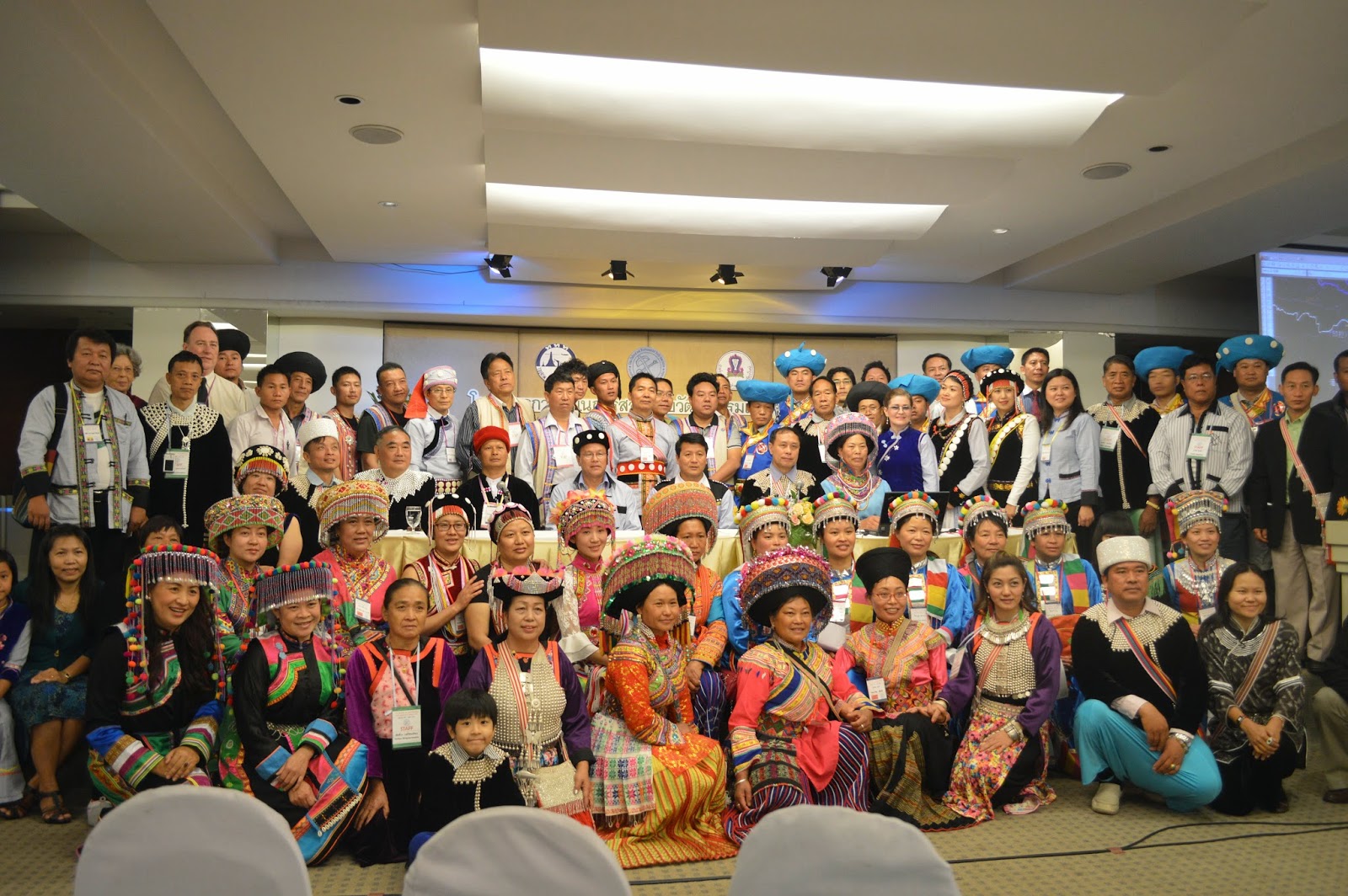 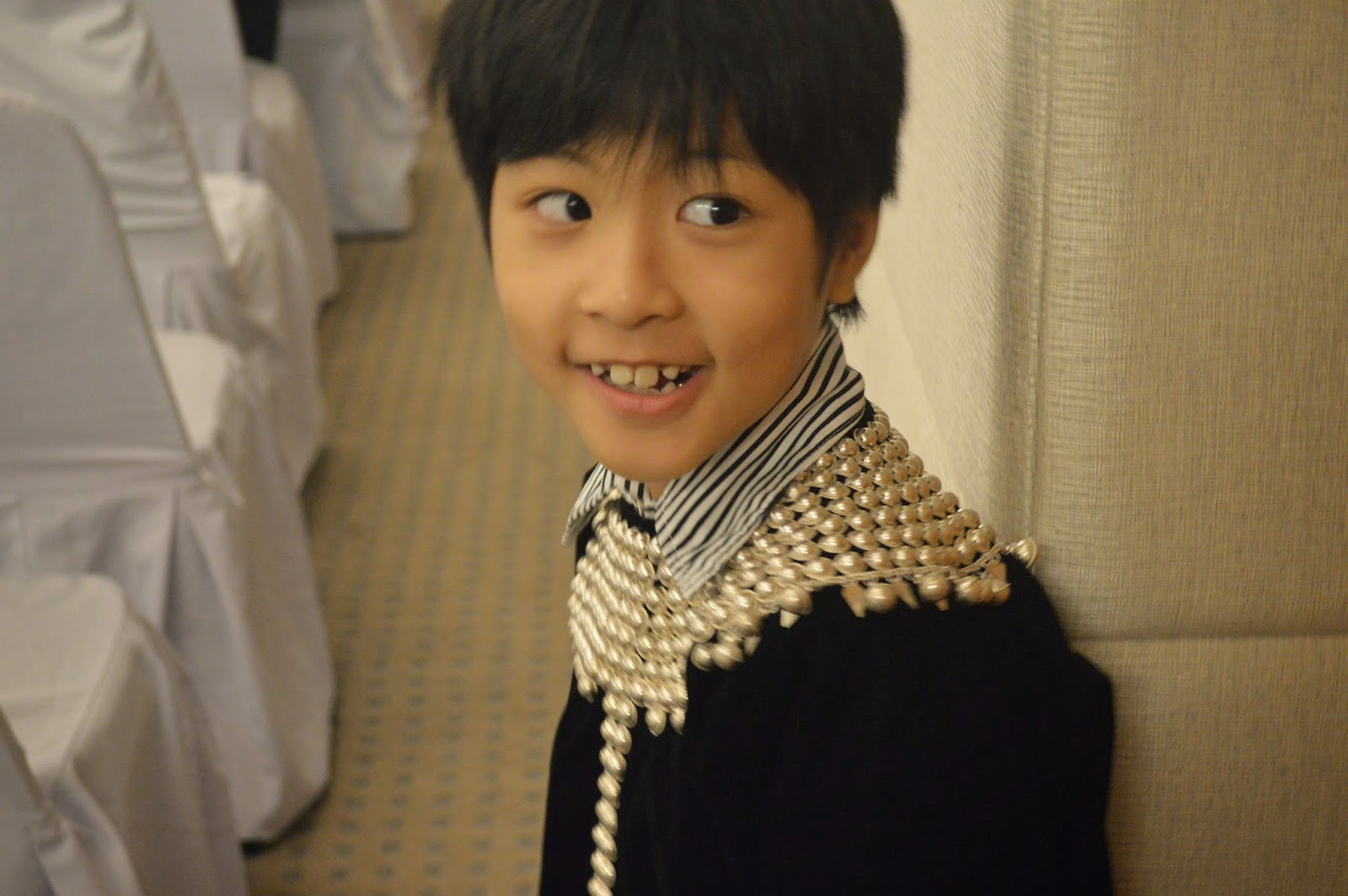 Isaac with the Lisu traditional outfit 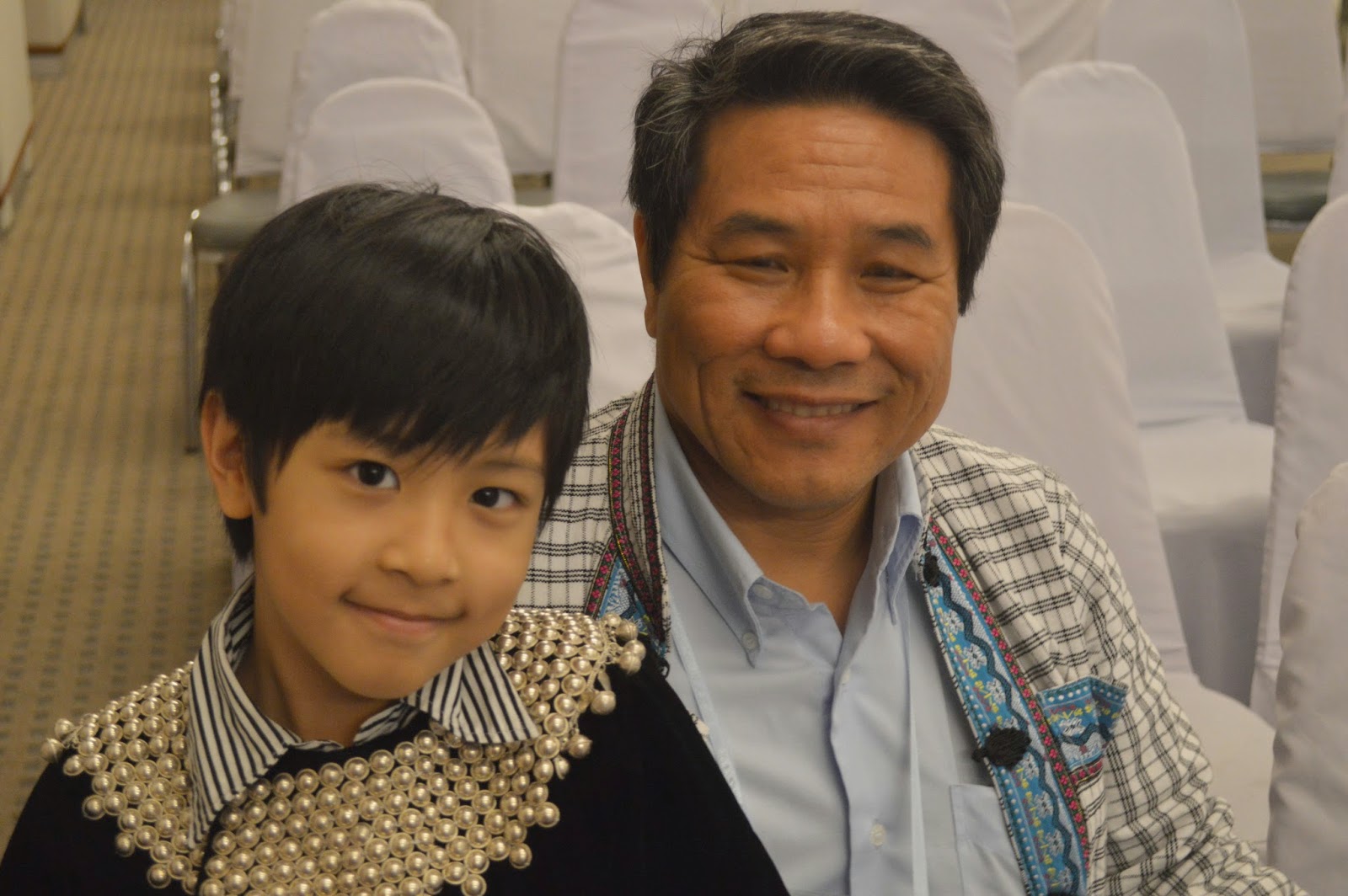 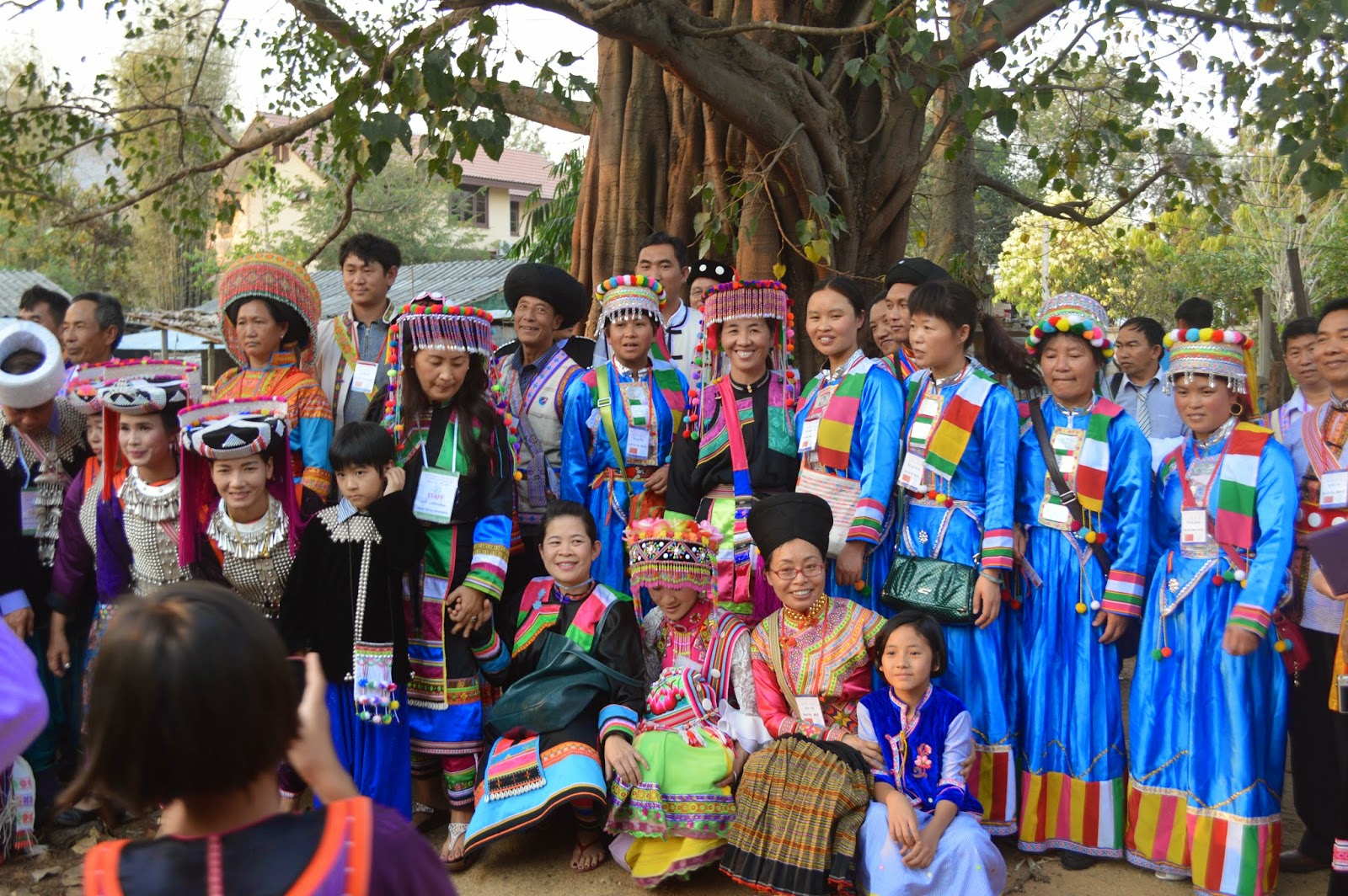 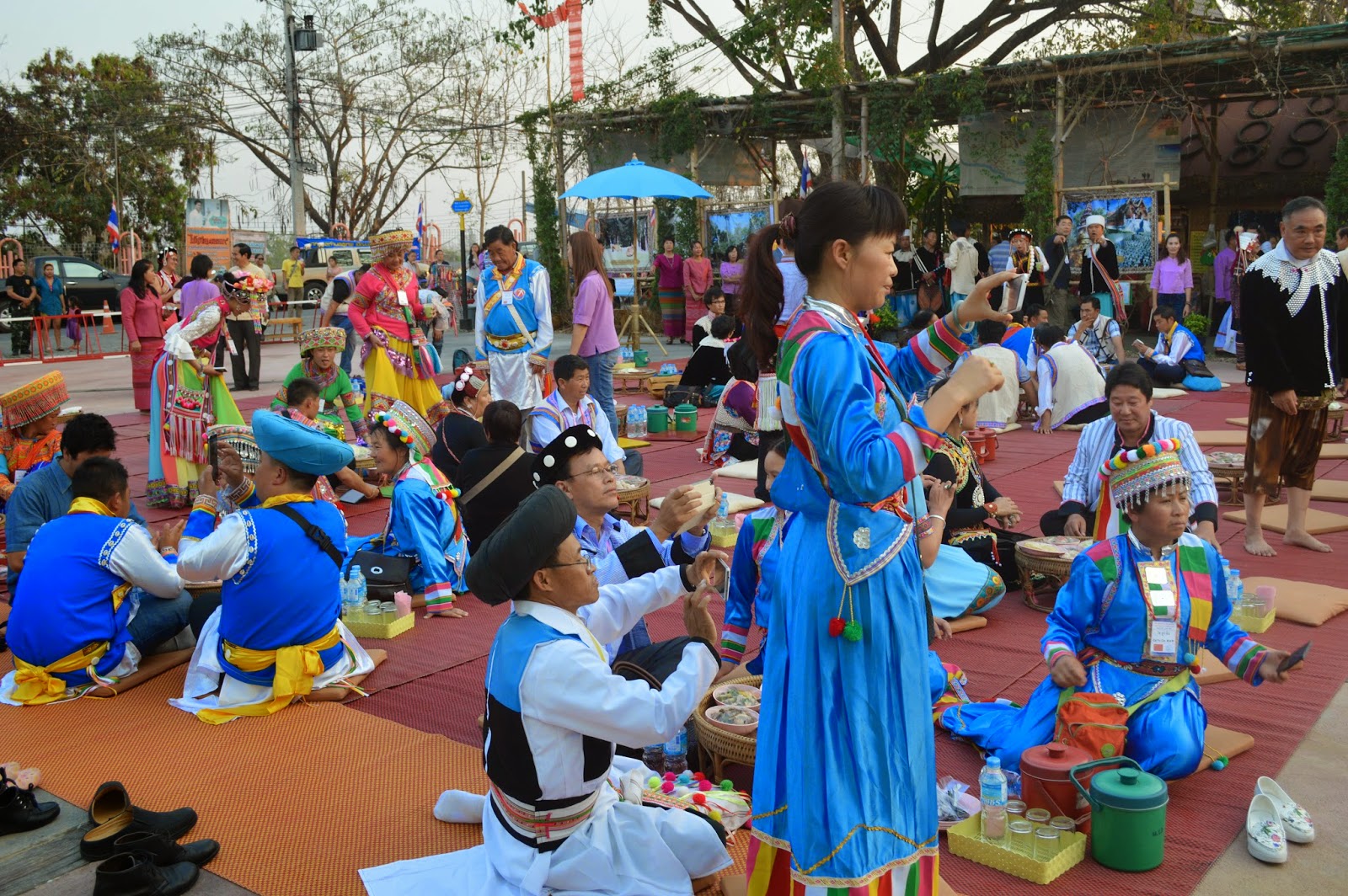 Honoring dinner with the local governor of Chiang Mai 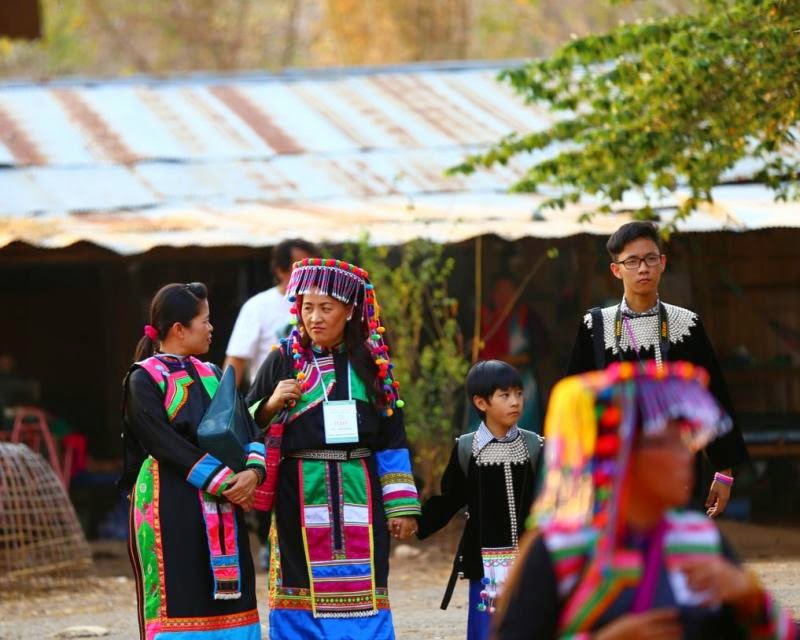 
After the seminar, Stephen took 40 Lisu leaders, most of them are non-believers, to Laos.   As you may already have known, Laos is considered to be a communist country, where Buddhism is their strongest influential religion.  The Lisu people have a culturally animistic background.  In fact, only one person in the group is leaning to hold his faith in Buddhism.  Since Stephen grew up with various religious contexts, so it was a great moment for him to offer the group a comparative theology on animism, Buddhism and Christianity.  The irony was that many times while the groups made a visit at the Buddhist temples, few Christians in the group came to Stephen to discuss about the Scripture, God’s Word and their faith in such contexts.  Pray to God that these people would learn from Stephen not merely through his words, but through his deeds.  May our living God and Lord receive all the honor and glory! 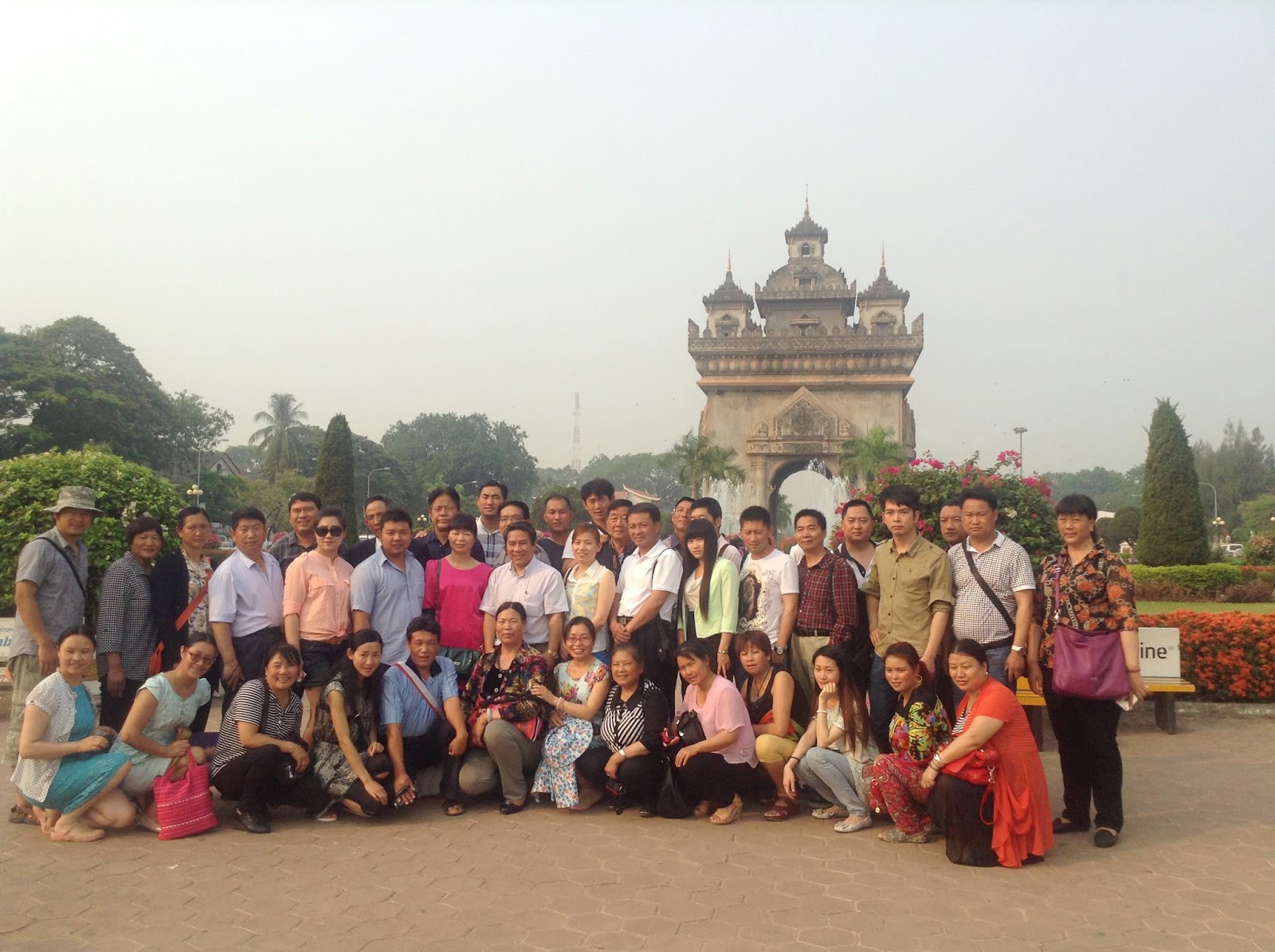 The group of Chinese leaders that Stephen led to Laos

Nick spent his week in the Southern part of Thailand, Krabi, with his former classmate from Pensacola Christian College.  Nick and John are intensively preparing themselves for the upcoming youth camp at Myitkyina, Myanmar on this upcoming April.  Nick and John will team up with Caleb Hutchcraft and Drew Hanson, youth ministers from the USA, in Chiangmai and then they will all fly out from Chiangmai to Mandalay and then to Myitkyina.  Please pray for this team for God will be working with/or through them.  At this moment, Becky is at her final two months at her university.  She is busy in wrapping up all her class works.

May our living God and Lord Jesus,  the Son of God, who defeated death and rose from the grave as the firstfruit of the resurrection be with you and bless you.