I remember from when I was young that a day before the New Year eve was the day that all Lisu would take a bath, clean their houses, and wear their new clothes.  Having new clothes on New Year was considered very special since we wear only one cloth throughout the year.  For Lisu, the New Year also has been considered to be sacred days because they would set one day to dance for their spirits.  Moreover, each Lisu family would call their spirits to thank for the past year and to bless them for the coming year.   This mindset has carried on even after their conversion, except dancing for the spirits.  However, rather than calling for the spirits, they thank the living God and ask Him for blessings in their lives and for their families.  This is a very essential issue in their worldviews.  Pastoring within this type of cultural context, we had been invited almost every day in the past month to lead a house-devotion at Lisu houses.  The house-devotions normally consist of hymns, praying, preaching, hymns, praying and ends with a lunch feast.  It was an exciting devotion at the first few houses, but after several dozen houses, day in and day out, we need lots of love and endurance to finish the calls. 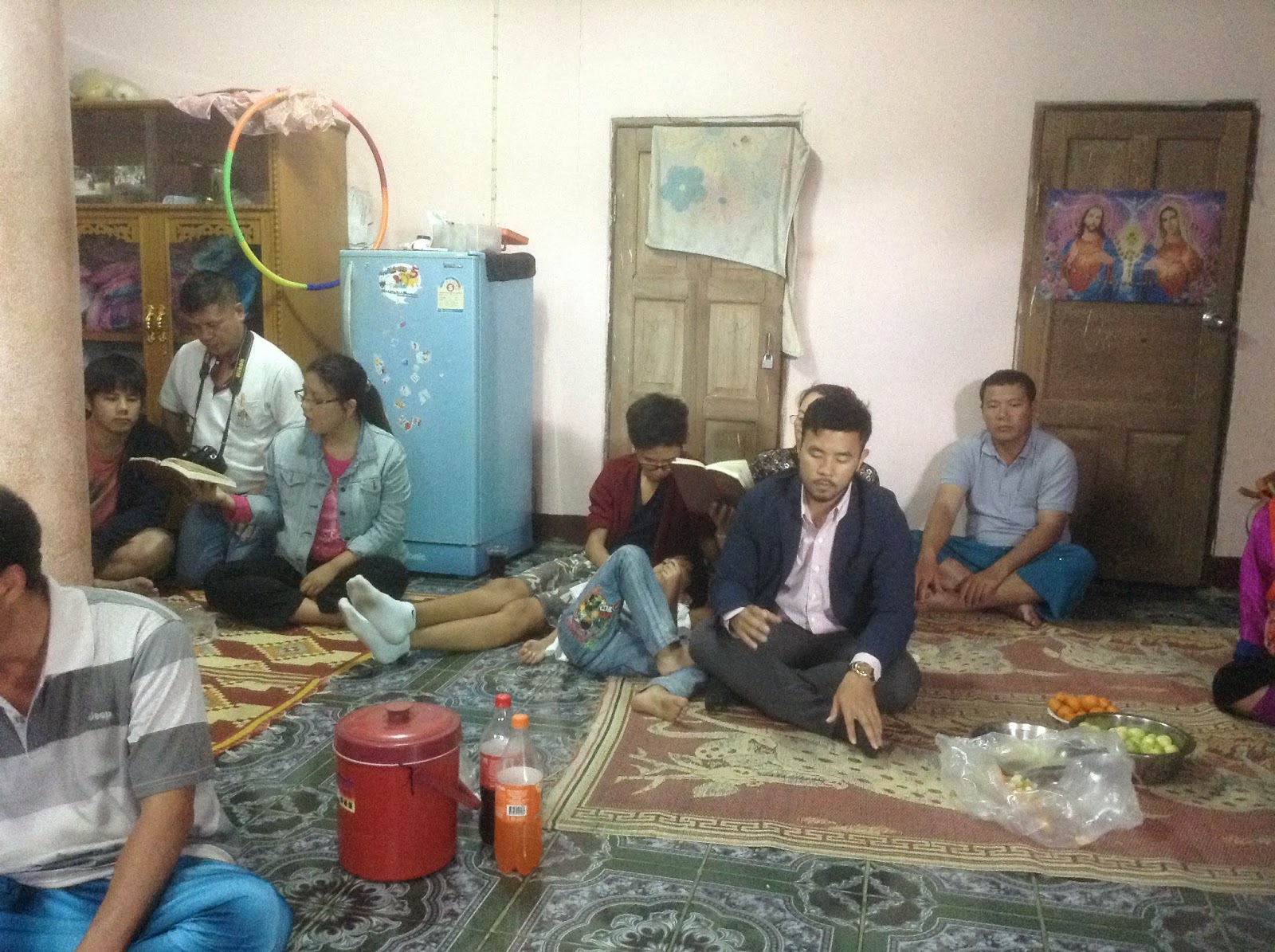 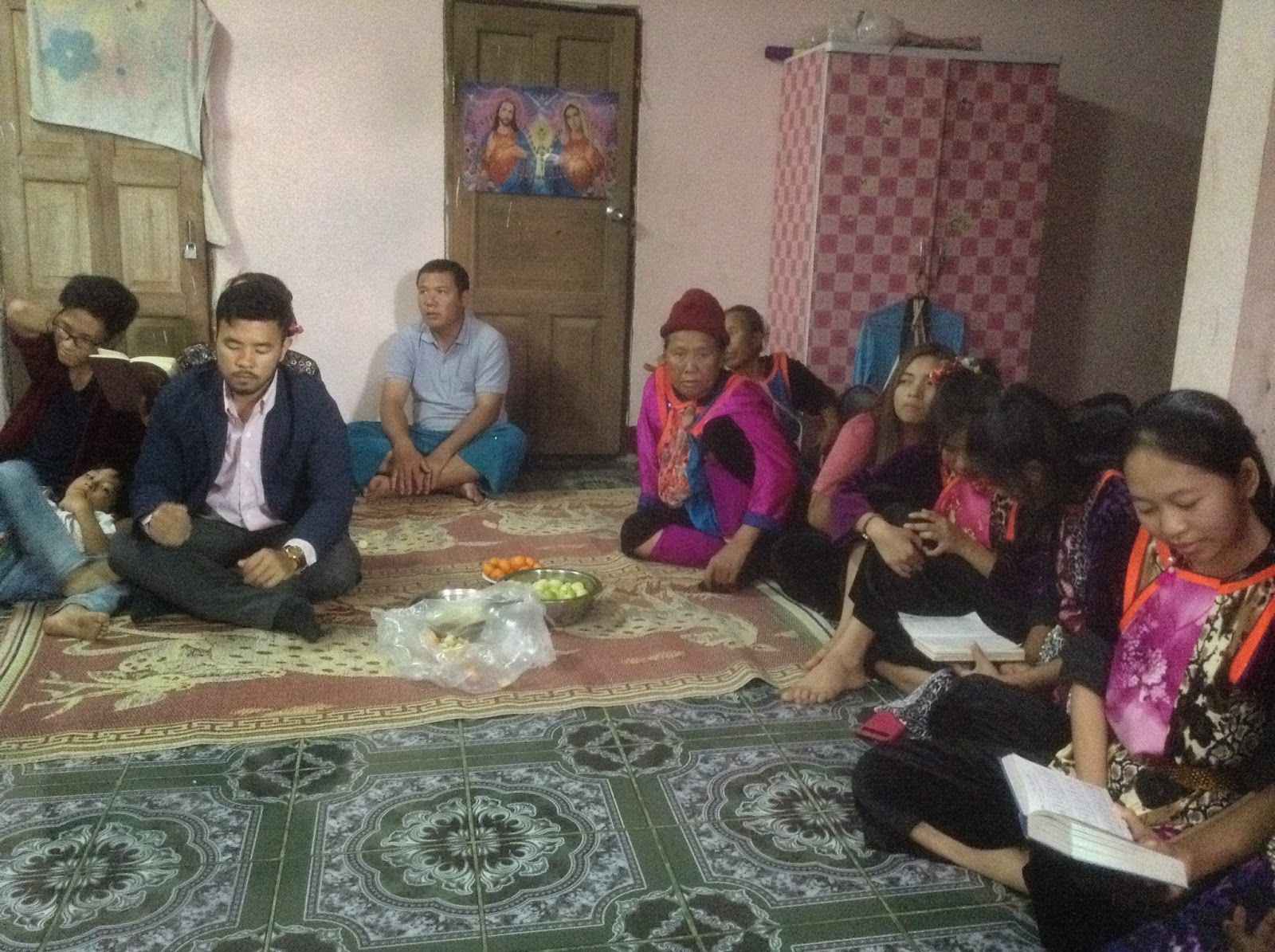 During this month, the Wongratanamajcha hosted a group of family relatives from France.  These close relatives are atheists; they had never heard the true Gospel of Jesus.  One of them is a former Catholic.  The family used this opportunity to demonstrate the love of Jesus Christ and teaching them the Word of God.  We took them in, inviting them to join us at several house-devotions so they could hear the Word of God.  On Valentine evening, we had a special devotion at our house.  Stephen preached on love from 1 John 3:18 where it says “let us not love with words nor speech but with deeds and truth.”  The world would be a much better place if we love each other with deeds and truth.  Every family needs love with deeds and truth.   It seems that they were moved by God’s Word.  One of them emailed us and said that his spiritual life has been renewed during the stay with us, more than any time in the past 20 years of his life.  Praise the Lord! We pray that God will continue to work in their lives. 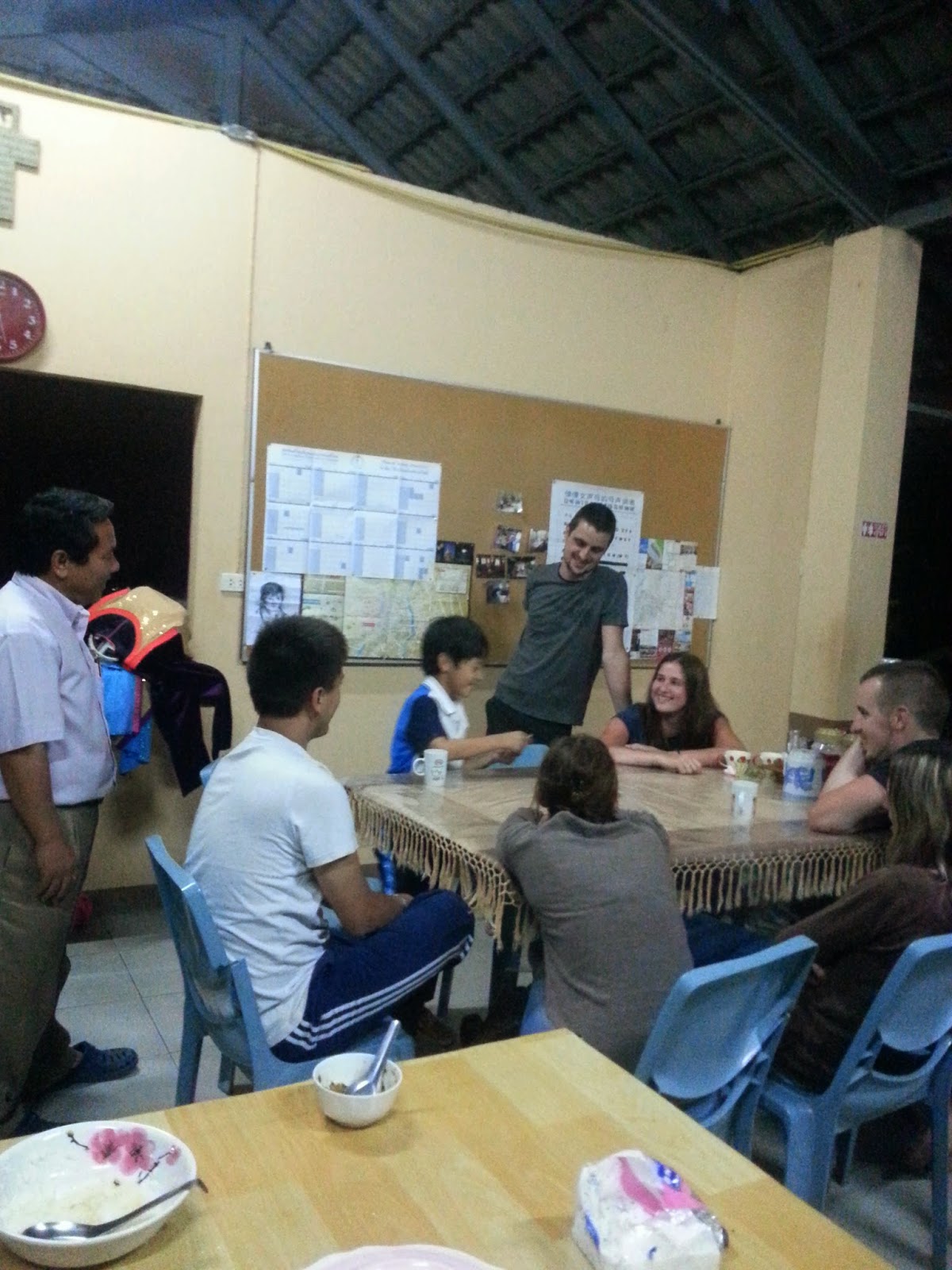 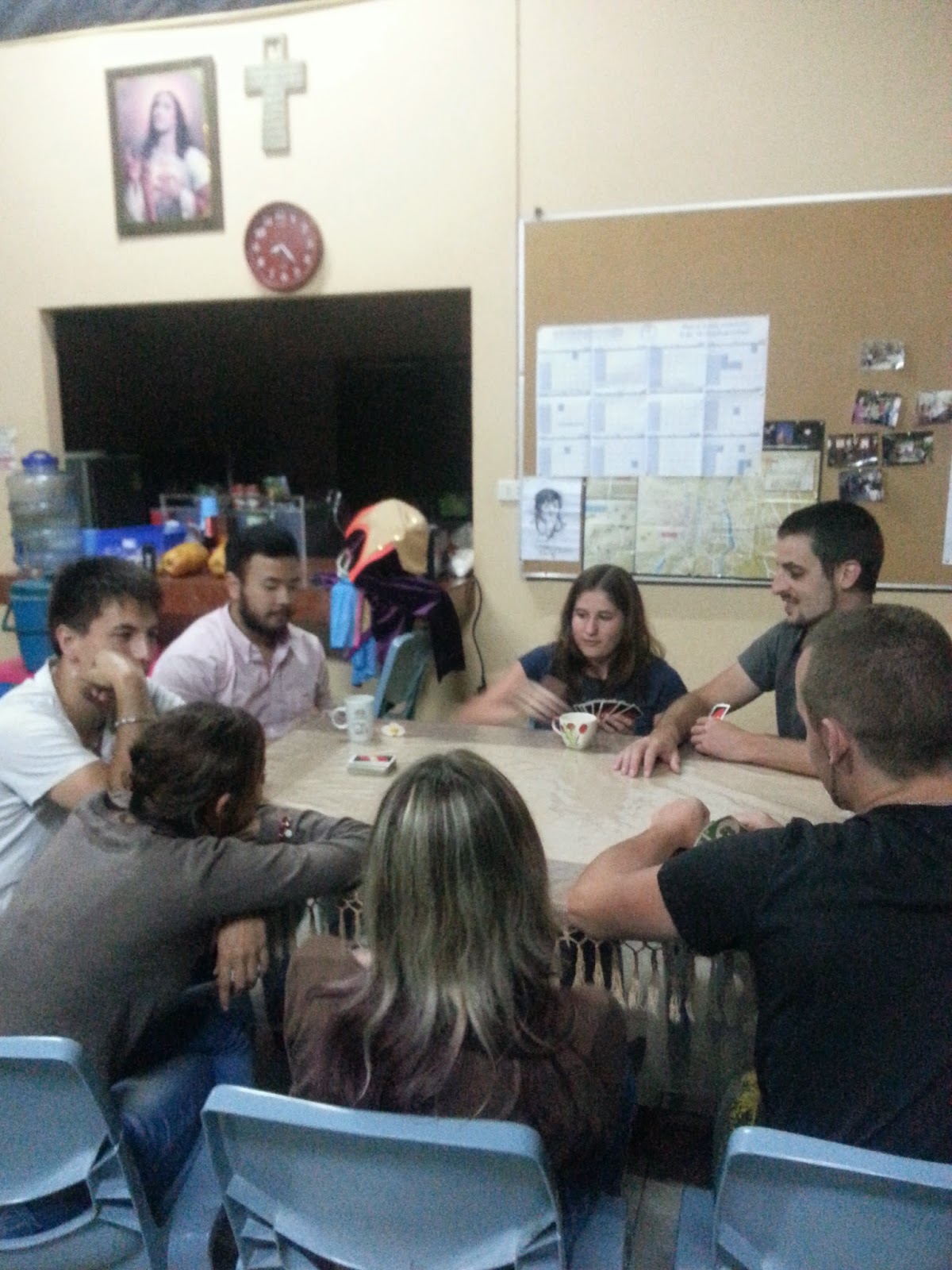 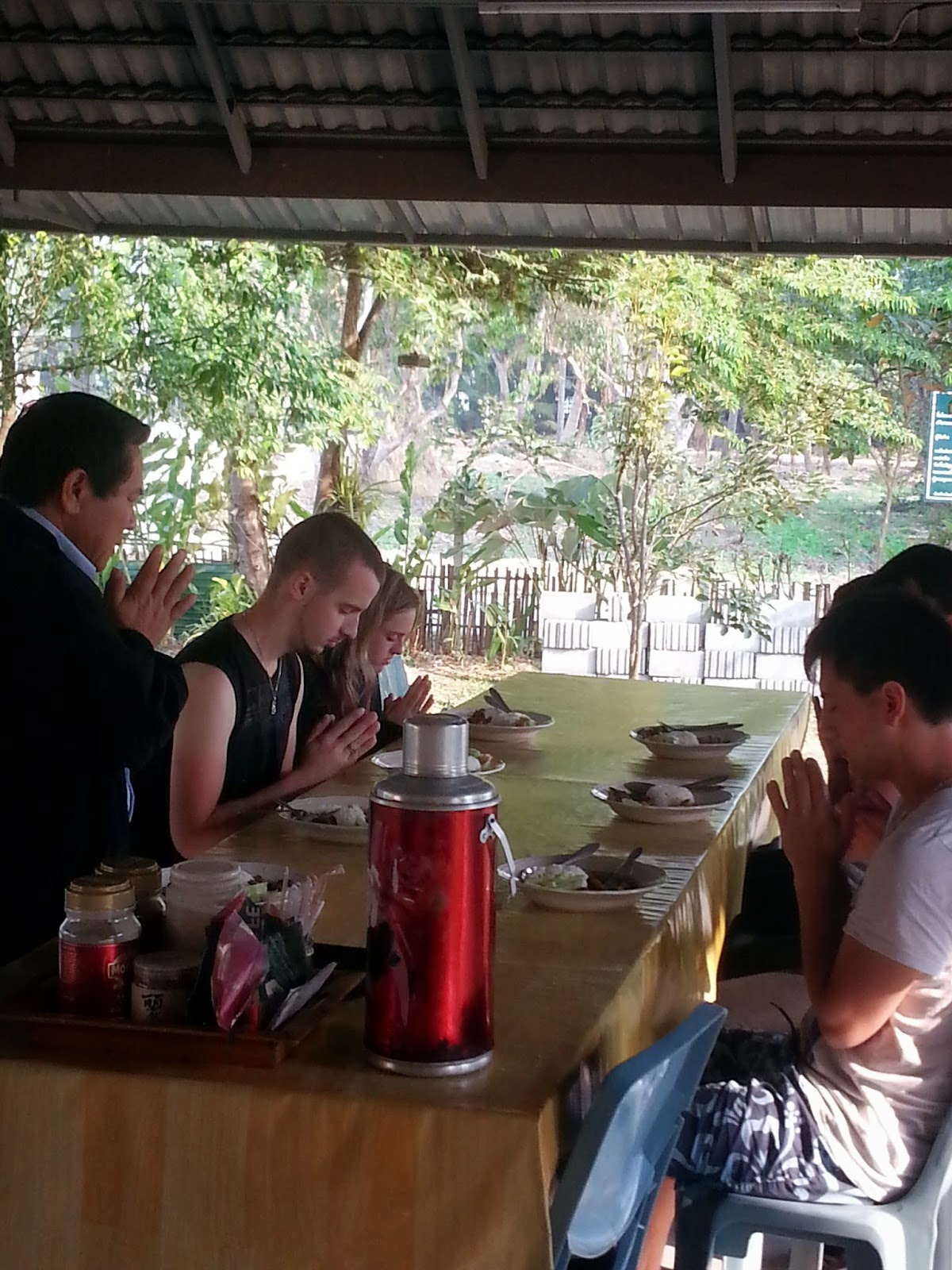 Praying for the meal 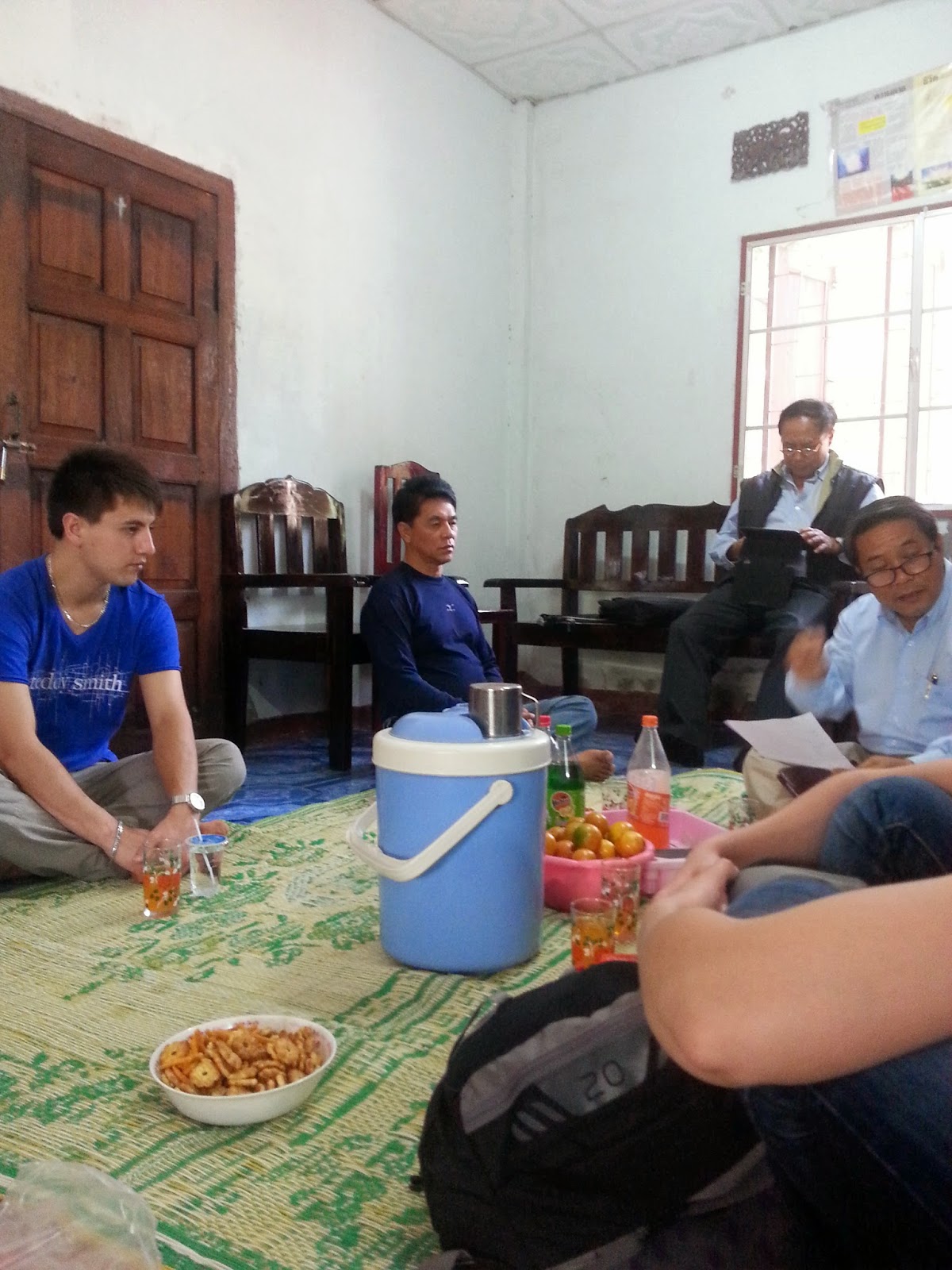 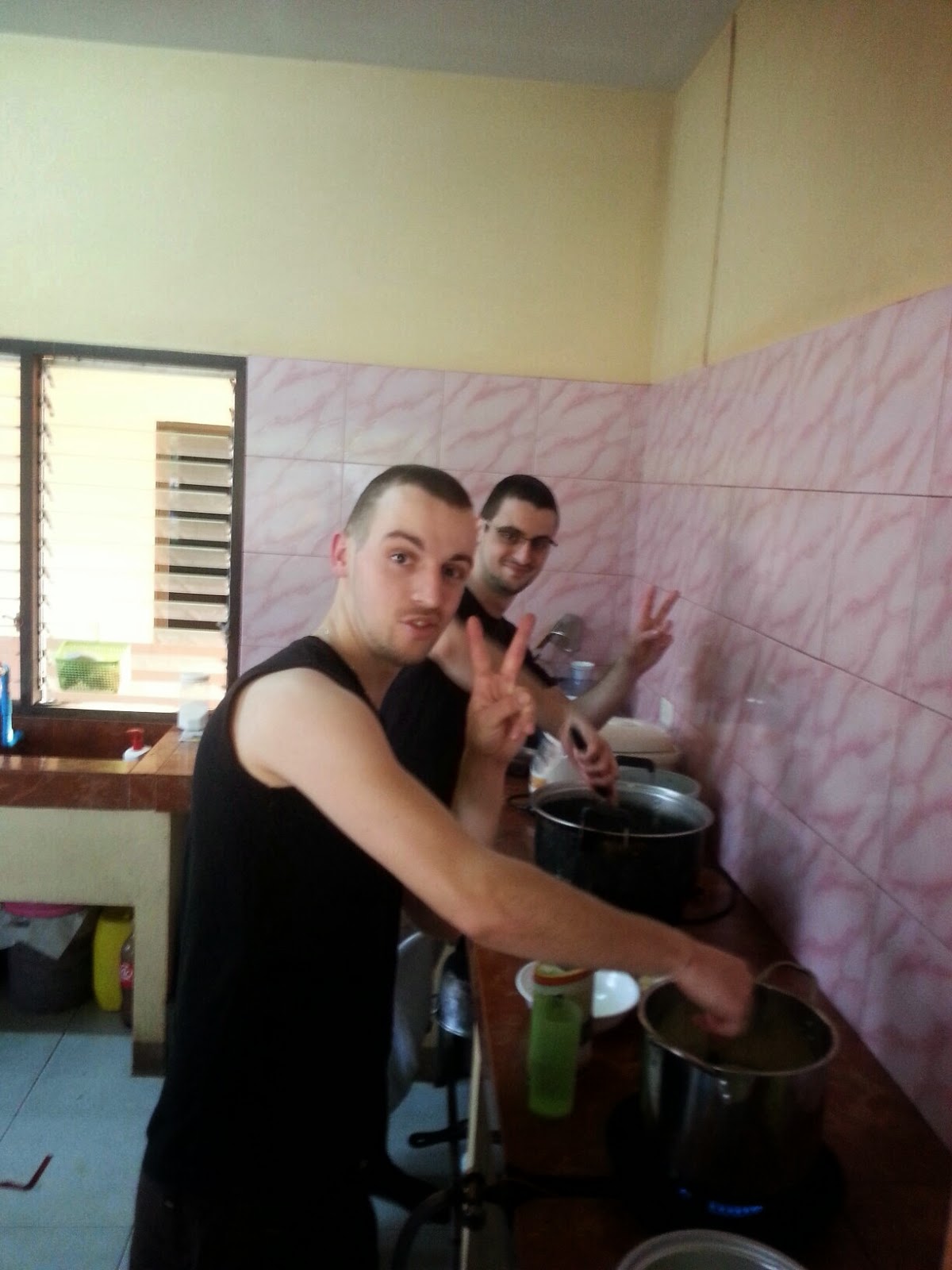 
The Life of the Wongs:

Isaac is taking his second grade final exams.  His summer break is March-April.  John is searching for potential colleges and applying to a few colleges and universities.  Nick is still teaching English for his living while making evangelistic trips with his dad on the weekend.  He is busy preparing for the upcoming Youth Camp at Myitkyina, Myanmar on April 12-18.  Nick’s youth minister friends, Drew Hanson and Caleb Hutchcraft, from U.S. A will join him in teaching at this Youth Camp.  Drew has never been to this part of the world, so this is his first time.  Caleb had been to Thailand a few years ago, but it will be his first experience in Myanmar.   Please lift them in your prayers.  Becky is finishing her last semester at her university.  She will graduate this upcoming June.


Mary has become an expert on rice.  She plants rice, twice a year.  Besides raising several dozens of chickens, she was very busy in hosting guests in order to make everyone feel at home while staying with us.  She was also very active in ministry by scheduling the dates of the house-devotions since so many people from several different villages called us to preach and pray for them.   She is the blessing for our family and ministry.  Thanks God! 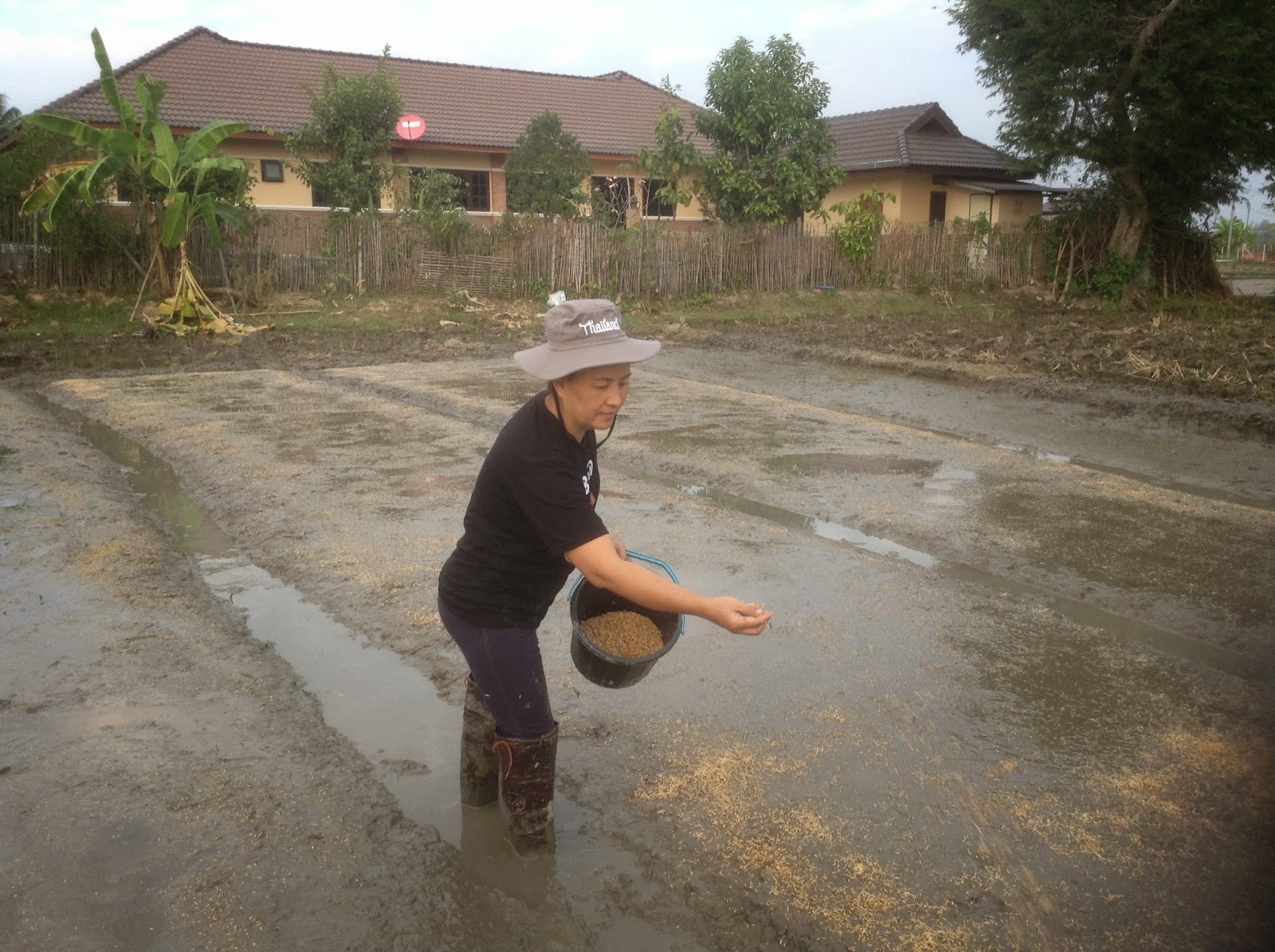 Mary is seeding rice for her summer crop


Stephen has been busy in meetings.  Almost every day he attended or held meetings with various groups of ministers, mostly discussing on strategic planning for mission works.  One of the key meetings was a meeting with Wycliffe Association.  Wycliffe Association and Stephen’s teammates agreed in general terms that the Lisu Bible of 1968 version needs to be revised.  Though the 1968 version is the most popular one due to the usage of a lingua franca or a common language of Lisu, there are various mistranslations in this version.  Moreover, several texts appear to be paraphrases and even theological interpretations, rather than translations.  Some of the imperative modes were translated into the narrative forms; therefore, those texts have lost the power of the commission.  There is a long way to achieve this goal.  Your prayers for this needed ministry are much appreciated!

Another meeting is about how to carry out the true Gospel of Jesus Christ to the lost souls in many areas of China and Myanmar.  One of the best ways is to hold another Lisu cultural seminar and exhibition in Chiang Mai.  This way we will be able to win many lost Lisu people in China, Myanmar, and Thailand.  Stephen is one of the key persons in contacting with several mission organizations, Christian business men, Christian police and military as well as missionaries to organizing this cultural seminar and exhibition to be happened on March 13-17, 2015.  Many non-Christian leaders from China and several Christian leaders; senator, minister from Myanmar will attend this event.  Please pray that God will move at this seminar and exhibition. 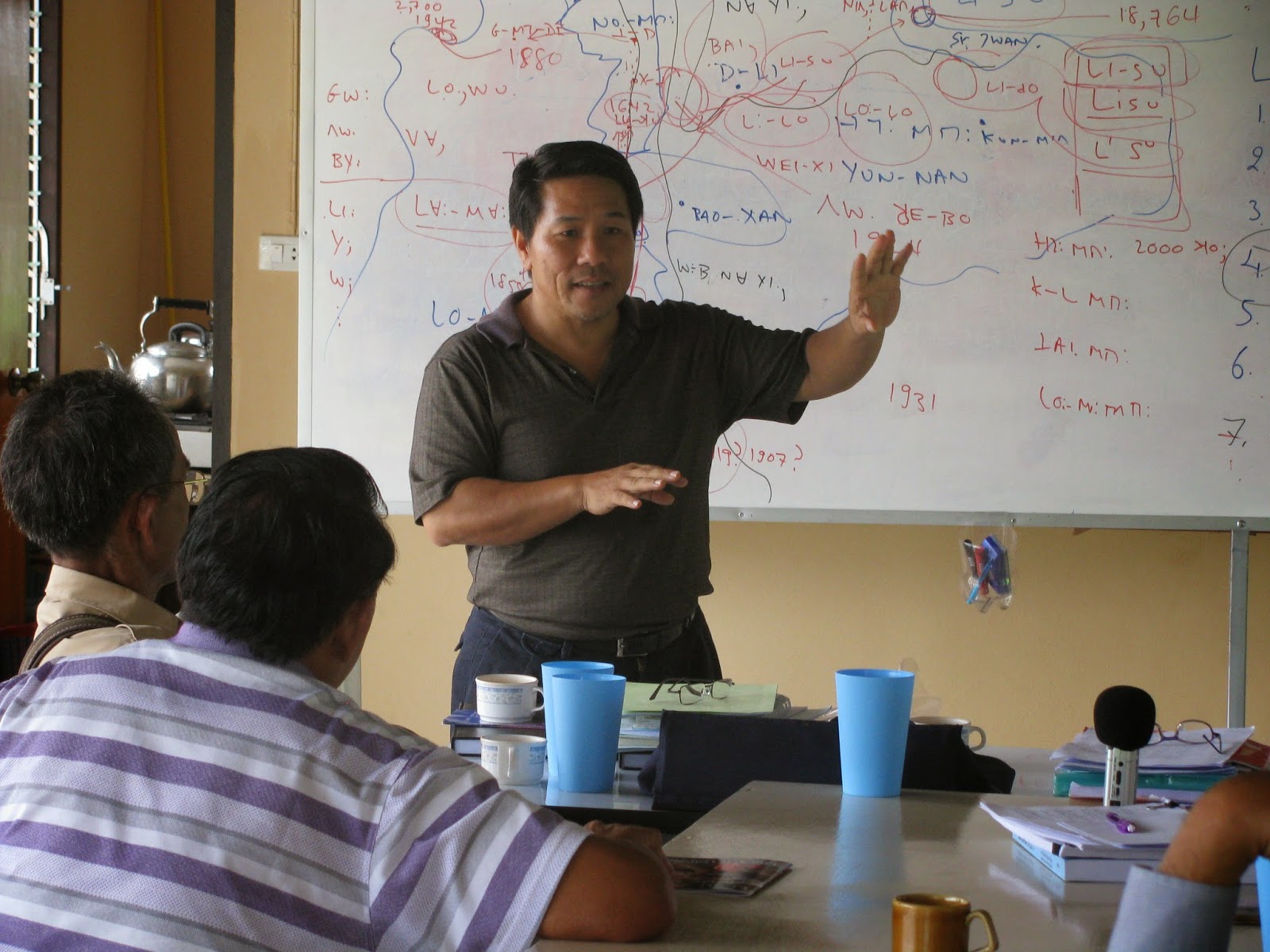 Stephen is speaking at the meeting 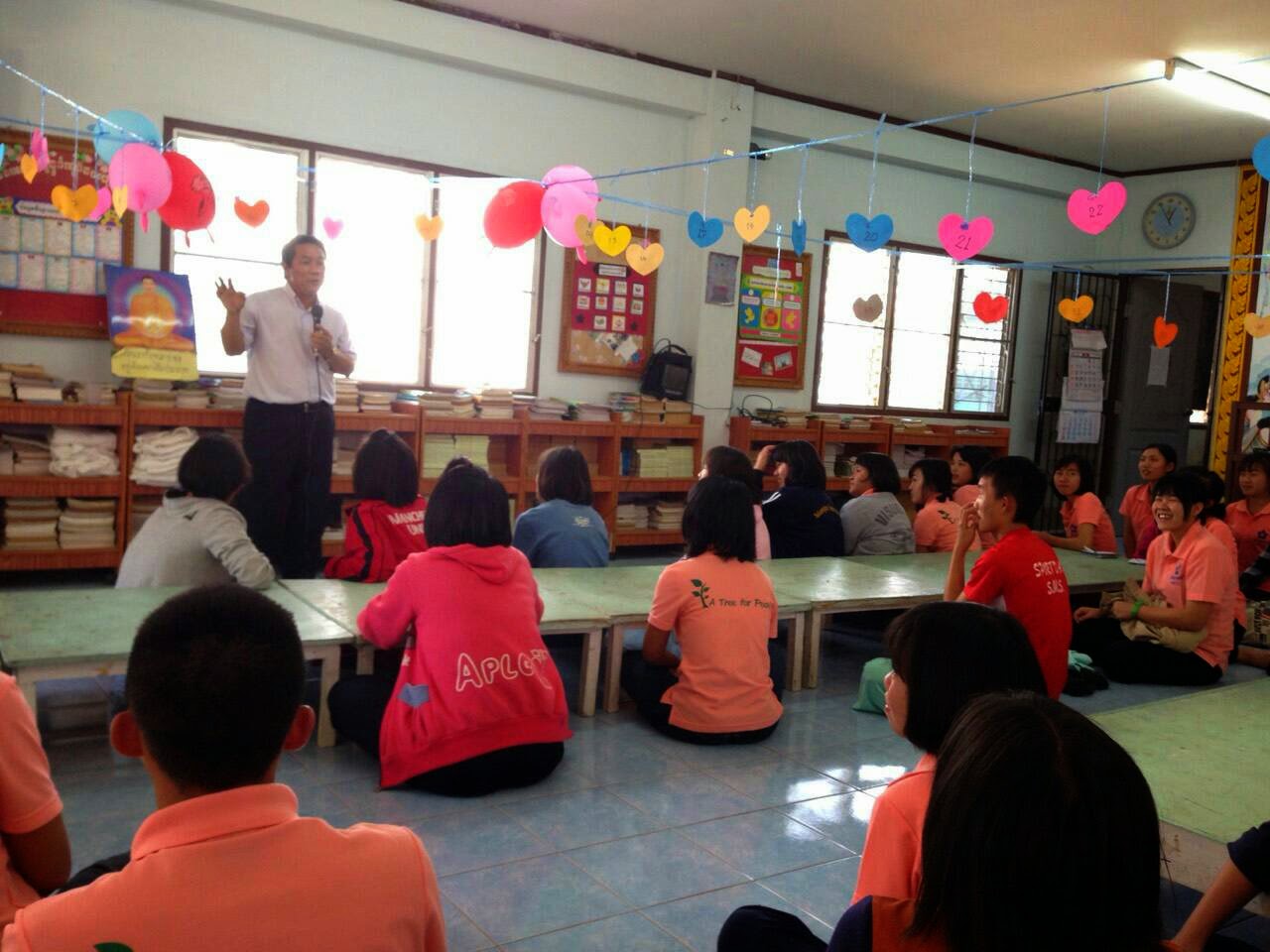 Stephen is sharing his testimony to school children 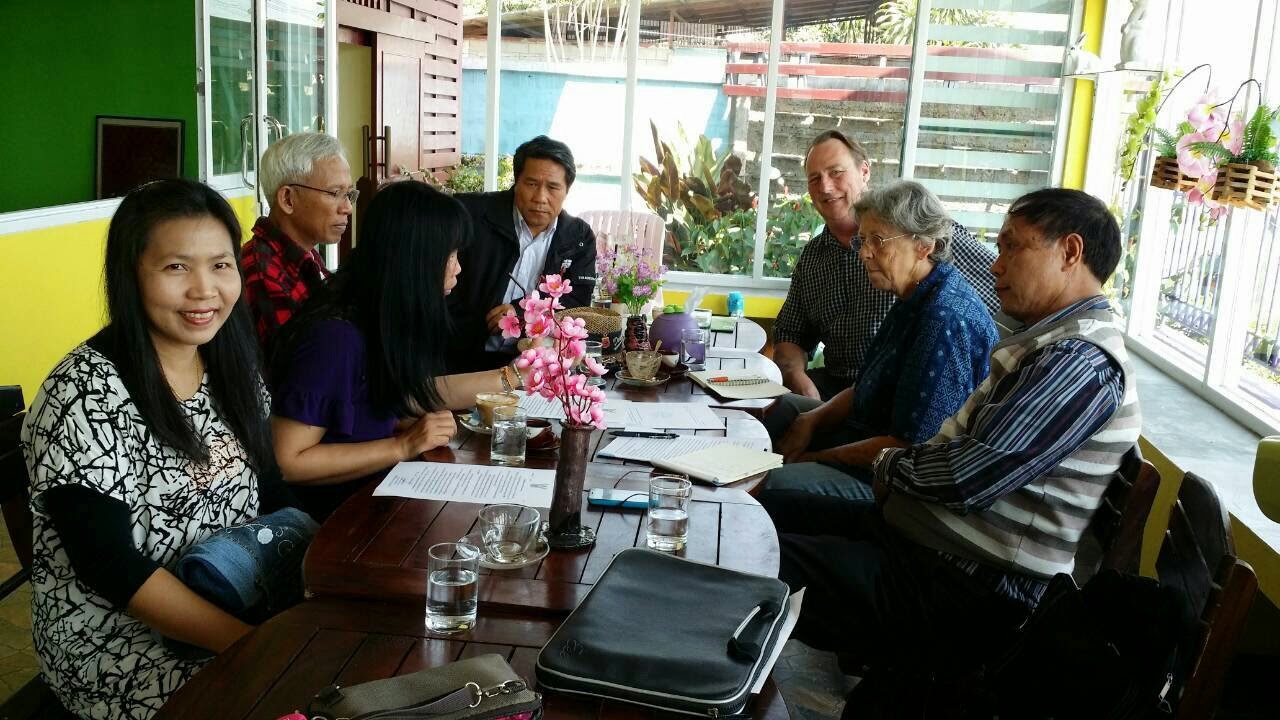 Meeting with some missionaries 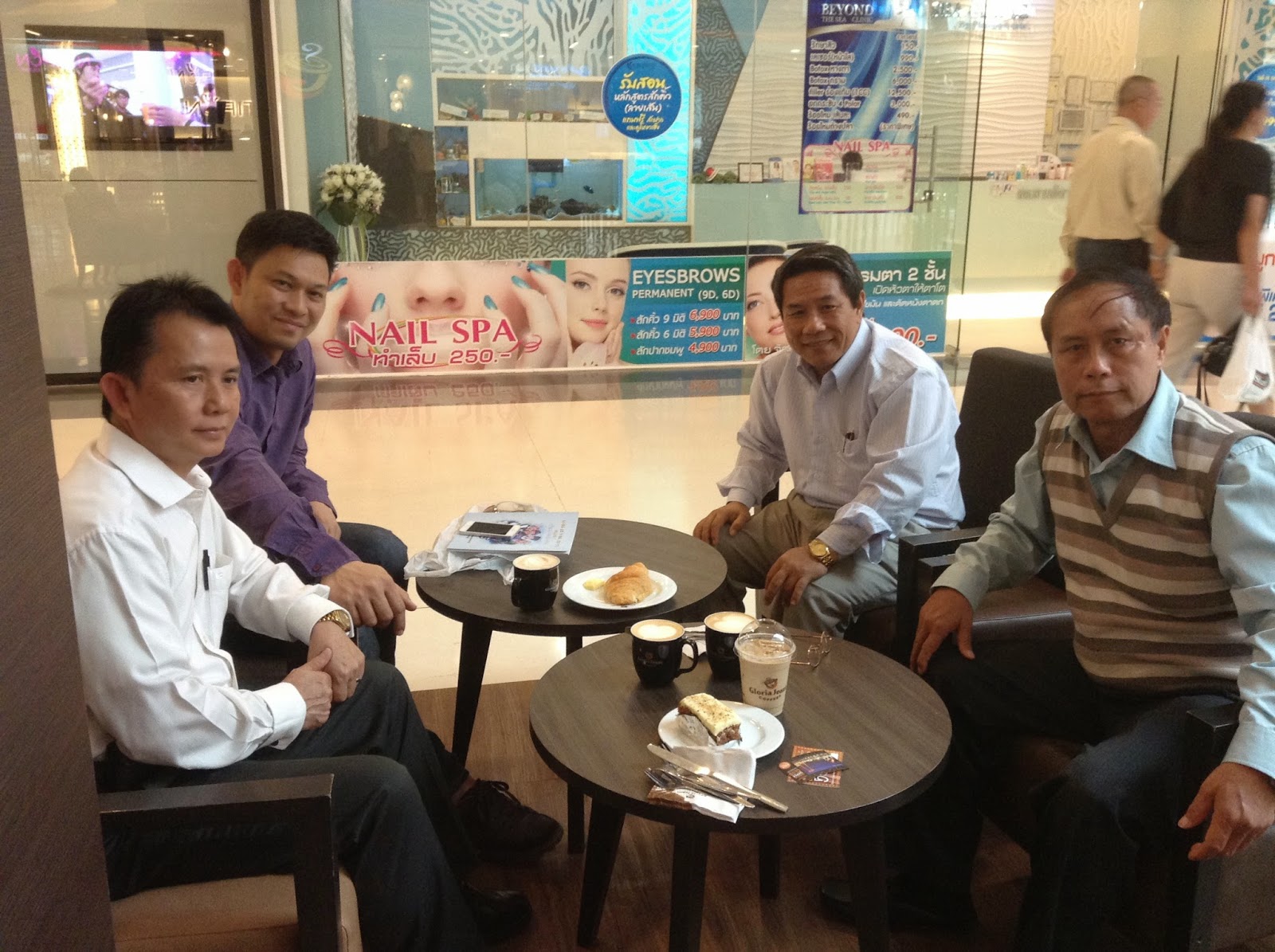