To begin the New Year and to have a spiritual preparation for 2013, we would like to invite every one to participate in prayer for our mission work.  We are encouraging every individual Christian to take an opportunity to join in united prayer for the evangelistic work throughout , , and .

In addition to our regular routine—evangelizing, preaching, and teaching seminars and conferences throughout , , and , we are setting our (new) goal to bring the gospel of Jesus’ redemption to many un-reached people who live in various restricted areas at the center of .  To my knowledge, no one of Yin tribe or Paung tribe has ever accepted Jesus Christ, nor is the Bible in their languages.  We also have a vision to carry out the Great Commission to various ethnic groups of people starting from the border of Thailand-Burma to the border of Burma-India.  If it is God’s will, we would like to sweep every village with the Gospel of Jesus Christ.  Since no one has ever done this before, we don’t know how far or how long it will be until we are able to reach them for Christ, hopefully within 5 years we will reach the border of .  We are scheduling to start this evangelistic trip this March, 2013.  We very much appreciate you lifting up this evangelistic trip before the living God and Lord, whether in your daily, weekly, or monthly prayers.

Christmas among Lisu Christians is very different from the States.  As we mentioned other places, that Christmas among the Lisu people is a church-oriented event, indeed, a para-church event.  Lisu people from different villages and different areas will gather together at various places which are set throughout the month of December.  In short, there are several Christmas’ in several places.  One of the tricky ways is that the speaker at the convention would not be announced until the hour before the service.  Therefore, we as preachers have to prepare several sermons when attending these conventions so our sermons would not be the same as others called to preach at any service.  The service lasts three days with three services each day.  Stephen received the honor to speak at one of these conventions which was held at Hui Ko, where there were about 2,000 attendants. 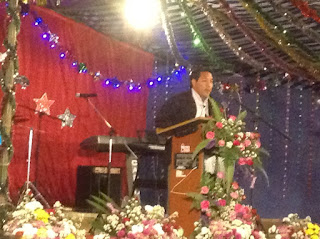 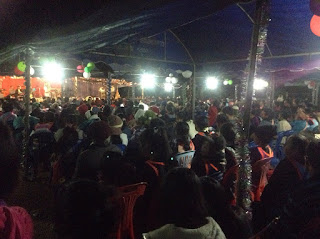 However, our best Christmas was at our site when we hosted 32 neighborhood kids who are Shan, a displaced people group from .  Mary bought each of them new clothes and make up and pedicures for all little girls.  Thomas and John led games, Stephen told them about the true meaning of Christmas, and our little Christmas ended with feeding fried-rice covered an egg, according to their orders.  Some of them had five plates in a row!  We all did have a very great evening.  Through our deeds and words to these little dislocated children who have very, very limited resources, we are hoping one day God will open the eyes of their hearts and they will know and accept Jesus as their own Savior and Lord. 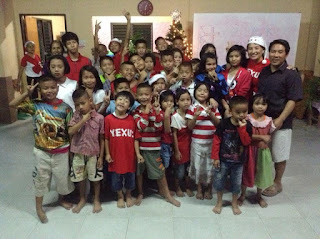 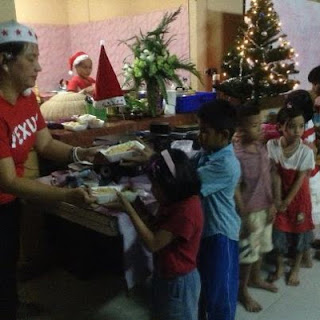 We as a family had a great time during this past month.  Children had two weeks off from school.  John studied Lisu language for a few days, which made his Christmas at village very different.  Isaac, in particular, was so excited to camp out so Stephen took him out at New Year’s Eve.  They had a great time!  Isaac also had a great time with Becky since Becky is a good story-teller.  Every night Isaac left everything for Becky’s story.  Praise the Lord, for this past Christmas; it did make our families life different!

Again, thanks for all your partnership with our ministry throughout the year of 2012.  We are looking forward to further partnering in advancing His Kingdom to lost souls in Southeast Asia and China in the coming years until the Lord’s return.
Posted by stephen at 4:07 PM