Thank you to all of you who continually support our ministry here in Southeast Asia and China which is based in Chiangmai, Thailand.  Whether you are a regular or a one time money giver, or time in prayer, you have always been the encouragement that we need.  Your endurance in partnering is a very essential part to our ministry in expanding His Kingdom and carrying our the Great Commission to the lost people through our evangelism, equipping and empowering native leaders throughout Southeast Asia and China.

During the past two weeks, we (Stephen and students) had a wonderful class pilgrimaging through the book of Hebrews.  We explored in depth the five warning passages in the book of Hebrews by taking the Exodus generation as the example and contextualizing them into the Lisu church context.  Yet, there are many differences between the context of the first readers, the Hebrew community and Lisu churches, however; similarly can be applied between the Exodus generation and the Lisu churches nowadays.  Like the Exodus generation, the Lisu people came out of the slavery, not from Egypt, but the realm of evil spirits and, of course, death and sin. The first generation believers of Lisu people firmly experienced God’s power in deliverance, fortunately I (Stephen) am one of them.  This type of spiritual experience has been waned among later generations.  Many of later  generations are losing their focus, rather than fixing their eyes on the heavenly Jerusalem, the unshakable Kingdom, they are seeking things of this world.  Rather than following the footsteps of Jesus or the heroes of faith into God’s promise land, they are like Esau who exchanged the eternal life for a single meal.  Please keep these students in your prayers so that they would transform their churches, their city, their country with the Word of God.
Equipping the Christian-servant leaders is a very challenging ministry.  It is challenging not only because of our emphasis on the Word of God, the Scripture, but also because of taking Jesus’s path on the Cross as the model in every aspect of daily lives.  Particularly, the second group of our students from Myanmar are very unique.  They come not only from different ethnic groups of Lisu people, but also various theological backgrounds.  Except Moses, each of them graduated from Bible college in Myanmar which emphasizes on mission or theology.  Whether graduating from theological college or from a mission college, they all share one similar thing, that is, no solid biblical knowledge.  Their biblical foundation is critical.  They learned the method of evangelism or the theological topics, without learning the Scripture in depth.  This was the major reason that most of our faculty felt very frustrated.  I (Stephen) personally felt very discouraged at their first year since we emphasize on the Scripture, studying the scripture passage after passage, book after book and applying them accordingly.  We are searching what each passage in each Bible book meant and what it means for us today.

After spending three years, they are now so different.  After patiently teaching them book after book, for instance, Philippians, the First and Second Corinthians, the Gospel of John, Romans, etc, their lives have been transformed by the Word of God.   Equipping them out of the emptiness of biblical knowledge to the point that many churches in their hometowns expecting to hear God’s Word from them does really bring us joy.  It is our joy in seeing the spiritual fruits that they will bear for His Kingdom.  This is the reason that we keep thanking God and you all for your financial and prayerful supports.  This is the major role that you are being part with.  Without you, we would have never accomplished such things!

Our appreciation goes to Mary who not only took care of all the daily needs, but also took students out for evangelism and church visiting at the weekend so that the students would be able to practice their preaching and teaching in the real church contexts.  Our gratitude also goes to Becky and John who tirelessly took turn every night in teaching and improving students’ English skills, while Nick took his time off for three month and has gone down to Bangkok for a special bi-vocational-training.  Nick has done his best to do a tent making ministry.  Our appreciation goes to Isaiah Yintum who graduated from Cincinnati Bible Seminary teaching two consecutive weeks on preaching and biblical theology.  Though struggling with the health issue, his sacrifice for 6 hours a day in equipping these students is beyond words of expression. 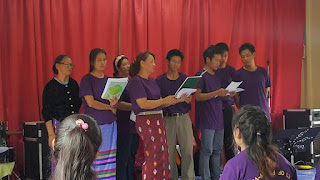 Mary and students are singing a special choir 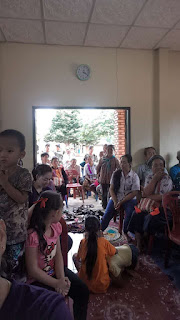 church at village is packed inside;
church attendants have to sit outside
the church building 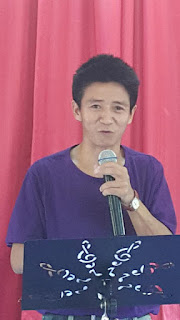 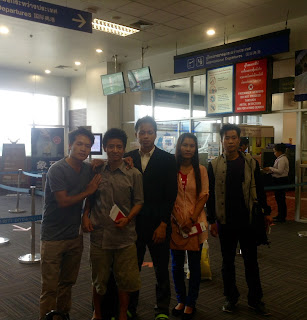 Students at the Chiangmai International Airport,
returning to their ministries

At the moment, the Wongratanamajcha family is going back to the normal daily routine.  John is starting his senior year at Grace International School.  He is studying intensively for his ACT test.  Isaac is in his third grade.  Mary is not only busying the environmental improvement of the site, but also turning the place for an alternative medication.  A group of alternative doctors from Korea came to our place and gave our neighbors an alternative medical treatment, acupuncture in particular.  Stephen is preparing himself for holding another leadership conference in Myanmar, if God is willing, this upcoming November or December.  He is also going through his lectural notes for the first group of students from Myanmar so that they will be able to enroll their graduation ceremony during the conference.  Again, he has been invited to be a guest speaker in Yunnan, China, on Lisu culture in this upcoming October 2015.  His article entitled “The Uniqueness of Lisu People and Culture” written in Lisu and translated in Chinese will be published at the conference.  He is wavering to take the invitation, unless he will be allowed to teach non-believing villagers in Yunnan and Sichuan on how to read the Lisu language.  Because this is the only way, he believes, for the non-believers will be able to read the Lisu Bible.  He is negotiating with the board of the conference.  Much appreciated to keep this deal in your prayers.  Moreover, Stephen’s anthropological book entitled “Dancing with the Song of Life,” has seven volumes.  The first volume is at the process of translation into Chinese and hopefully will be published in China soon.  This book is about Lisu life, culture and language.  It is composed mainly with the Lisu traditional poetry genre with a brief explanation in narrative genre.  His commentary on the book of Revelation is at the final stage of proofreading before publishing in Myanmar this upcoming November 2015.  God’s blessings go particular to Saxonburg Christian Church for a designated fund to publish the commentary on the book of Revelation. 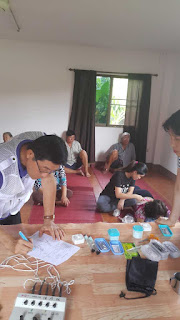 An alternative medication from Korea 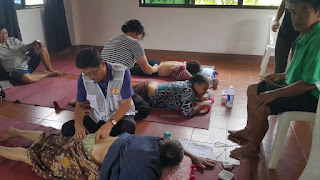 Again, we want to thank you for your consistant partnership.  Much appreciated for your continuity on what you have done—especially in prayers.  Please pray for our AIS students/pastors who are going back to their own churches and country, Myanmar, with God’s Word.  Pray that God’s Word will be able take root among them so that the Kingdom of Christ can grow not only among themselves, but to their neighboring ethnic group of people who still remain in the midst of spiritual darkness.

For the Sake of His Kingdom,


Stephen and Mary
Posted by stephen at 1:21 PM