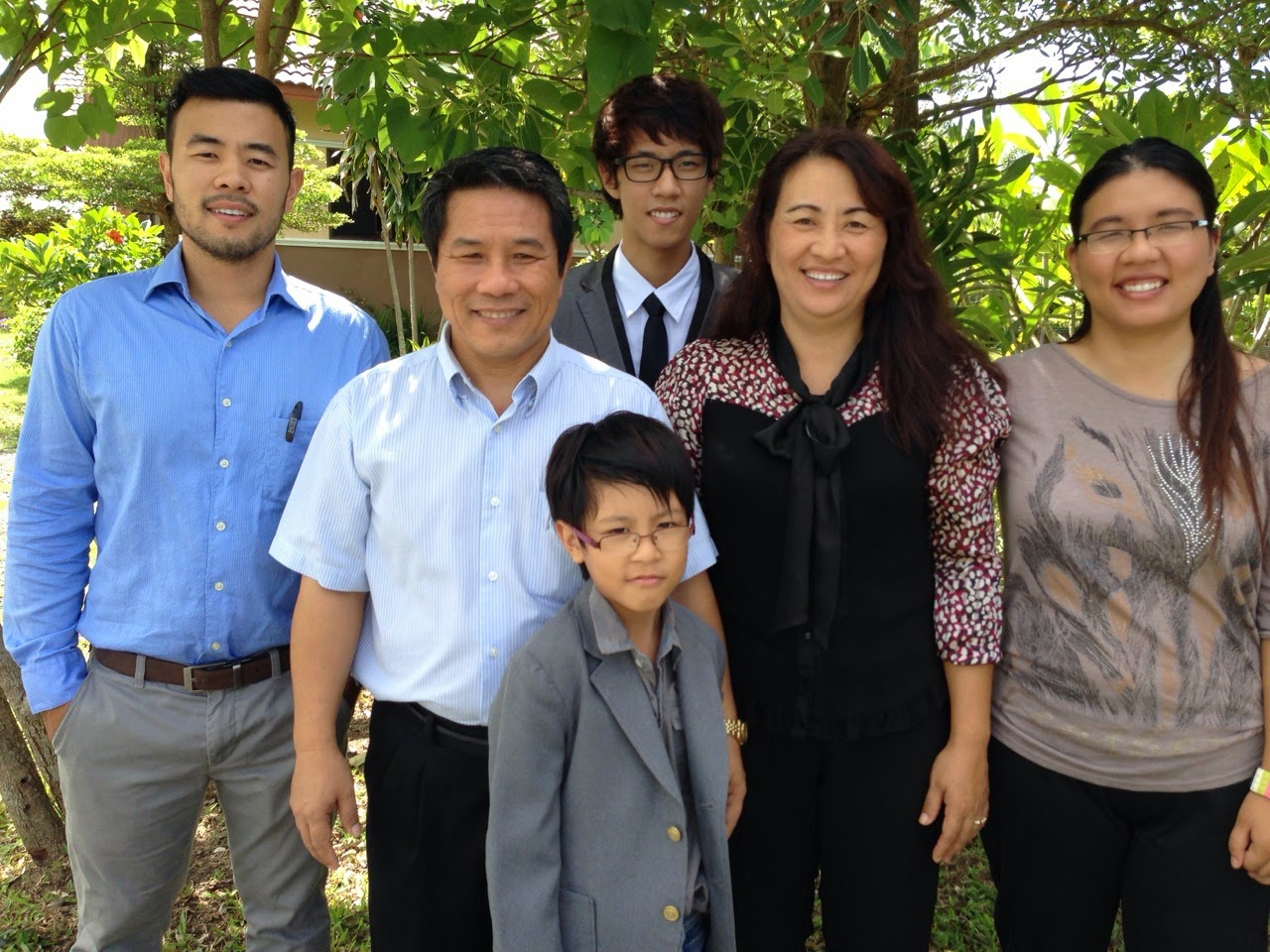 Our family has been greatly blessed; it has been a great month as parents get to spend time with children, particularly, taking Isaac to school, picking him up, helping him with his homework, and praying with him at night. Isaac is a real “laughter” for our family.  He has a very dynamic life, this month. One day he came to his dad’s office asking to be baptized.  We all then questioned him: Why does he want to be baptized?  And what is the meaning of baptism.  We were amazed with his answers.  He answered that he wanted to be God’s child and to be born again, living a life following the Lord.  However, we decided that we should give him some time to see if he really meant it.  A week later, he went to his mom and asked what prevented him from being baptized.  After recovering for the past few two days he kept asking to be baptized.  Praise the Lord!  He was baptized!  We deeply appreciate lifting Isaac up, both his physical and spiritual health, in your prayers. 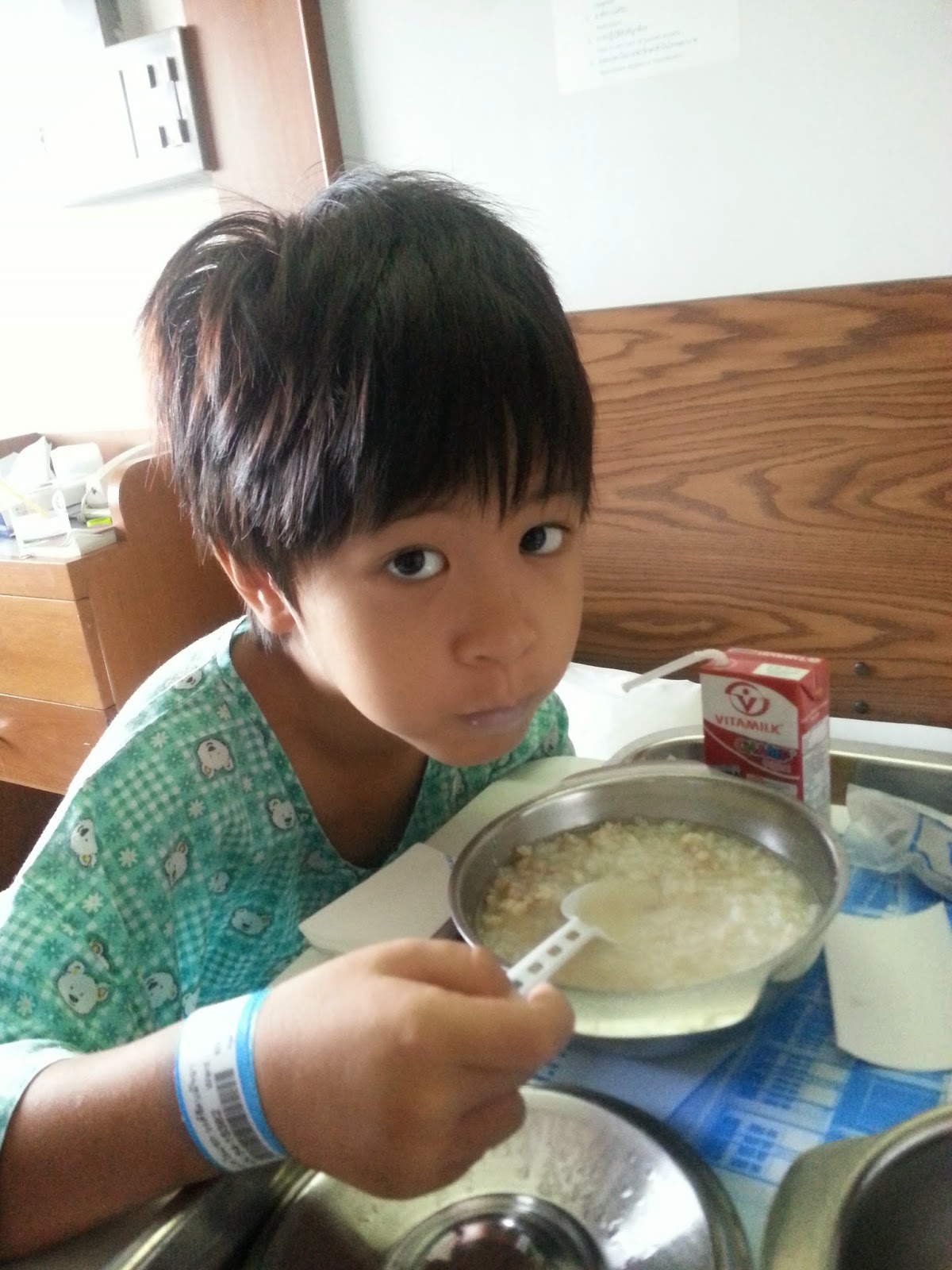 Isaac's recovery at the hospital 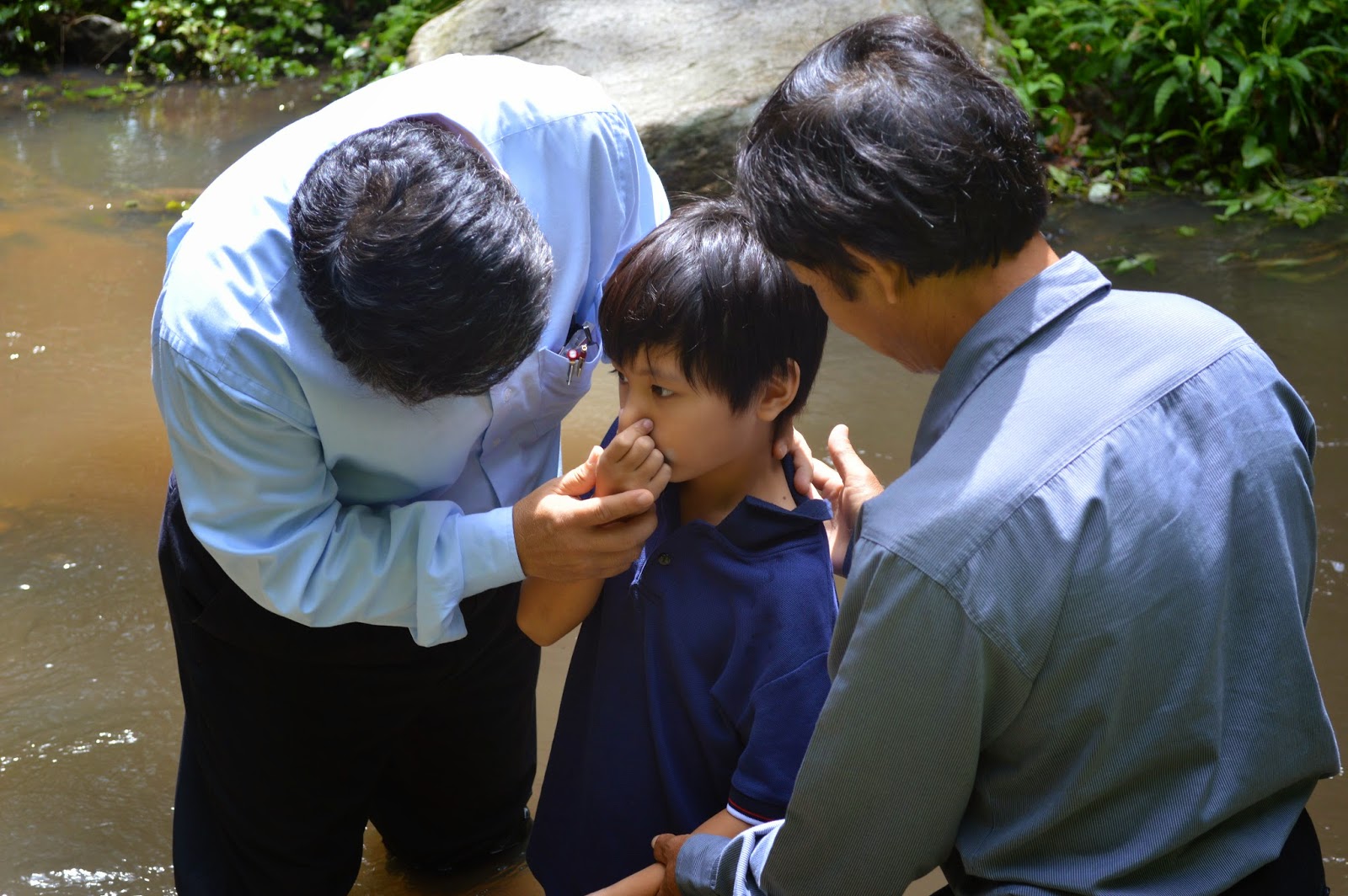 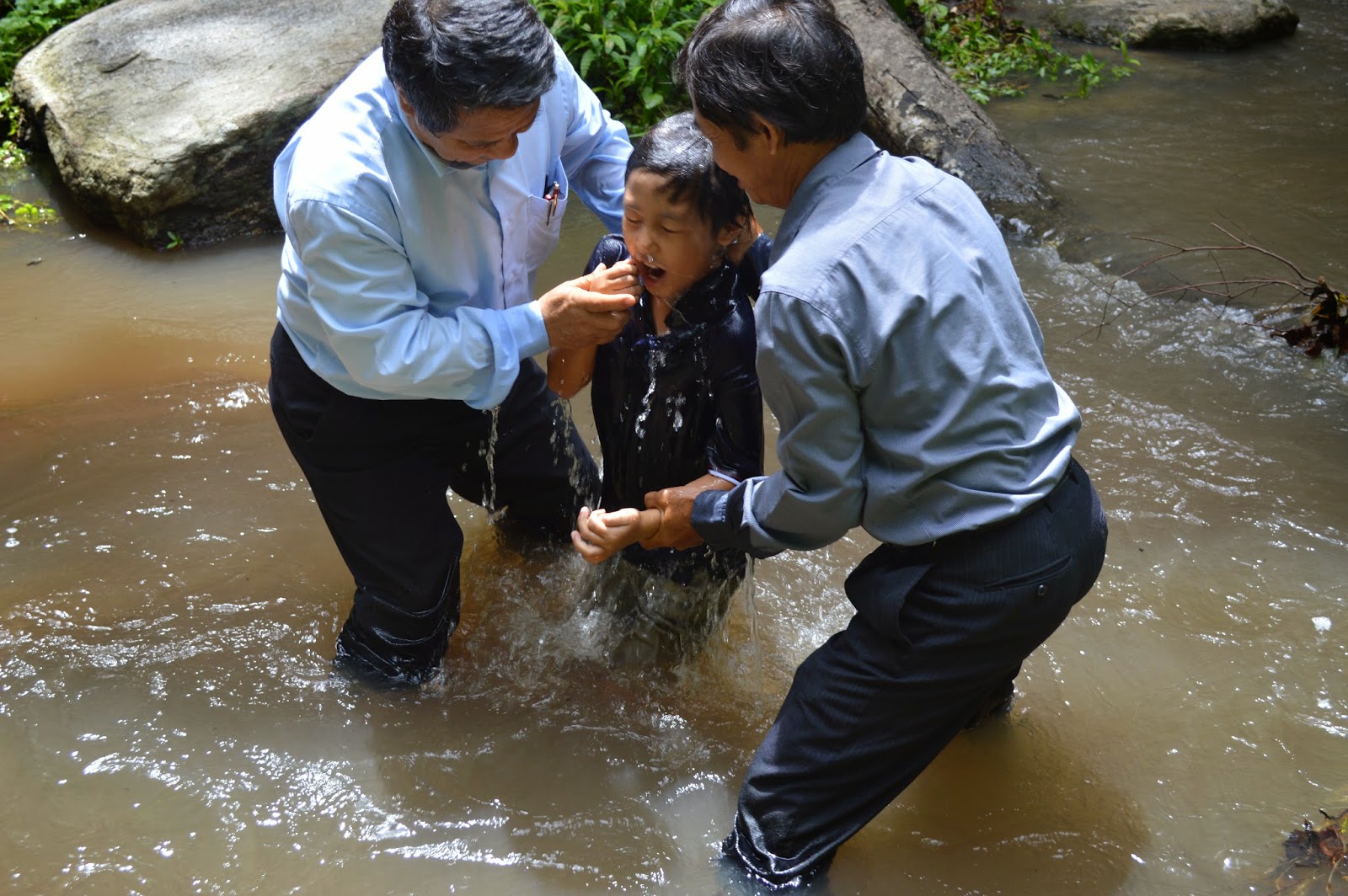 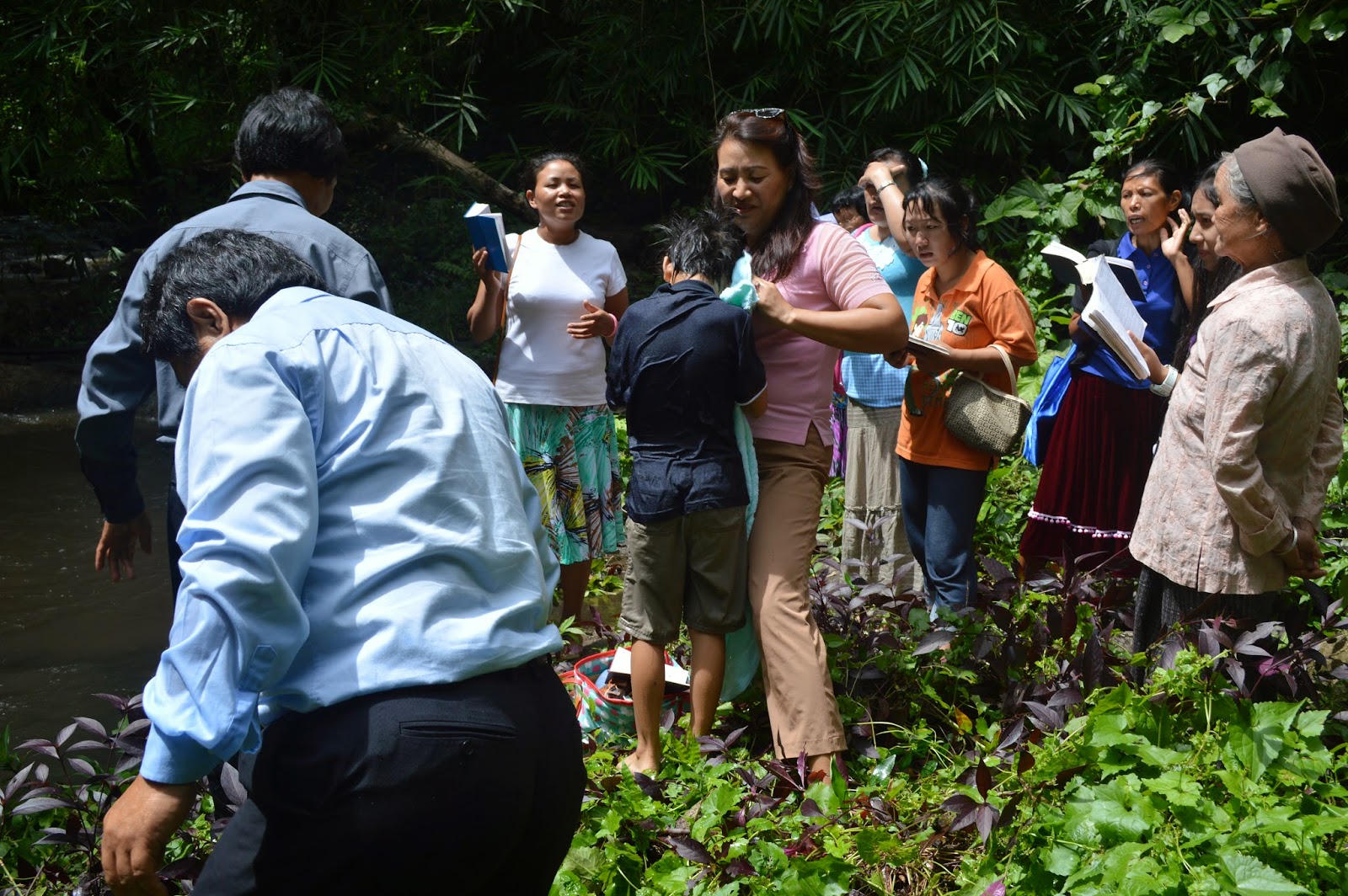 It has been a real blessing, in fact priceless, to see our children grow up spiritually.  We are now taking Nick and John to visit churches during the weekends in order to equip them for the works of God’s Kingdom and to train them in preaching God’s Word, in particular.  Nick really needs to relearn the Asian culture because he lived most of his life in the USA.  Since he is struggling in his financial support, he is now teaching English where he can earn some money so that he is able to continue his ministry.  If God is permitting, Nick is planning to go for a mission trip to Laos with Stephen this upcoming November and help teach at the Christian leader conference (youth section) in Myitkyina in December. He will also conduct a youth camp in Myanmar on March-April, 2015 and his three youth minister friends from the USA may possibly join to help him since there will be over 400 junior and senior high schools and university students attending the camp.

John has been blessed in various ways since he grew up in both cultures: Asian and Western.  He has been educated well, both academically and spiritually.  His school, Grace International School (a Christian school for MK—missionary kids) has trained him well.  His biblical knowledge is on the fine line.  Often, he does a great job in preaching God’s Word both at home and in congregational settings.  He is now a junior in high school.  Your prayers for John and his school, GIS, are much appreciated.  You can visit GIS at http://gisthailand.org/ 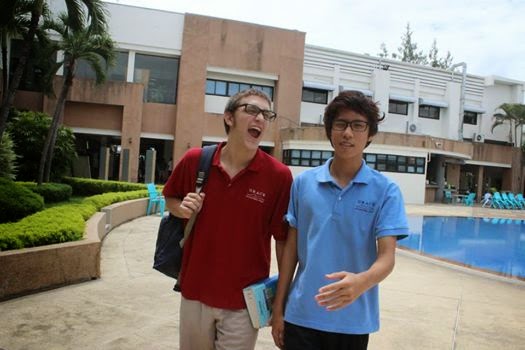 John at his school, GIS

Becky is still helping our mission by taking charge with a full schedule of teaching English to our neighboring displaced kids.  Her university has asked her to write a curriculum on how to teach English for non-English background children so that they will be able to use it as their text book.  She is now not only busy in teaching, but also writing the curriculum for her university.

I (Stephen) have spent most of my time in studying 2 Corinthians in depth (then to the Gospel of John before the next group of student’s arrival).   I have studied these two books for many years, but I have never had a chance to teach these books, so it will be a nerve-breaking new experience classes.  However, I believe that only the true Word of God will transform God’s people.  I myself can testify to this experience.  As a former Buddhist monk and an evil spirit worshipper, I would live and conduct no differently than any other pagan if I didn’t know the Word of God.  My transforming life began when I studied God’s Word and knowing how to apply it to my daily life.  It was almost 15 years after my conversion before I had my first Bible to read (at the early stages of my conversion, there wasn’t any church available for us to attend).  Unlike Christians in the West, a common Christian, particularly the first generation Christians (those who have converted from other belief) among the minority people, have absolutely no knowledge of the Bible. They believe in God because they have experienced God’s power.  They have seen God’s supreme power over the evil spirits and even experienced casting out demon possessions.  But because of their lack of biblical knowledge, they are still living exactly like pagans even after their conversions. 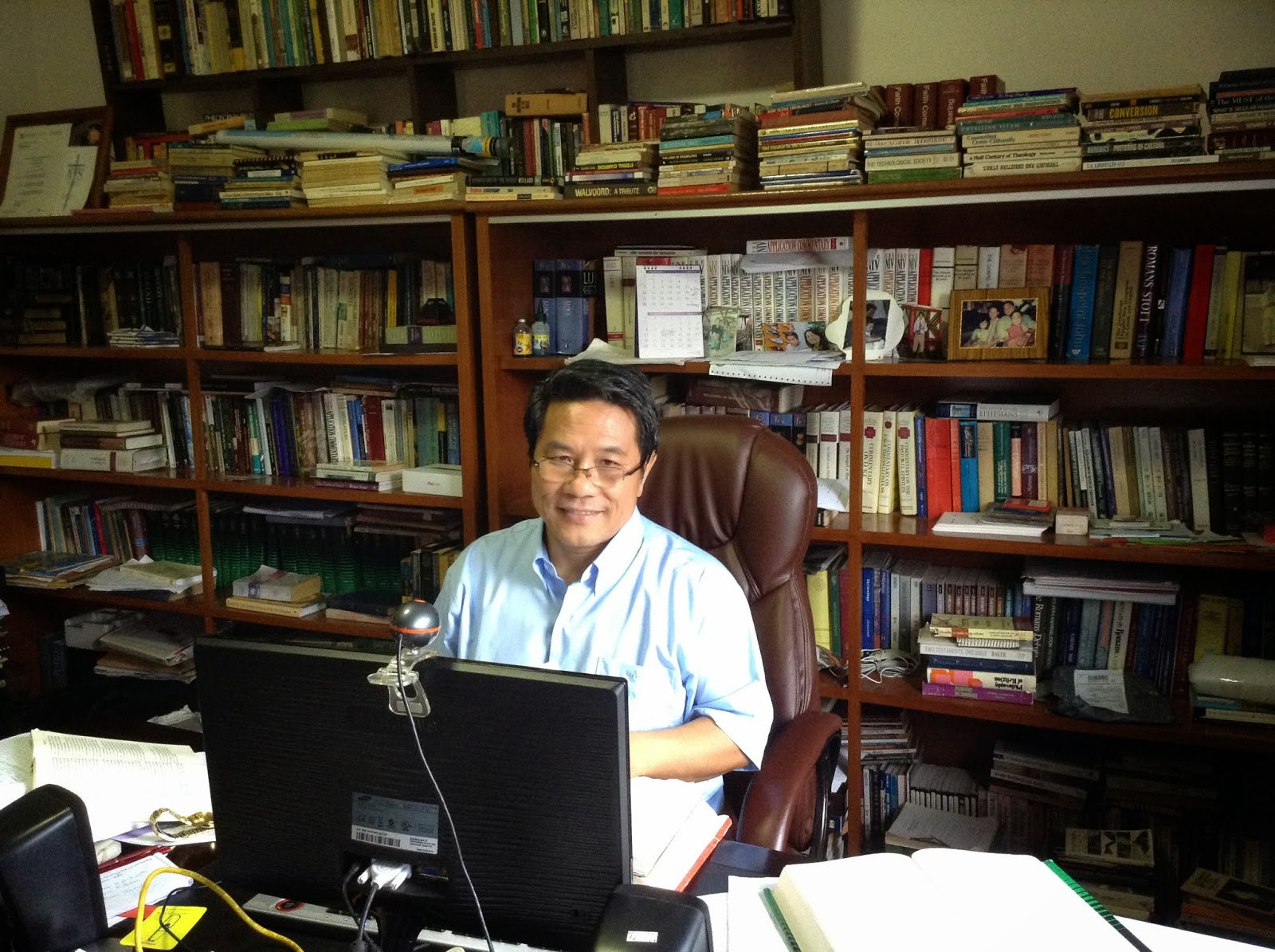 Stephen in the office

Last weekend, Nick and I made our visit to one of the Lahu church in Chiang Dao.  I remember my very early stages of ministry. I helped at this church whose members fled from China due to the Chinese Cultural Revolution.  They migrated to Burma and finally to Thailand.  There were about 25 households among them.  Though they have believed in God for two or three generations; many of them practiced magic, voodoo, calling their spirits for various reasons, and above all the church divided into 4-5 different groups among themselves, in fact each group had their own house church.  After facing such problems for many years, many missionaries gave up on this church; two of their young leaders came and asked me to help build them to become a healthy church.  Because we believe that without God’s Word, there is no true church growth; we started to offer this church a week long bible study, two or three times a year.  After several years, many of them threw out their voodoo.  Church began to unite and now they have over 20 people who are enrolling in His Kingdom’s works.  They have even sent out many native evangelists, to other villages in Thailand, Burma and to China.  This church has become a living testimony, to many other churches in the area, that the authentic church growth must be based solely on God’s Word. 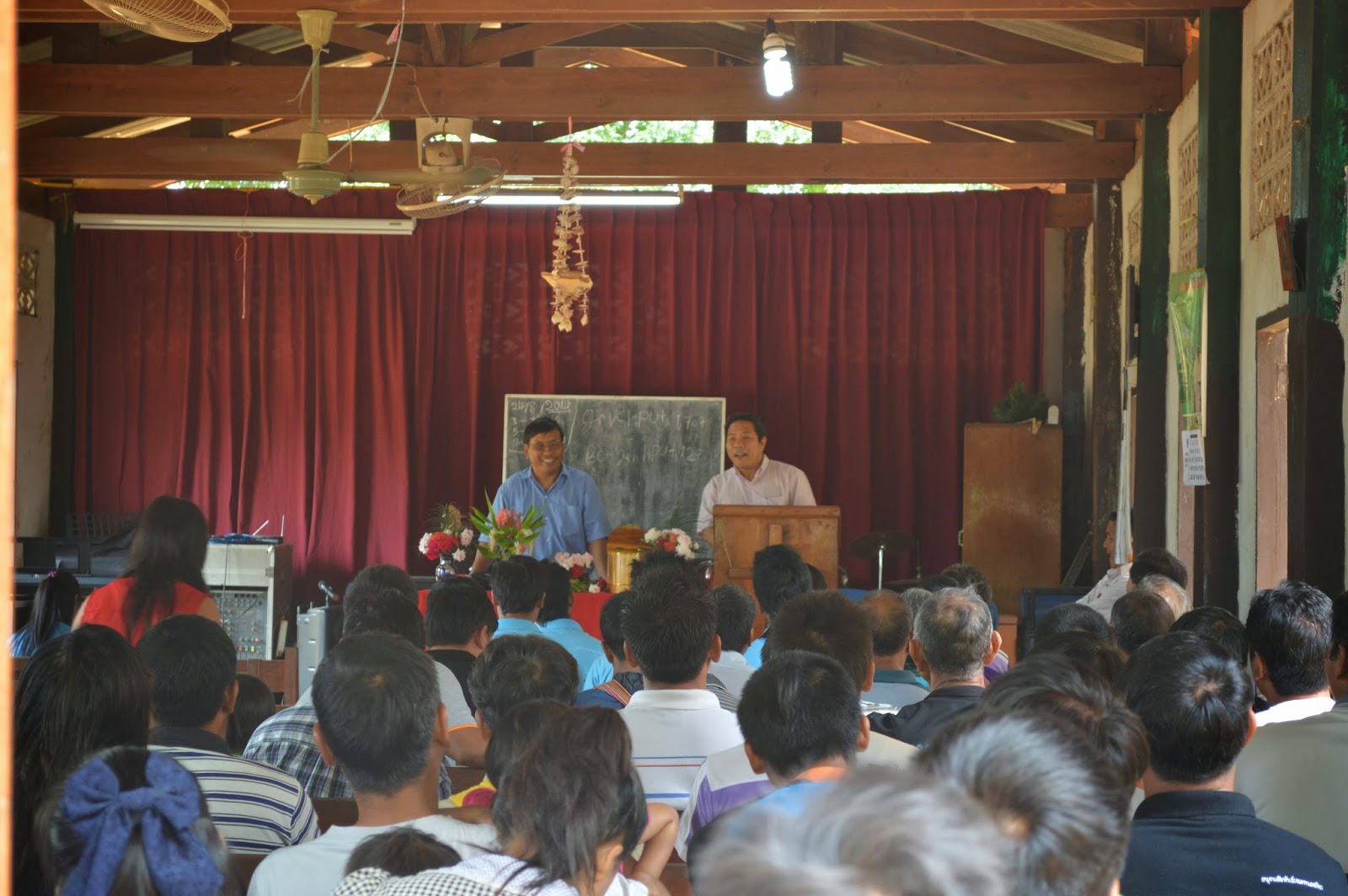 Stephen is preaching at a Lahu church

Many churches in the villages of Thailand have no minister.  Many Christians are struggling with worldly problems, for instance, drugs, alcoholism, and prostitution.  Some churches face theological problems, promoting new doctrine, for instance, the doctrine of perfectionist—Christians are sinless.  Many Christian leaders have come to us, asking our mission to offer them a week or two week long bible study.  Much mission works are needed to be done.

We always thank God for your partnership for the mission works for equipping , empowering God’s people and carrying out the Great Commission to the lost people in Southeast Asia and China.